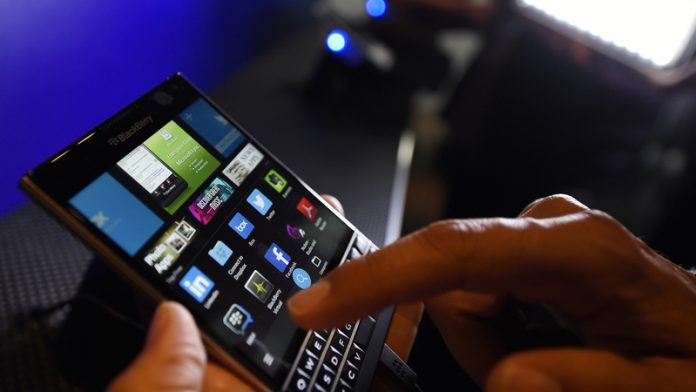 “Once more unto the breach, dear friends, once more,” were the immortal words of Laurence Olivier, or perhaps William Shakespeare, uttered through the character of King Henry V as he urged his troops to mount yet another attack on a gap in the wall of a besieged city.

A similar role is now being played with some flair and less danger of bodily harm by John Chen, executive chairperson and chief executive at BlackBerry. While he did not want to emulate Henry and “close the wall up with our English dead”, he chose England as the staging ground for launching BlackBerry’s latest attempt to find a breach in the intensively competitive smartphone world.

“The BlackBerry Passport was created to drive productivity and to break through the sea of rectangular-screen, all-touch devices,” he declared as he showed off the first truly new shape in smartphones since Motorola flirted with the FlipOut way back in 2010. That’s so long ago in smartphone years, we could be forgiven for imagining Shakespeare himself tried it out.    The Passport is a curious combination of proprietary BlackBerry technology and recent breakthroughs in smartphones in general. These include:

Blend could well be the Passport’s killer feature. It goes beyond the supposed common interface Apple has across all its devices. Tried blending an iPhone and a MacBook? Perhaps when OS X and a future iOS 10 catch up to each other.

That’s not to say the Passport is better than an iPhone 6. It isn’t. The BlackBerry World app store remains maddeningly clunky and short of some of the most popular apps.

This is all the more frustrating, in that the square shape turns out to make for the perfect Instagram phone camera. That highlights the downside, namely that such a wildly popular app is still not available natively for BlackBerry. Yes, there are workarounds to load it, but that’s precisely the point: a smartphone in 2014 shouldn’t need workarounds to do what has come to be expected of any smartphone.

Back in January 2013, previous chief executive Thorsten Heins could get away with dismissing calls for such popular apps by pointing to the tens of thousands of apps that were already available. But that was back in smartphone antiquity, and delayed gratification is no longer in the vocabulary of the modern digital consumer buying a phone that will still be in use in 2016.

If the primary focus of the device is the workplace, however, it is a compelling proposition. Features include a 13Mp rear camera and 2MP front, 32GB internal storage, Quad Core 2.2 GHZ Processor, 3 GB RAM, quad microphone system and Natural Sound Technology that adapts Wi-Fi and cellular call sound to phone position and background noise.

That’s not shabby at all, making it welcome in the boardroom.

They key, as ever, is in the execution of BlackBerry’s roll-out. The new device has made massive waves for Blackberry, as did the original BlackBerry 10 announcement and the more recent low-cost BlackBerry Z3. In each case, however, a significant delay between the launch and the device arriving in store resulted in dissipation of the initial excitement, and the devices made little impact on the potential breaches in the smartphone wall. Pricing strategy has also not been particularly effective in presenting BlackBerry 10 devices as viable alternatives.

That same Henry V “unto the breach” speech included a phrase more usually attributed to Sherlock Holmes: “The game’s afoot”. BlackBerry would do well to heed its original use, however. In Henry IV, Northumberland declared: “Before the game is afoot, thou still let’s slip.”

The reference was to letting dogs slip off of their leashes before the hunt had begun, as an analogy for a rash battle strategy. It aptly sums up the potential gap between the weaponry Blackberry has at its disposal, and its deployment strategy. BlackBerry is a brand that would do well to heed both ancient and current history.

* Arthur Goldstuck is founder of World Wide Worx and editor-in-chief of Gadget.co.za. Follow him on Twitter on @art2gee.

Teachers are the real deal, tech just a tool