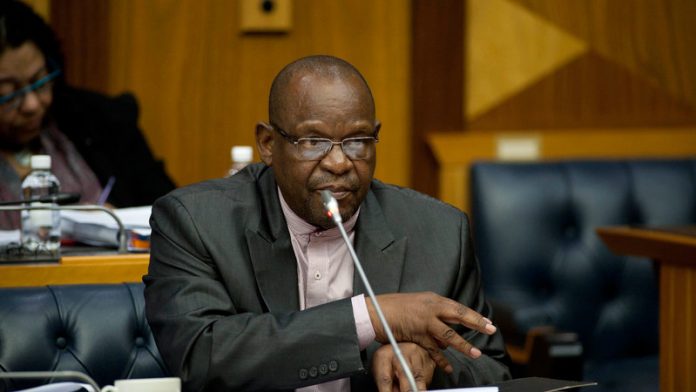 The ANC has moved to absolve President Jacob Zuma of any wrongdoing in the controversial multimillion-rand upgrades of his private homestead in Nkandla.

Senior ANC MP Mathole Motshekga, who appeared to be the party’s enforcer in the specially established parliamentary committee to process the reports of the public protector, Special Investigations Unit and an interministerial task team that investigated the Nkandla project said, in his view, to even suggest that there is an amount that Zuma should pay “is out of order”.

“In my view, to even begin to suggest that there is an amount that must be paid by the president, I think it’s out of order, because if at the beginning, an assessment was done and an extra amount was determined and was put to him and he accepted, that would be understood.

“But if someone through negligence, or unauthorised behaviour, goes and enhances a project and creates additional costs which were not envisaged and not part of the operation, how do you go and say the client who was not part of those schemes, who did not want or consent to such enhancements … you go to him and say you owe a certain amount. I think that approach is out of order,” said Motshekga, effectively putting an end to the parliamentary investigation on the matter.

He said the omissions or commissions of the officials who enhanced the security upgrades without Zuma’s knowledge and consent should not and cannot be translated into an offence and transgression by the president and do not require him to be penalised.

Motshekga said the opposition parties’ assertion [which is also made by the public protector in her findings] that Zuma had unlawfully or unduly benefit from the upgrades was “at best an insult to the president”.

“To stand before a public forum like this and suggest that the president has unduly benefited when there is no such benefit, I think it’s unfortunate. Those kinds of claims go to the people of this country and to the international community,” he added.

Opposition parties who were not part of Tuesday’s meeting after their withdrawal from the committee on Friday, had previously accused Zuma of imposing his private architect Minenhle Makhanya on the public works officials and thereby intimidating the government officials.

Makhanya ended up being in charge of the Nkandla upgrades and has been fingered as the man behind the astronomical costs. Motshekga defended Zuma in this regard. He said it was imperative for the president to introduce Makhanya to the public works officials in order for them to synchronise their existing plans with the new plans.

“Therefore, it cannot be correct and it is a false excuse that political pressure was brought to bear on officials because of this introduction, which was of necessity in the circumstances,” said Motshekga.

He criticised last week’s walkout by the opposition parties, saying it was a delay tactic to wait for the outcome of the SABC case now before the Cape Town high court.

The Democratic Alliance took the SABC and minister of communications to court over a failure to implement the public protector’s remedial actions and instead appoint a controversial chief operations officer on a permanent basis. The ruling in this case could set a precedent for other cases involving the public protector’s remedial actions, which the ANC says are not binding.

“Such games will tarnish the image of this august institution,” said Motshekga on Tuesday. He said the opposition parties were not acting in good faith.

The opposition parties walked out after the majority ANC refused a request by DA parliamentary leader Mmusi Maimane for committee chairperson Cedric Frolick to suspend the committee and call in legal experts to advise on whether the remedial actions were binding or not. “There was an application to yourself for the suspension of proceedings of the committee in order to seek a legal opinion, it seems to be a developing tendency in this Parliament to disregard the doctrine of separation of powers and to ask the courts to intervene in matters that are parliament is seized with.”

Motshekga warned that, if the tendency (of involving the judiciary in parliament matters) is allowed to continue, it will erode the doctrine of separation of powers and delegitimise the constitutional arrangement that underpins the country’s constitutional democracy.

“Parliament cannot outsource its oversight function to outsiders without compromising its own integrity and competency as a national legislature. It was therefore out of order for the opposition to want to suspend the work of Parliament in order to go and seek legal opinion elsewhere,” he said.

Motshekga had told the meeting earlier that he maintained his view that the public protector’s remedial actions were not binding and so the committee did not have to enforce them.

Madonsela had recommended that Zuma repay a portion of the R246-million spent on security upgrades. He said the ANC took the view that all reports are equal before the eyes of Parliament and that Parliament is obliged to consider the merits and demerits of recommendations emanating from these reports.

The committee adjourned and will resume on October 9.