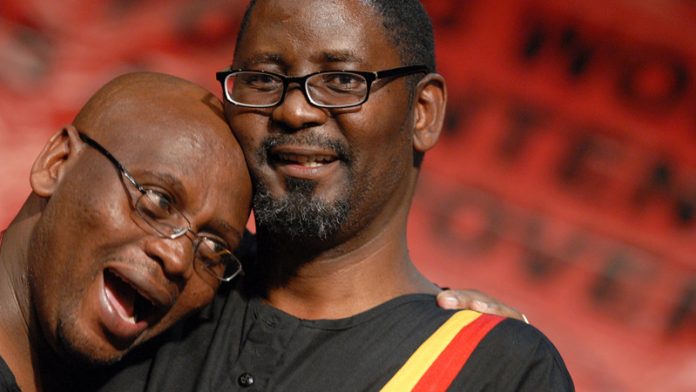 Cosatu boss Zwelinzima Vavi has been sidelined from speaking at the South African Democratic Teachers Union (Sadtu) congress, in a move that suggests the ANC’s intervention to resolve divisions within the trade union federation has produced no results.

Sadtu, known to be aligned to Cosatu president S’dumo Dlamini, was among the federation’s affiliates that pushed for Vavi’s suspension last year. Vavi, who had been suspended for having sex with an employee at Cosatu’s headquarters, has since been reinstated after the high court in Johannesburg ruled his suspension was invalid.

Sadtu president Thobile Ntola also fell victim to the infighting within the federation. He was axed for giving Vavi a platform from which to address Eastern Cape Sadtu members last year.

Ntola is seen as a close ally to Vavi and the National Union of Metalworkers of South Africa (Numsa). While Numsa took a decision not to support the ANC during this year’s election, Sadtu spent millions campaigning for the ruling party.

Some Cosatu leaders, including those in Sadtu, have criticised Vavi for his critical views against President Jacob Zuma and the ANC.

Vavi will not address the congress
Zuma will deliver a keynote address at the four-day Sadtu conference that kicks off on Thursday in Boksburg. Dlamini and South African Communist Party (SACP) general secretary and Higher Education Minister Blade Nzimande will also address the more than 400 delegates.

Sadtu general secretary Mugwena Maluleke confirmed that Vavi would not be addressing the congress. “Cosatu deploys leaders to speak. He [Vavi] has spoken in our last congress in 2010, and he has just addressed CWU [Communications Workers Union] and other leaders must address other activities. S’dumo [Dlamini] will address [us] and not him.”

Asked if he was invited to Sadtu’s congress, Vavi said: “President of Cosatu [Dlamini] has been invited and will speak.”

A Sadtu national executive member (NEC) who asked not to be named said Ntola’s allies were going to the congress “weakened”. This camp, which is strong in the Eastern Cape, was expected to push at the congress for Ntola’s reinstatement as president.

But the camp received its latest blow last week when the Bhisho high court ruled that Aaron Mhlontlo was elected illegitimately as the union’s Eastern Cape chairperson.

The source said some Eastern Cape branch delegates were expected to raise the motion calling for Ntola’s return. “As far as we know, there will be a move to overturn the decision on Ntola. It’s only fair they try to overturn it at this level [the national congress]. It must not be a surprise to us.

“But of course they are weakened,” he said, adding that the motion “will come from the Eastern Cape. It can’t come from another province”.

Purge of leaders
The Mail & Guardian reported in July that Sadtu leaders in six provinces said they were being purged ahead of congress. Alongside the Eastern Cape, the implicated provinces were the Western Cape, KwaZulu-Natal, North West, the Northern Cape and the Free State.

Sadtu is the biggest teachers’ union in the country, claiming membership of more than 258 000 educators. But the organisation is losing members, more so in the Eastern Cape and North West than elsewhere.

Basic education minister Angie Motshekga is billed to deliver a message of support to Sadtu at its congress.

But a number of her policies and the quality of the country’s basic education will come under scathing attack when Maluleke delivers his secretariat report, of which the M&G has seen a draft.

“With competency testing, we are sending mixed messages in the system. On the one hand teachers are allowed to teach [matric] learners and on another level they are not allowed to mark papers.

“Teachers are losing the opportunity to understand and address problems related to learner error. Those who are given the opportunity [to mark matric papers] gain the understanding necessary to better teaching and learning.”

Sadtu says those teachers who pass the competency test “do not necessarily make better markers”.

Motshekga has said previously that “policy relating to the administration” of the assessments “has not as yet been approved … due to the need for further consultation with one of the teacher unions that has opposed the writing of the competency test”.

Maluleke’s report reveals that Motshekga disclosed at a workshop that she would uphold the controversial school post-provisioning model, as a proposed one “was unaffordable to implement”.

This model dictates that the fewer the number of pupils, the fewer teachers a school gets, regardless of the number of grades and subjects it offers. The M&G reported in August that this model forced smaller schools to drop mathematics and science, among other subjects.

Sadtu decries the dropout rate among public school pupils. Out of more than 1.5-million pupils that start school, the number of those writing matric drops “radically” to about 600 000, “of which only 300 000 are able to make it”.

“Those who are rich continue to access quality education and those that are poor continue to receive poor education. This results in the rich becoming richer and poor remain poorer over generations, which is equivalent to confining people to perpetual servitude.”

But the report says “there is a clear acknowledgment of the enormous strides the ANC government has made to address access, redress and equity in education since 1994”.