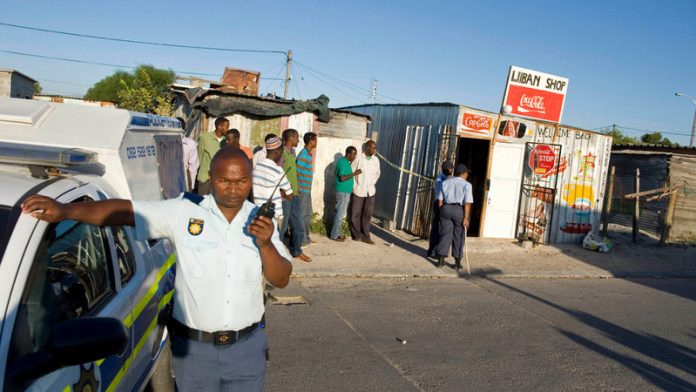 The release of the national crime statistics by the South African Police Service (SAPS) last month was greeted with some dismay. After several years during which violent crime had seemed to be relatively stable, large increases were reported in key violent crime categories, including a 5% increase in murder and a much steeper increase in aggravated robbery.

As opposed to “common robberies”, where something is taken by the use or threat of force, but without a weapon, aggravated robberies involve the threat or use of a gun, knife or other weapon.

Media reports on the increase in aggravated robbery gave a high profile in particular to six subcategories (as reported on by the SAPS in the annual crime statistics). Three of the six – bank robbery, cash-in-transit heists and truck hijacking – have a relatively low incidence. They collectively accounted for 1 157 cases, less than 1% of all aggravated robberies.

The other three categories are more substantial in number. These – carjacking, house robbery and business robbery – are widely known as the “trio crimes”. Of the three, business robbery had the biggest increase – 13.7% – with carjacking up 12.3% and house robbery up 7.4%. Combined, they accounted for 49 120 cases, or 41% of aggravated robberies, in the 2013-2014 statistics.

But something important is missing from this data. The total number of cases of aggravated robbery recorded by the SAPS was 119 351. The six subcategories only account for 50 277 cases, or 42%, of this number. No mention is made in the statistics, or in related media reports, of the category that accounts for most aggravated robberies: aggravated street robbery.

In poorer areas, aggravated and common street robbery play a profound role in undermining people’s quality of life and freedom of movement. It also makes a far bigger contribution to overall levels of murder in these areas than the other six subcategories of murder combined. Research published in 2009 by the Centre for the Study of Violence and Reconciliation found that aggravated street robbery accounted for 62% of robbery-related murders in areas with high rates of murder.

There can only be one explanation for the fact that aggravated street robbery does not exist as an official category of crime. Business robbery, truck hijacking, bank robbery and cash-in-transit heists affect the formal business sector, and carjacking and home robbery affect more affluent South Africans. These crimes are the biggest concern of South Africa’s formal business sector and economic elite, and these groups have historically had the greatest ability to shape government perceptions of what is important.

For more than a decade now, the trio crimes have had priority status, above that of aggravated street robbery, because, the traditional motivation goes, these are the crimes people most fear.

Both rich and poor South Africans fear intruders in their homes; home robbery is indeed one of the most feared crimes. The 2012 Statistics South Africa victims of crime survey found this to be the case for at least half the respondents.

But, after these two categories, street robbery was singled out by 40%, identifying it as the third-most-feared crime in South Africa – higher even than murder, at 39%. Street robbery’s cousin crime, bag snatching, was most feared by 31%, placing it fifth overall, with rape as the sixth most-feared at 29%. Vehicle hijacking (17%) and business robbery (16%) are, respectively, eighth and tenth on the list, according to the survey.

Thus the idea that carjacking and business robbery are two of the three most feared crimes has no basis in fact. It is a myth based on the projection of elite fears on to the entire population. Can it make any sense to presume that the average woman is more afraid of business robbery than of sexual violence? The vast majority of South Africans do not own a car, so why would they fear hijacking?

It is troubling that crime policy is still based on a myth. Despite many policies to address the needs of the poor, elite perceptions continue to define the government’s sense of what is important. No wonder policing in poorer areas is in a state of crisis, as highlighted by the Khayelitsha commission at the end of August.

If the government won’t take the needs of less affluent people seriously, perhaps it can be pointed out that the “trio” myth is counterproductive, even in terms of elite self-interest. As the American sociologist Randall Collins says, robbers need to learn a “technique for dominance” to be able to control their victims. The streets of townships and inner-city areas are a training ground for many of the robbers who later undertake more sophisticated types of robbery.

Understanding and addressing robberies in poorer communities is a key part of addressing the overall problem.

David Bruce is a freelance researcher specialising in crime and criminal justice.

Crime stats: Even the good news is probably bad news

Crime stats: Increase in serious crimes a cause for concern

Why is crime and violence so high in South Africa?