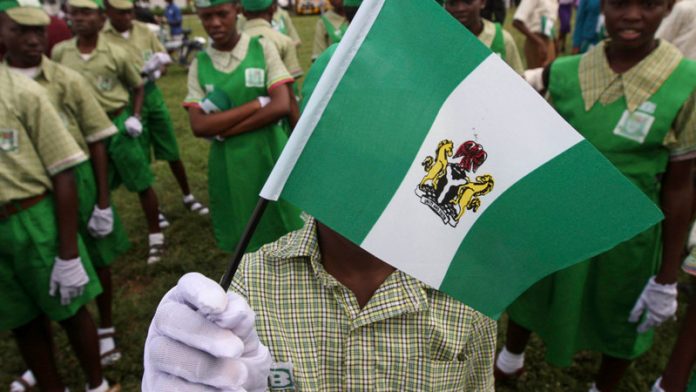 As Nigeria celebrated 54 years of independence from Britain this week, the country’s faltering security situation is increasingly being seen as a threat to social improvements.

Nigeria, Africa’s most populous country with more than 170-million citizens, is also the continent’s biggest economy since rebasing its gross domestic product earlier this year.

At a ceremony in Abuja this week, President Goodluck Jonathan again promised Nigerians that his government has a “transformation agenda” and that it is striving to improve the quality of life of all Nigerians.

“We have drawn our map and we have progressed. I believe we are progressing in the right direction,” Jonathan was reported as saying.

But Abuja-based political analyst Clement Nwankwo said: “There is a lot of disappointment at the poor performance of the government. The levels of poverty and corruption are on the increase. My sense is that if we continue like this it will get worse before it gets better.”

Economic indicators in Nigeria are on the rise – a very good thing for the continent given that one out of six Africans are Nigerian.

However, Nigeria fell to 37th place on the Mo Ibrahim Index of Good Governance, which was announced this week, sparking outrage from some local commentators. “Nigeria one of Africa’s worst governed countries,” read a headline in the Premium Times of Nigeria on Wednesday.

The index is drawn up by the foundation headed by Sudanese philanthropist Mo Ibrahim.

Nigeria’s biggest challenge, in sharp contrast with the huge economic gains in the past number of years, has been its security environment.

Security
The Boko Haram insurgency has been described as the biggest threat to Nigeria since the civil war of the 1960s. Yet people are also at the mercy of security forces and police, as the human rights organisation Amnesty International recently pointed out.

In a report released in August, the organisation revealed footage of abuses by the Nigerian military, one of many reports in the last few years.

The “Nigeria Security Tracker” of the United States-based Council on Foreign Relations lists the range of security threats in the introduction to its weekly summary of violent incidents.

Commentators such as Nwankwo say the root cause of the insurgency is “poverty and desperation” and that it is a local problem rather than one of international terrorism.

Others believe the links between Boko Haram and groups like al-Qaeda and even the newly formed Islamic State are growing. French and Algerian intelligence sources say Boko Haram has received help and training from the Algeria-based al-Qaeda in the Islamic Maghreb.

During a conference in Paris earlier this year to discuss the regional dimension of Boko Haram, attended by leaders from Chad, Niger and Cameroon, Jonathan also asked his African peers to help fight an insurgency that “threatens all of Africa”.

Regional co-operation appears to have improved, but, at the same time, the insurgency has intensified.

A real test for Nigeria will be the February 2015 presidential elections and whether they will be free and fair. Commentators warn of the misuse of public funds by incumbents, both in presidential and state elections.

Jonathan’s election campaign got off to a poor start when his campaigners thought to combine the popular #BringBackOurGirls campaign – to spur the country into searching for the over 200 schoolgirls kidnapped by Boko Haram in April – with his bid for re-election. #BringBackGoodluck2015 didn’t go down well with rights campaigners and the posters had to be removed.

Despite rumours of an exchange of some of the girls for jailed Boko Haram militants two weeks ago, nothing materialised.

Instead the group intensified its attacks. Last week it killed 21 people in Hawal, Borno State, according to the security tracker. The terror group also burnt down the houses of 540 people in Michika in Adamawa state earlier in the week and killed an unknown number of people there.

Delivery of basic services and the chaotic regulatory environment remains another huge challenge.

The collapse of a guesthouse belonging to renowned preacher TB Joshua on September 12 was a wake-up call for many outsiders as to the difficulties people face in a city like Nigeria’s commercial capital Lagos. All told, 115 people died in the incident, which soured relations with Nigeria’s competitor South Africa, who complained of a lack of information in the days after the collapse.

This week a spotlight is shone on a potential interest rate hike, inflation statistics and retail trade sales
Advertising