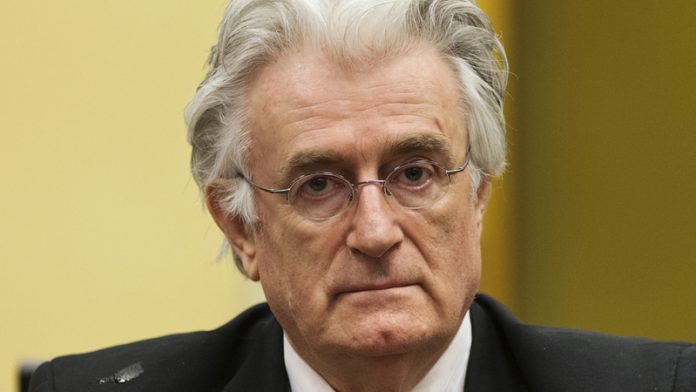 Former Bosnian Serb leader Radovan Karadzic “did not know” of the 1995 massacre of thousands of Muslims at Srebrenica, his lawyer said on Thursday, seeking an acquittal on charges of genocide.

“There is not a single piece of evidence that Dr Karadzic planned or ordered the execution of prisoners (at Srebrenica), or that he knew about it,” his legal advisor Peter Robinson told the Hague-based Yugoslav war crimes court.

“In fact [the events] were concealed from him and therefore he is not guilty of genocide,” Robinson said in closing arguments before the International Criminal Tribunal for the former Yugoslavia (ICTY).

Once one of Europe’s most wanted men, Karadzic (69) denies charges of genocide, war crimes and crimes against humanity for his role in the 1990s Balkan conflict.

Karadzic is accused of being one of the masterminds of ethnic cleansing during Bosnia’s brutal civil war that claimed more than 100 000 lives and uprooted 2.2-million others.

The president of the former self-proclaimed Bosnian Serb republic faces a total of 11 charges, most notably that of genocide for his alleged role in the Srebrenica massacre.

Almost 8 000 Muslim men and boys were slaughtered and their bodies dumped in mass graves after Bosnian Serb forces overran the UN-protected enclave in eastern Bosnia in July 1995.

Karadzic, who is defending himself after refusing the services of a lawyer, rejected the charges in closing remarks at the ICTY.

“Since the distinguished prosecution lawyer, Mr. Tieger, has no evidence, he chose to tarnish my personality, he called me a liar and mobster,” he said, blaming the recklessness of other politicians for the worst bloodshed in Europe since World War Two.

“He probably wouldn’t have if he’d had a single valid piece of hard evidence against Radovan Karadzic.”

Concluding their case this week after four years of proceedings in The Hague, prosecutors said on Monday Karadzic had been the driving force in a campaign of genocide.

Karadzic, who remained at large for 13 years after being indicted in 1995, also faces charges relating to the 43-month siege of the Bosnian capital Sarajevo in which more than 5 000 civilians died.

Srebrenica was a ‘horrible act’
Prosecution lawyer Alan Tieger said on Monday that the testimony of hundreds of witnesses and 80 000 pages of transcripts had proved that Karadzic had led a policy of “ethnic cleansing” – the term given to the campaign of killings and forced relocations.

Karadzic denied responsibility but said he would not point the finger of blame for the massacres, an event which galvanised international opinion and led to peace talks.

“I never blamed others for Srebrenica, because I do not know what happened,” he said.

The massacres in July of 1995 were the worst atrocity of the Balkan wars of the 1990s, which saw the breakup of the federation of Yugoslavia into six successor states. Kosovo, then a Serbian province, later also gained independence.

Karadzic told UN judges he had warned the late Alija Izetbegovic, leader of the rump Bosnian government in Sarajevo, that he risked plunging Bosnia into civil war by pursuing Bosnian secession.

“It was Izetbegovic who first suggested we divide Bosnia and apply his Islamic ideas only in the Muslim part of the territory,” Karadzic said.

“I actually anticipated what would happen,” he said, “Hundreds of thousands dead and hundreds of cities demolished.”

In a final defence brief filed on Monday, Karadzic disavowed knowledge of many of the crimes committed in Bosnia, calling Srebrenica a “horrible act”, but not genocide.

Prosecutors are seeking the maximum penalty of life imprisonment against Karadzic. A final verdict in the marathon five-year trial is not expected before late 2015. – AFP and Reuters