Religion readily gives the power-hungry what they seek 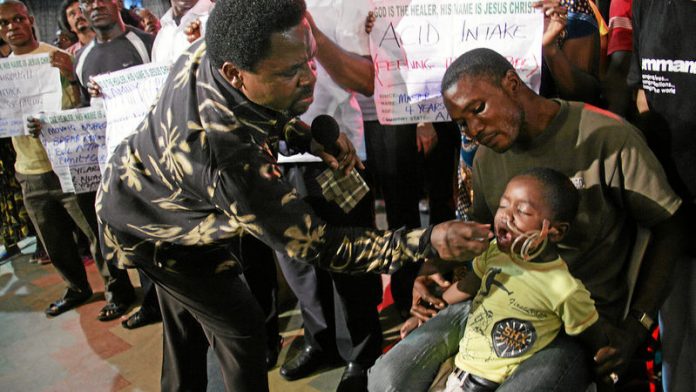 The lust for power is a weakness all too frequently found among leaders; whether in politics, business, media, churches or any organisation. History is full of examples of leaders whose ambition for power was unbridled and who abused it to the detriment of their followers.

It is in the nature of power that unless it is exercised with care and primarily as a tool to serve the wellbeing and dignity of others, it very quickly turns to become an instrument of oppression.

Religious power is by far the most dangerous of all power. This is because it can hide behind God and masquerade as an instrument in His hand. The victims of such power, in their desire to please God, will do anything they are asked to do because, after all, they are in the presence of God and it is presumably God who is in control of the situation.

The antics of the pastor who led his congregation to eat grass and drink petrol should be seen in this light. He led his followers to a place of unquestioning submission to his teachings. This is always dangerous and goes against the teaching of the Bible, which is unequivocal:

“Dear friends, do not believe every spirit, but test the spirits to see whether they are from God, because many false prophets have gone out into the world.” – 1 John 4:1.

Clearly, the pastor is thrilled by the uncritical submission of his congregants to his every word. He will do nothing to stop it.

It started with grass, and now petrol. One can only imagine what is next, and what else he has asked of his congregants and got away with.

The search for power at any price
Unfortunately, the Pretoria pastor is not alone. There are hundreds of pastors who are always on the lookout for places to purchase power, even if it means selling their souls to the devil.

Many pastors regularly travel to Nigeria and other far­away countries to find a secret formula for power to work miracles, garner more followers and change their personal economic fortunes.

Their desperation for power and more power is such that they do not discriminate as to whether such power is of God or Satan, or whether it short-changes the poor or serves their best interests, as long as the surface appearance is “churchy” and they personally become the “man of God” with frightening power over the critical faculties of followers.

Such is the case with TB Joshua, who has been in the news recently regarding the unfortunate collapse of his guesthouse.

It is worth noting that the Christian community in Nigeria has distanced itself from him. Coming as it does from the Pentecostal Association of Nigeria, to which Joshua would naturally belong as a fellow charismatic, this arm’s-length approach is significant.

In their view, Joshua lacks Christian integrity and authenticity. They have cautioned others about it and are surprised that South Africans are falling for him.

The Evangelical Alliance of South Africa believes it is unwise to dismiss the witness of Christian sisters and brothers from Nigeria, and we call on all South Africans to heed the warnings of seasoned and respectable Pentecostal leaders in that country.

Why are the people so vulnerable to abuse by charismatic pastors?

The charismatic and Pentecostal movement initially had widespread uptake among the poor who felt inclined to embrace a gospel that promised to deliver health and wealth.

Anything that promises hope out of an undesirable state is surely welcome. But this is fertile ground for false prophets of all sorts, both political opportunists and their religious counterparts.

Fortunately, as the charismatic and Pentecostal movement has matured over the past two decades, there are promising signs that the health-and-wealth gospel is increasingly being discredited.

Moss Ntlha is a member of the Evangelical Alliance of South Africa.