The Zulu people’s brief, intense, heroic struggle with the English is well known. And now that Zulu, the film that tells the story of the battle of Rorke’s Drift in Zululand in 1879, has been re-released on its 50th anniversary, many people will be thinking about doing the well-known battlefield tour of Zululand.

But there is another battlefield tour, one less visited and a bit tougher to get to, that tells the story of a century-long struggle between the colonists and the Xhosa in the Eastern Cape.

The Xhosa had a much more difficult time, being at the meeting point of colonists and indigenous people in a struggle lasting 100 years.

Some of the Xhosa chiefs were astute, heroic fighters too — as their most famous descendant, the late former president Nelson Mandela, also proved himself to be — but, because they didn’t reorganise their society on military lines, as Shaka did with the Zulu, and because some Xhosa tribes allied themselves with the British some of the time, the story of their protracted and desperate struggle against colonialism has faded.

But there were remarkable battles, such as the battle of Grahams-town (1819), when the town was very nearly taken; Burns Hill (1846), when a 4.5km-long supply train was ferociously attacked and its contents, including the regimental silver, looted; Boma Pass (1850), when soldiers marched into an ambush without loading their firearms and were horribly picked off; and the battle for Waterkloof in the Amatola Mountains (1851), when the Xhosa and Khoikhoi gave the British a terrible time in hand-to-hand combat in steep, densely forested mountain defiles. More officers were killed during that action than anywhere else on the frontier.

Chief Maqoma is praised as being “the leopard of Fordyce” in Xhosa oral tradition because the highest ranking British officer to die in these wars, Lieutenant Colonel John Fordyce, was killed in the Waterkloof battles.

The battles to try to relieve governor Sir Harry Smith, humiliatingly trapped in Fort Cox by the Xhosa in the Eighth Frontier War (which lasted from 1850 to 1853) from Christmas Eve to New Year’s Eve of 1850, were the biggest in South Africa before Isandlwana. It had the highest death toll and was the most protracted war until the South African War.

“Small wonder that the Eastern Cape has more forts than any other place in Africa — because it was here that the British fought longest and hardest to conquer a people,” reads a comment from a contemporary chief, Island Siqithi Maqoma, on an information board in the area.

The route we did with Rob Speirs as our guide took four-and-a-half days and covers a large area, broadly within a triangle from Grahamstown in the east to King William’s Town in the west and to the small centre of Balfour in the Katberg mountains further inland. Much of it is in the former Ciskei. You can specify what you want to see or not and, of course, do a shorter trip if desired. 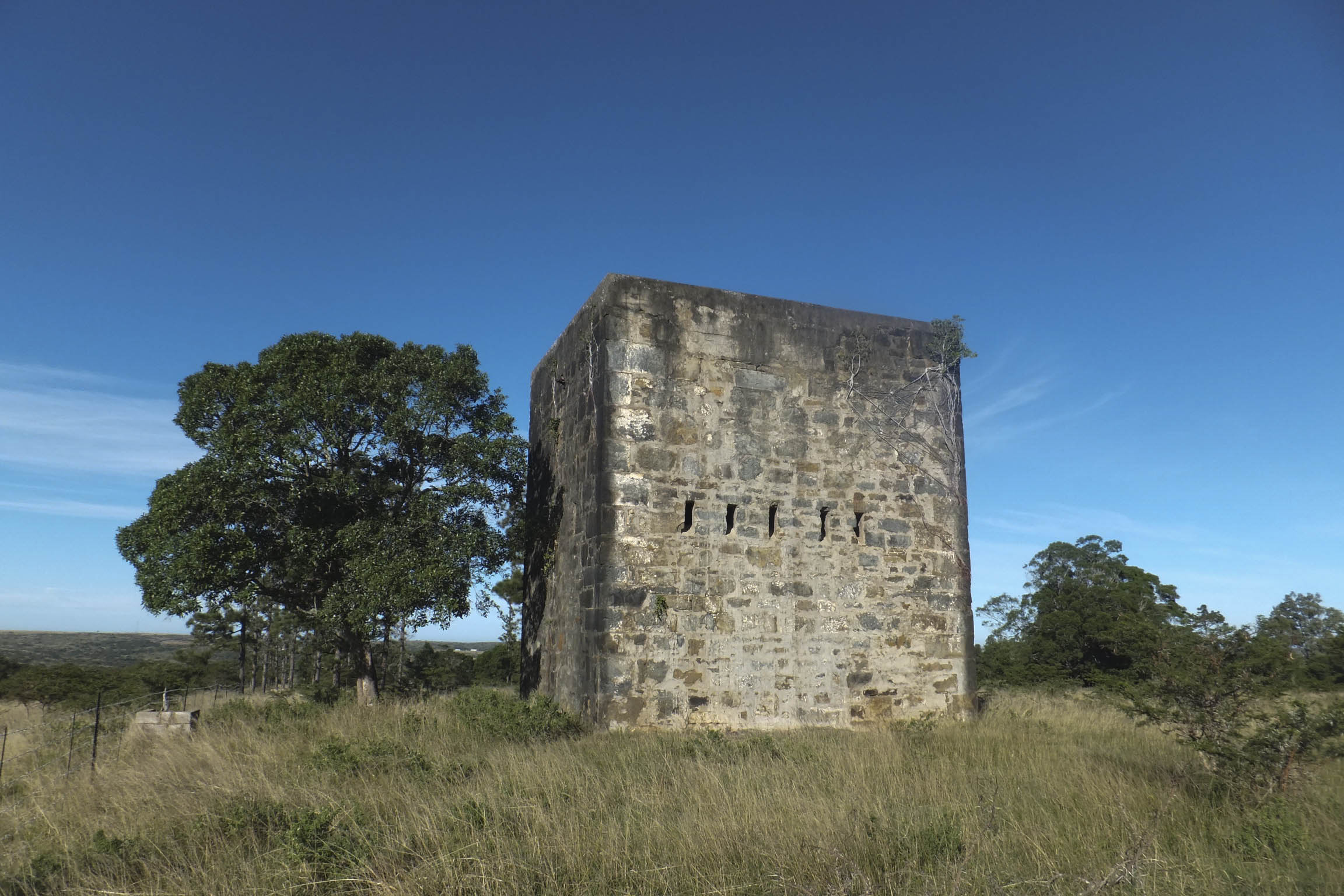 One of the reasons why the film Zulu appeals to so many is that it records the fact that 11 Victoria Crosses were awarded after the battle of Rorke’s Drift, the largest number ever awarded for a single action.

But there’s a very good reason why there was a paucity of such medals in the frontier wars.

“Almost all these wars took place before the Victoria Cross came into being, in 1856,” says Speirs, a frontier war enthusiast based in King William’s Town. “The one exception is the Ninth Frontier War [1877-1879], where one VC was issued, to Major Hans Moore of the 88th Regiment [later the Connaught Rangers] for his attempts to save a wounded private of the Frontier Mounted Police, surrounded by the enemy at the time.”

Speirs, one of the few people who can guide visitors through the battle sites, was in the forestry business in the Keiskammahoek area for years, so there’s seemingly not a fold, crevice, peak, pass, river or hill that he doesn’t know.

Eastern Cape Tourism does have signboards at some places about the Amathole Heritage Route, but it’s impossible to get any information from its offices when you call — no maps, no brochures. So having a guide is a real help.

Be aware, though, that this is not a leisurely picnic, with camp chairs, a snack and a drink while the guide gives a performance. Speirs is a roughtie-toughtie sort and you find yourself scrambling up hills, jumping a ditch, ducking through barbed wire and trekking through the bush to find old, unsignposted gravestones and abandoned mission houses. Not to mention decaying forts.

And, of course, if you do take every dust road possible, as we did, you need a high-clearance vehicle and should be prepared for occasional tyre damage. Great for 4×4 nuts, but if the thought fills you with horror, insist on taking simpler routes, using more tar roads. It is possible.

The forts were mostly put up hastily and have been neglected — or stripped — over the years, so many of them have been reduced to a few blocks of stonework. Those that do have something to show are very evocative. For me, the ones that stood out were Fort Double Drift, Fort Peddie, Fort Armstrong, Fort Hare and Fort Beaufort, now a charming small town.

Fort Armstrong, in the Katberg area, has the distinction of being the only fort ever taken from the British (by Khoikhoi rebels) in these wars. Fort Double Drift has an imposing tower and some perimeter walls. It’s in a beautiful, isolated position at the bottom of a valley in the Great Fish Nature Reserve and one can imagine the redcoats lolling about, the settler ox wagons splashing across the river with goods for a trade fair and the suspicious Xhosa watching it all from the bush.  It’s worth staying over at the reserve to explore it and take in the great scenery. It conserves the largest tract of subtropical thicket in the country, a unique biome. And it gives you a very good idea of how tough it was for British soldiers.

Driving from King William’s Town to the small town of Alice, you pass through the area where the Battle of Amalinde, between chiefs Ngqika and Ndlambe, took place, the immediate cause being the abduction of Ndlambe’s wife by Ngqika. No one is sure exactly where it happened, but happen it certainly did, in October 1818, leaving 500 men dead and resulting in the defeat of Ngqika.

By some accounts, it took place in the area where the giant earthworms dwell, off the R63 between Alice and King William’s Town, just after the R352 turn-off to Keiskammahoek. The longest recorded worm measured 3.35m unextended — it is length that gives them “giant” status, not diameter. To escape the wet ground in the rainy season, the earthworms create saucer-like hollows, with ridges, some as high as a metre, that are locally known as amalinde, from which the battle takes its name. 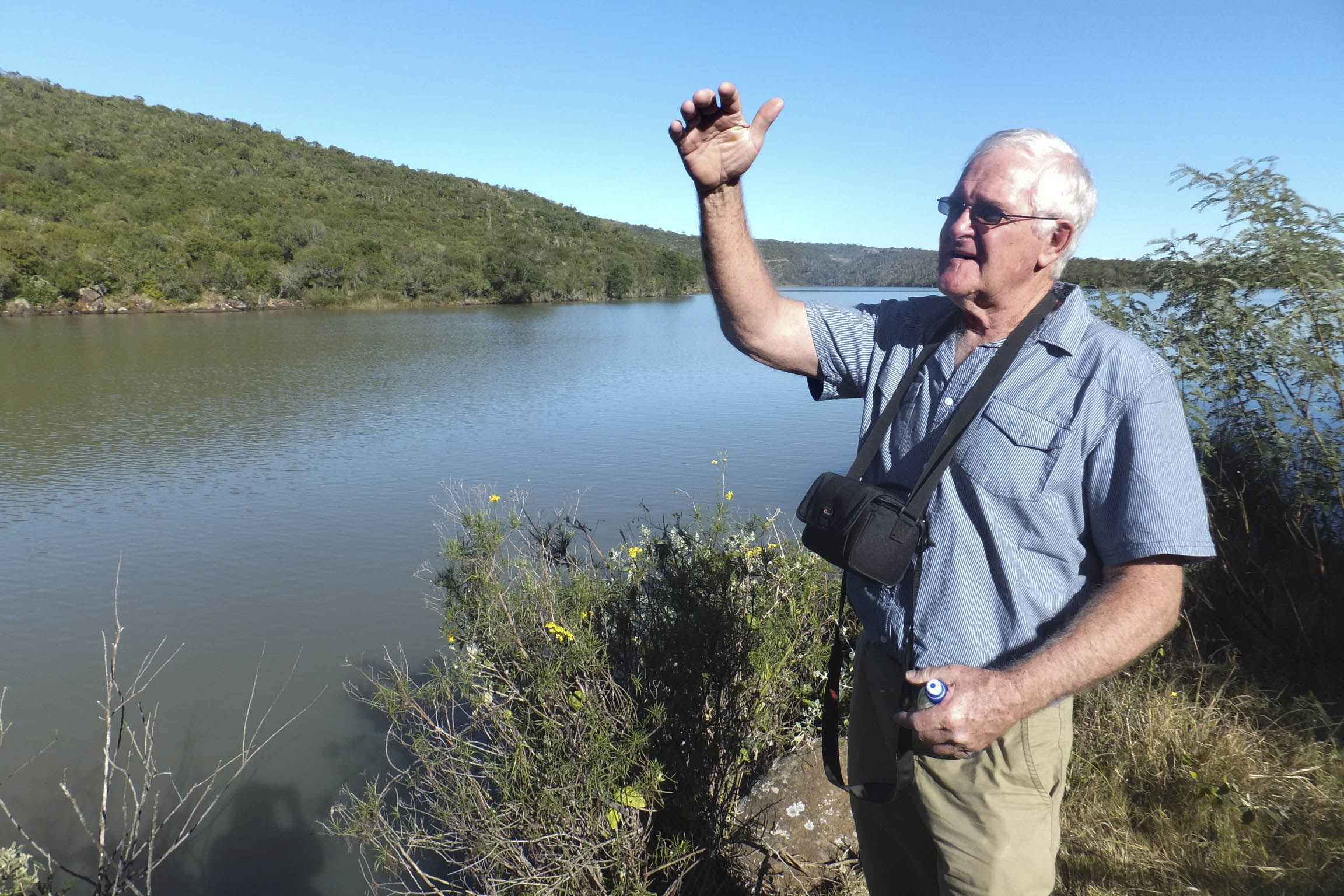 Because the terrain is so difficult, some believe the battle could not possibly have taken place there. But others think it was part of Ndlambe’s cunning plan — the perfect place for his seasoned warriors to hide in wait while his less skilled men drew their enemy into the trap.

Alice is the home of Fort Hare University, where many African leaders — including Mandela, Oliver Tambo, Seretse Khama, Desmond Tutu, Kenneth Kaunda and Julius Nyerere — were educated. The grounds of the university are beautiful, but the town is, sadly, in decline. The remains of the Fort Hare tower are on the campus, gently crumbling into the mown kikuyu grass.

The biggest fort built in the Eastern Cape, it was attacked on January 21 1851 during the Eighth Frontier War, in which chiefs Maqoma and Sandile of the Ngqika made a mockery of the governor’s bombast.

Smith had “dethroned” Sandile in absentia, put a price on his head and expected the Xhosa to deliver him to the British. He was to pay dearly for this insult. By the end of 1851, Smith had 8 000 British troops on the ground and was still unable to end the war, which led to his ignominious recall.

“It took 27 months to suppress the Xhosa here,” says Speirs, “whereas the entire Zulu War lasted seven months. So Maqoma managed to humble Sir Harry, the hero of Aliwal [in India] and Badajoz [in Spain].”

The battle of Fort Hare began at 9am, when an estimated 5 000 to 6 000 warriors streamed down from the hills “like thousands of red ants”, Speirs tells. They had previously assembled at the Tyumie mission, where Sandile, in an emotional outpouring, spoke about the white presence and its impact on his people.

He would never make peace. Even if killed, his bones would rise up and fight, he told the missionary George Brown. “The white men! The white men put the son of God to death, although he had no sin. I am like the son of God, without sin, and the white men seek to put me also to death.”

The 800-odd Mfengu and 100 Khoikhoi Cape Mounted Rifles on the side of the British sheltered outside the fort and were involved in close combat, while the soldiers remained safe within. Male civilians of Alice are said to have fired from the roofs of their homes. But, as historian Noel Mostert has noted in his landmark book Frontiers, it was really a battle fought among black men, with the Mfengu carrying the day.

There’s a lot to see in this arena and, all in all, it’s a mystery why the frontier wars have never engaged writers and tourists as much as the Zulu wars.

“The cast is huge, the drama greater, … and classic in the contest of morality, principle, power, hubris and faltering ideals,” Mostert wrote.

It should not be missed.