Millennium Development Goals expire next year … What then? 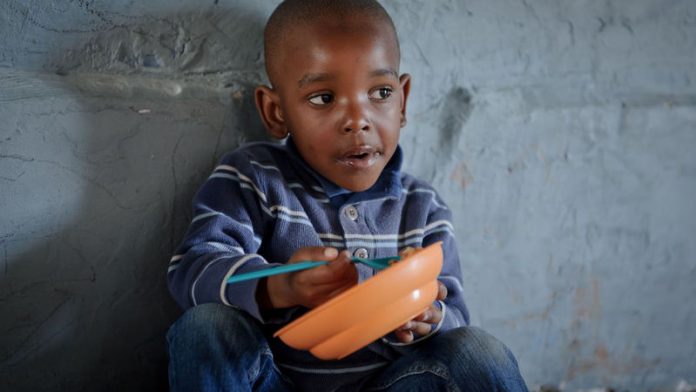 If you could come up with goals for the world to aspire to over the next 15 years, what would they be? What should we focus on?

The United Nations is conducting an online survey, asking people from around the world what matters most to them. More than 2.5-million people have responded, with everything from better transport and roads to affordable and nutritious food under consideration.

So far, the top global priority is better education, followed by better healthcare and an honest and responsive government, with reliable energy and climate change at the bottom. But to make a more considered list, we need much more information on what solutions exist, their cost and their likelihood of success to better prioritise these goals.

This survey is part of a larger effort by the UN to find a successor scheme for the Millennium Development Goals (MDGs), which expire in 2015. The MDGs set 21 mostly sharp and achievable targets in eight areas, including poverty and hunger, gender equality, education and child and maternal health.

These goals have been hugely successful, not only in driving more development funding but also in making the world a better place. For instance, the world promised to halve the proportion of people going hungry compared with 1990. And progress has been remarkable. Almost 24% of people in the developing world were starving in 1990. In 2012, ‘only’ 14.5% were starving and, if current trends continue, the world will reach 12.2% in 2015, just shy of the promised half of 11.9%.

Likewise, we promised to cut by half the proportion of poor. In 1990, 43% of the developing world lived on less than a dollar a day. In 2010, the proportion had already been more than halved at 20.6% and on current trends the proportion will drop below 15% by 2015, showing spectacular progress.

The UN is working to replace the soon-to-expire MDGs with a successor scheme called Sustainable Development Goals (SDGs). But that’s easier said than done. One tracker shows a list of more than 1 400 proposed targets. Clearly we need to prioritise.

The SDGs will determine how the $2.5-trillion in development aid is spent up to 2030, so negotiators need to zero in on the targets that promise the biggest benefit for this investment by working out how to spend the money most effectively and help as many people as possible.

My think-tank, the Copenhagen Consensus, has engaged in a project to determine which targets will do the most good per pound spent. We have commissioned 57 teams of renowned economists to estimate costs and benefits within 19 major areas, comprising about 50 targets, throughout the rest of this year. Estimating the benefits will take into account not only economic benefits but also health, social and environmental benefits accrued from the targets. The recommendations will be peer-reviewed.

UN agencies, nongovernmental organisations and businesses will comment on the findings. Three Nobel laureates will then evaluate the economic evidence to classify all targets into categories ranging from phenomenal, good and fair to poor. Phenomenal targets will be colour coded dark green, fair targets yellow and poor targets red. Backed by thousands of pages of peer-reviewed economic research, this simple colour scheme will hopefully help the world’s busy decision-makers focus on picking the most effective targets.

But with the negotiations already under way, why did we ask our economists to prepare a preliminary assessment on about 200 of the proposed targets?

They found that reducing malaria and tuberculosis, for example, is a phenomenal target. Its costs are small because solutions are simple, cheap and well documented. Its benefits are large, not only because it avoids death and prolonged, agonising sickness but also because it improves societal productivity and initiates a virtuous circle.

Similarly, we should focus on at least halving malnutrition, because there is robust evidence that proper nutrition for young children leads to a lifetime of large benefits – better brain development, improved academic performance and ultimately higher productivity as adults. For every dollar spent, future generations will receive almost $60 in benefits.

But at what point do goals simply become aspirations? While many ambitious goals are commendable, they may be unrealistic in practice and could hinder instead of help progress. For example, the economists said that setting an absolute goal of ending global malnutrition may sound alluring but is implausibly optimistic and inefficient. We cannot achieve it and even if we could, the resources to help the last hungry person would be better spent elsewhere.

At the other end of the scale, some proposed targets are ineffective. Doubling our renewable energy share by 2030, for example, sounds great in theory but in practice is an expensive way to cut just a small amount of CO2 emissions. Instead, the focus should be on providing more energy to poor people, a proven way of inclusive growth and poverty alleviation. And to reduce carbon emissions, removing fossil fuel subsidies in developing countries promises much higher benefits. Reducing these subsidies in countries where gasoline is sometimes sold for a few cents per litre would stop wasting resources, send the right price signals and reduce the strain on government budgets while cutting emissions.

Labelling development targets as great, good, fair and poor is not rocket science, but surprisingly it has never been done systematically before.

Over the coming months, I look forward to sharing the economic thinking over 19 important areas with you and helping kick-start the conversation on our goals for 2030.

Of course, the ultimate decision for the 2030 targets is a political one. No doubt, economics is not the only measure of what the global society should ultimately choose as its development priorities, but costs and benefits do play an important role. If well-documented economic arguments can help swap even a few poor targets for a few phenomenal ones, leveraging trillions of dollars in development aid in the right direction could make this the best thing any of us get to do this decade.

Dr Bjørn Lomborg, an adjunct professor at the Copenhagen Business School, directs the Copenhagen Consensus Center, ranking the smartest solutions to the world’s biggest problems by cost benefit. He is the author of The Skeptical Environmentalist and Cool It. His new book is How To Spend $75-Billion to Make the World a Better Place.

Everyone — not just governments — must act to mitigate climate change