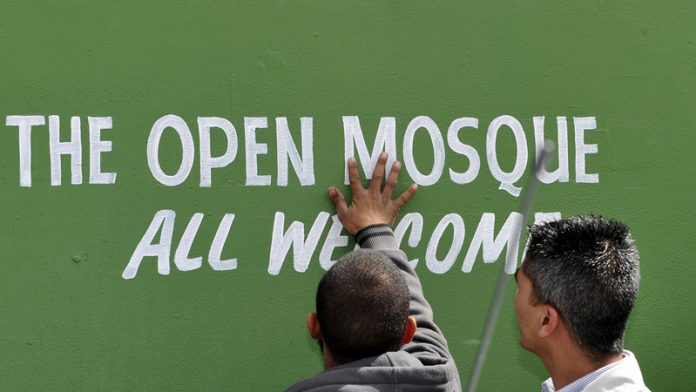 South Africa’s controversial first gay-friendly mosque, which allows Christian worshippers and women to lead prayers, was damaged by a fire overnight, its founder and the police said Saturday.

Police have opened an arson inquiry into the fire, which occurred shortly after midnight and damaged the front door of the mosque in Cape Town.

No one was injured and the police have yet to make any arrests.

Police spokesperson Andre Traut said they were “investigating the circumstances surrounding the fire”.

History of threats
The mosque, which welcomes gay people and Christians and treats men and women equally, opened peacefully in Cape Town last month amid opposition and threats of violence.

Just days after it opened, municipal officials said the mosque could be closed down unless it abides by municipal laws.

Hargey said on Saturday that he has already complied with the municipal requirements and the mosque has been operating.

He blamed his opponents for the attack, which occurred on the eve of the celebration of the Muslim feast of Eid al-Adha.

‘Disrespectful’ timing
“Instead of preparing for the holy day, these people were preparing to destroy the house of God … it’s very sad, disrespectful,” he said.

But Hargey remains defiant. “They cannot shut us down, they can try whatever they want,” he said. “They have tried verbal intimidation, threats and now arson. This should be the last … Our opponents should know that they don’t have a copyright on Islam.”

Hargey has described his mosque as a “religious revolution”, following on from the political revolution led by  former president Nelson Mandela when democracy replaced apartheid rule in South Africa in 1994.

There are around 737 000 Muslims in South Africa, making up about 1.5% of the population, according to figures from US think-tank Pew Research Centre. – AFP