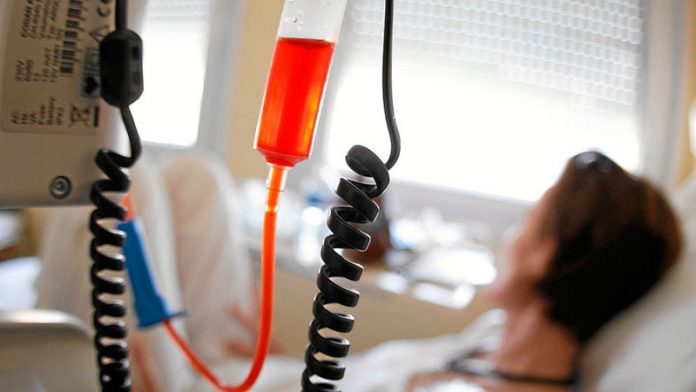 Cancer can kill: this fact makes it concrete. We collect data on it, write histories and memoirs about it, blog about it. Still, it’s a devious knave. Cancer takes some people within days of diagnosis, while other people spend years waiting for a final outcome.

As one sleeps it may clump into hard or soft tumours, or it may eddy into lymph fluid or lodge in the crook of one’s liver or lung to initiate new colonies. Often the treatment, not the cancer, ties one to the sofa.

Too wily to be tethered to a solid noun, the conundrums of cancer match its craftiness. Despite news articles promising a cure since 1907, scientists continue to debate furiously how cancer arises, whether it should be studied as one disease or hundreds, whether mice provide adequate research models and who might benefit from the arsenal of commonplace, if dangerous, cancer treatments such as chemotherapy and radiation.

Policymakers and political lobbyists discuss (or don’t) how to test and regulate the thousands of carcinogens in our environment and the significance of cancer clusters. And despite the money thrown at the problem, treatments remain only partially effective for most cancers. The word’s tangibility dissolves in sheer bafflement, for doctors and patients alike, over what, exactly, it describes.

And yet, this cloud of ignorance is cast aside when doctors and activists present cancer as a disease that we can pin down, that we can know or, better yet, cure, or even prevent. So we imagine a patient battling cancer, as if he might harness some inner strength and agency to cure himself. The story of cancer medicine is often told as one of unalloyed progress in discovery. And we are fed a daily diet in the newspapers on how we can avoid cancer by undergoing screening or by avoiding alcohol.

Crafted unknowns
Much as we may wish to ignore it, in my 10-year study of cancer culture, I found that the unknown, as much as the known, constructs how we understand and live cancer in ways that, I believe, we would be better off acknowledging. Certainly the paradoxes that cancer hands us need to be much better understood: the complex and problematic alliances of profit and medicine, the lack of regulations of known carcinogens, and the dearth of knowledge about how cancer starts and spreads even as we pump toxic chemicals into patients’ bodies. But more than this, the unknowns are not merely innocent areas of research that still needs to be done, but can be more accurately understood as crafted: ignorance acts in similar ways that knowledge does.

In a renowned 1923 analysis of gift exchange in different cultures, the French anthropologist Marcel Mauss unpacked connections he found in a ritual that had previously been understood as the purely benevolent act of offering and receiving. In so doing, he coined a term, “total social fact”, for a practice whose effects both connect and fissure through seemingly distinct areas of life, thus weaving them together.

In a famous passage, Mauss explains the total social fact (I substitute “cancers” here for practices of gifting that he describes): “These phenomena are at once legal, economic, religious, aesthetic, morphological and so on. [Cancers] are legal in that they concern individual and collective rights, organised and diffuse morality; they may be entirely obligatory, or subject simply to praise or disapproval.

“[Cancers] are at once political and domestic, being of interest both to classes and to clans and families. They are religious; they concern true religion, animism, magic and diffuse religious mentality. [Cancers] are economic, for the notions of value, utility, interest, luxury, wealth, acquisition, accumulation, consumption and liberal and sumptuous expenditure are all present.”

Like a Maussian gift, cancer has entered our collective imaginations at all of these levels. Not only do we imagine it through the metaphors of metastasis, recurrence and remission, but it is also at one moment a paper trail and at another an identity; at one place a statistic and at another a bankruptcy; here, a scientific quandary, there, a transcendent image of a cell.

Cancer as politics
One person’s losses offer another a chance to leave a mark on humanity. A body image taken offers another to be found. The project of making cancer – as plural as it is singular, as vast as it is microscopic, as diffuse and discrepant as it is descriptive – resonates under one word. The simple noun “cancer” consolidates this collective achievement. Cancer in all its complexity is not solely a biological phenomenon, but a politics with which to engage and struggle.

The realms of the personal, medical, economic, cultural and epistemological have – in often entirely obvious but complexly discounted ways – misleadingly separated cancer as a thing from its all-too-human interpretations, and presented the disease as if it could be separated out from the ways in which it is produced, lived, treated and studied.

Medical humanities provides us with new tools by which to understand the paradoxes that these ways of knowing have structured cancer, and can help us to discern the interests behind how and when cancer is named, and then to diagnose the interests that produce and treat the disease.

My book, Malignant: How Cancer Becomes Us (University of California Press: 2013) seeks the places at which these reciprocating diagnoses most paradoxically intersect, such as prognoses, research trials, legal battles and screening debates. Unravelling the guiding logics of these institutions enables us to understand better who claims knowledge about cancer, and how – through methods as varied as statistics gathering or lay experience.

Let me offer the cancer prognosis by way of an abbreviated example. After receiving my pathology report and full diagnosis, I found a set of prognostic charts in my burgeoning cancer library. Each listed the survival chances for a variety of subtypes of cancer, such that the reader could correlate the characteristics of her cancer to the likelihood that she would be around in five, 10, 15 and 20 years.

Ironically, no matter how hard I stared at it, the table could only mask the very thing I obsessively wanted it to disclose: Would I be in that percentage of people who had a recurrence just two years after treatment or in the 20% who would survive for the next 20?

Unanswered questions
At my next appointment, I asked my doctor the somewhat naive, somewhat urgent question: “What does it mean?” The doctor responded in a way that was both helpful and not helpful, depending on the moment that I recall it: “Exactly what it says.” Banal as a winter day or the colour of the ceiling, survival statistics offer a smid­geon of information, but not much to cuddle with.

How could something be at once so transparent (you will live or die) and so pig-headedly confusing (will you live or die)?

Unable to specify with certainty the behaviour of any one particular cancer, oncology relies instead on statistics. Patients might receive prognoses at a doctor’s visit or look them up in books and charts. Others may not want to know how they line up before the firing squad of statistics.

A prognosis seems like a fact, if only a scrap of flotsam frenziedly bobbing in the rapids of cancer treatment. But its stunning specificity (“34.7%”) shields the bloodlessly vague platitude: in five years, you, yourself, will be either dead or alive. The prognosis purées the individual characteristics of a person with the fundamental unknownness of cancer and gloops it into the general form of the aggregate.

Living in prognosis severs the idea of a timeline and all the usual ways we orient ourselves in time: age, generation and stage in the assumed lifespan. If you are going to die at 40, shouldn’t you be able to get the senior discount at the movies when you’re 35? Does the senior’s discount reward a long life, or proximity to death?

Yet we can learn something from the sort of cognitive dissonance that the cancer prognosis forces us into, for that same dissonance appears when we think about the carcinogen-laden environments we now live in.

These include the statistics that continually bombard us with the likelihood that we will die in a car crash, and the endlessly generated randomised control trials that give us incremental survival differences with this or that chemotherapy.

In other words, these studies, numbers and protocols demand that we inhabit them in ways that centrally shape what cancer is, in ways that we need to better understand if we are to truly understand how cancer has become us.

Løchlann Jain is an associate professor at Stanford University in the United States. More about her book Malignant: How Cancer Becomes Us (2013) is available at www.malignant.us