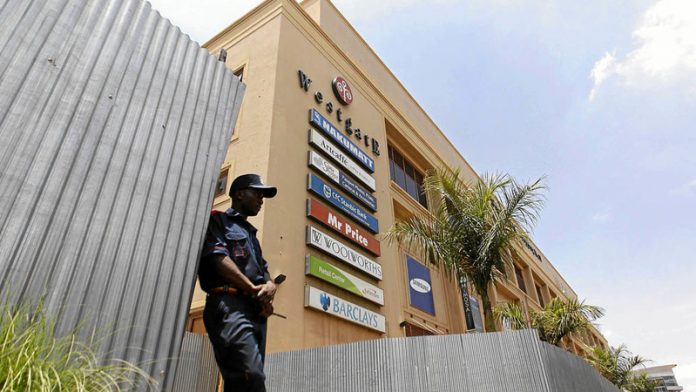 The Kenyans point out that Samantha Lewthwaite, suspected of being involved in planning last year’s Westgate Mall attack in Nairobi, and Fazul Abdullah Mohammed, al-Qaeda’s East African chief who was allegedly behind the 1998 bombing of US embassies in Kenya and Tanzania, used South African travel documents.

Kenya is also said to be angered by the “mishandling” of top government officials who accompanied President Uhuru Kenyatta on a recent visit to Johannesburg.

South African airport security allegedly forced them to return to Waterkloof airport for a physical head count after their manifest did not tally with the people on board their aircraft.

Other factors fuelling the mutual antagonism, sources said, were Pretoria’s opposition to the African Union’s decision to pull out of the International Criminal Court, following the indictment of Kenyatta, and growing regional rivalry.

Originally due to take effect on September 1, the new measures have been suspended temporarily to allow room for talks, following a major outcry from the Kenyan and South African tourism industries.

The source, who requested not to be named so as not to prejudice negotiations, said Kenya did not understand why South Africa was being hard on its citizens given that it has always opened its doors to South Africans.

South Africa’s Home Affairs Minister Malusi Gigaba said at a recent media briefing that visa functions were now being handled by VFS Global in high-volume missions such as Nigeria, China, Ghana, the Democratic Republic of Congo, Angola and Kenya as “part of improving services to clients” and “to cut long queues and reduce turn-around times to adjudicate visas”.

At stake are millions of rands that flow between the two countries from tourism, business investment and students. Both countries consider one another critical source markets for short-haul tourists in Africa.

A highly placed source in Nairobi told the Mail & Guardian that the trouble between the two countries could be traced back to the discovery that South Africa was a weak link in the fight against terrorism.

Westgate attack
Last year’s Westgate shopping mall attack and the 1998 bombing of the US embassy in Nairobi put Kenya on the international terrorism map. It is believed that Lewthwaite bought the passports for herself and her two children from a convicted fraudster in Durban for R60?000.

Fazul was killed in a US airstrike in Somalia in June 2011; a fake South African passport was found on him.

Though al-Shabaab claimed responsibility for the mall attack, Kenya has become increasingly jittery about how its lax immigration rules for South Africans could expose it to more attacks.

Tourism is Kenya’s second biggest source of foreign exchange and terrorism has had a devastating effect on the industry in East Africa’s largest economy. South Africa and Kenya have both been fighting to attract tourists to their shores.

Kenyan sources say the immediate trigger for the current tensions was the South African demand that Kenyan officials return to the airport for a physical head count and the near-doubling of visa fees.

Visa block threat
In response, Kenya threatened to stop issuing visas to South Africans on arrival at its territory, which has been the practice for years.

Kenya almost doubled application fees for various types of visa for South Africans, who had to travel to Kenya’s high commission in Pretoria for biometric screening before submitting their applications.

Kenya said it had suspended the rules after South Africa requested more time for talks. However, Fred Kaigwa, chairperson of the Kenya Tour Operators Association, told amaBhungane: “We raised concerns that diplomacy based on reciprocity must factor in the country’s needs. Rules must be flexible.”

Currently, South Africans in transit or visiting Kenya for 30 days or less do not require visas and those who want to stay longer get visas on arrival. The new measure would remove South African passport holders from the list of 29 nationalities that do not require a visa to enter Kenya.

The new counter-measures imposed by Kenya on South African visitors, which have been temporarily suspended, are:

South Africans will now be required to show proof of funds by producing their bank statements and two passport photographs.

The Bill, which was passed by cabinet last week, caps private, personal home possession of cannabis at 600g a person, or 1.2kg of dried cannabis per household
Read more
National

Who cares about safety when you are first?
Read more
Business

In Japan, in 2018, more than 1 000 people died during an unprecedented heat wave. In 2019, scientists proved it would have been impossible without global warming
Read more
National

Last year South Africa closed its embassy in Jerusalem and Africa For Palestine alleged in its complaint that Mogoeng “expressed, or at least unambiguously implied” that this “political posture” was not right
Read more
Advertising
Continue to the category
National