Time to talk about a minimum wage, says Oliphant 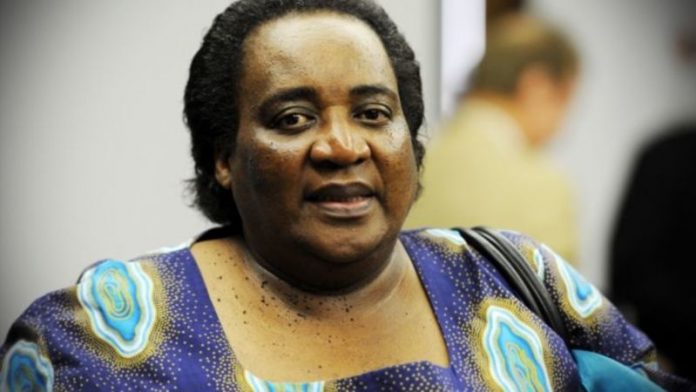 A national minimum wage will be a central discussion at the upcoming labour indaba, Labour Minister Mildred Oliphant said on Saturday.

“Most workers are not aware of their rights. Minimum wage also does not mean workers should be trapped into earning the minimum wage in perpetuity,” she said in a speech prepared for delivery.

She was speaking to an estimated 700 domestic workers during a meeting in Galeshewe near Kimberley.

A labour relations indaba – convened by Deputy President Cyril Ramaphosa – is set to be held on November 4.

Oliphant said that the portfolio committee on labour had already started holding public hearings and the department was in the process of hosting its own, in order to gather input on the national minimum wage framework.

“As the department of labour we are having all these public participation programmes to enable workers to tell us their problems and provide possible solutions.”

She said that in terms of legislation, domestic workers had a right to annual, maternity and compassionate leave, a minimum wage and other workers’ rights.

“The workers should be appreciated … [for] what they are doing,” she said.

However, she said the numbers were a drop in the ocean, as there were many more unregistered workers and employers in the sector.

Domestic workers were set to benefit from amendments to the unemployment insurance fund legislation, said the minister. – Sapa