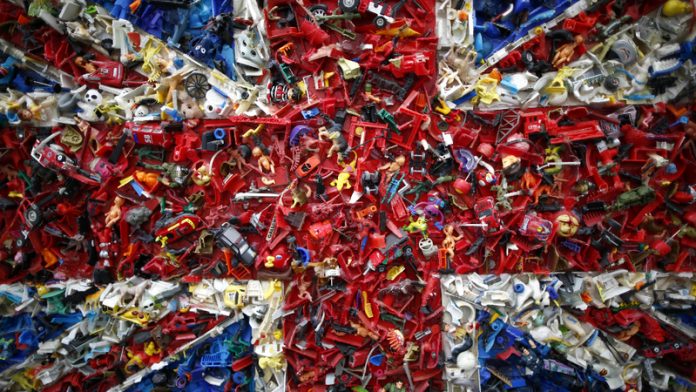 Think of London, and increasingly one thinks of inequality. There are the super-rich, devouring swaths of the luxed-up city. There are the retired middle classes who bought modest-seeming houses back in the day and find themselves millionaires, and whose children have little chance of becoming property owners except through inheritance.

And there is the London of the low-income toiler and the out of work: the life of the cramped, expensive rental on the margins of the city, or the endless wait for social housing. At the same time, London has become the voracious head of Britain’s body, chewing up resources, passing very little on to the body of the nation.

This is the narrative about London that prevails in the media now, and it is true. There are few who would disagree with the notion that the metropolitanism of the post-imperial age is a problem. We need our northern cities and rural communities to be strengthened.

But there are other stories to tell about London – the London that is many-cultured and tolerant, the London that is gloriously polyglot, the London that remains, politically, a bastion for the left, notwithstanding its mayor. And London the great artistic centre. I hardly need to mention the city’s film festival, which continues this week, or the fact that its theatre consistently amazes. (Phyllida Lloyd’s all-women production of Henry IV at the Donmar Warehouse is the latest dazzler, with Jade Anouka’s bewitching Hotspur and Ashley McGuire’s glorious Falstaff – you can feel them revelling in big, generous roles usually denied to women.)

But let us leave theatre aside. This is the week to celebrate London’s art: this is Frieze week. It is perfectly possible to argue (and I have) that Frieze, taken by itself, poses problems.

Here, in a pair of grandly appointed tents in Regent’s Park, art is for sale as in a deluxe flea market – contemporary work on display at Frieze art fair itself; and Old Masters, ancient objects and art of the 20th century at its companion, Frieze Masters. Art at these fairs (with a few exceptions, such as the Allied Editions stand where prints are sold in aid of public institutions) is not for mere mortals.

There’s a Rembrandt for sale at Frieze Masters, and a Rubens: you get (or in this case very much won’t get) the picture. Even to pass through the door it will cost you GBP30 for each fair (though there is a GBP15 ticket available for visits after 5pm). The main business of Frieze – the buying and selling of high-end art – has little to do with the lives of most Londoners.

And yet it is a spectacle. It is, after all, a fair. As mysterious and inaccessible to most as a Travellers’ horse-fair, but also as intriguing, with its aura of a familial mustering, its particular argot, its sense of occasion.

The frocks, the shoes, the flaneuring: it is the Vauxhall Gardens of the modern age. And it is the releaser and enabler of so much else. This week the international art world gathers in London, and the city puts its best foot forward. There is an extraordinary array of exhibitions. The National Gallery’s late Rembrandt show opens on Wednesday.

At Tate Modern, an important survey of the work of the late Sigmar Polke opened last week; the week before that it was a retrospective of Anselm Kiefer, that other giant of German postwar art, at the Royal Academy of Arts. Other public galleries are playing their part: the Whitechapel is showing the major American postwar artist Richard Tuttle; at Camden Arts Centre there is the first show – of paintings, video and a neon work – in the UK for American Glenn Ligon.

The work may be there to be bought, but anyone can push open the door and take in the art for free. At Victoria Miro, you can see collages by the Kenyan-born, New York-based Wangechi Mutu. Sadie Coles is showing sculpture by Matthew Barney – he of the immense operatic films such as the Cremaster Cycle and, more recently, River of Fundament, which was seen at English National Opera earlier this year. Thomas Dane Gallery is presenting an exhibition of new work by Steve McQueen, the first exhibition with the gallery since 2007 by the artist who is now the toast of Hollywood after a trio of extraordinary feature films.

And, as with any large agglomeration of events in a particular space and time, there are unexpected connections to be made and chance encounters to be had. Last week I was able to wander through the British Museum’s exhibition on Germany from Gutenberg to the fall of the Berlin wall. (It opens to the public on 16 October.)

It struck me that anyone who wants to understand the country that has come once again to dominate Europe should see this show, together with Polke at Tate Modern and Kiefer at the Royal Academy. (You might also add exhibitions devoted to painter Gerhard Richter at Marian Goodman and, at Raven Row, to KP Brehmer, who tackled the fractured politics and economics of East and West from his Berlin studio.)

As the British Museum’s show sets up a narrative that complicates our received notions of the nation’s history, so Polke (born 1941) and Kiefer (1945) give us a way of understanding the nation from the point of view of its postwar artists’ deep self-exploration. The British Museum shows us the great Durer print Melancholia, one of Germany’s artistic touchstones. The RA, in turn, offers the immense woodcuts in which Kiefer borrowed Durer’s enigmatic motif of the polyhedron, letting it dangle like the tittle of a question mark among Rhineland woodlands.

Polke, meanwhile, offers a whole narrative of Germany of his own, from works from the 1960s, with titles like Sekt fur Alle (“fizz for all”) sending up consumerist West Germany, to the great series of watchtower paintings of the 1980s, which complicatedly recall the fortifications of Nazi prison camps. There’s no other city that could quite do this. Britain’s second art city, Glasgow, is exciting and energetic, with a young and curious audience, but hasn’t the sheer scale and heft of the London art world.

Paris hasn’t the vim. New York hasn’t the precise thing that makes London work in the way it does: a vigorous scene that continues seamlessly across both public and commercial spheres. It is the civic-minded and publicly funded aspect of London’s art world that gives it its particular spirit, and makes it so different in feel from New York.

This week London is en fete, spectacular to behold, and with more art to be seen gratis than a mortal could possibly digest. Even Frieze has its free element, by way of its sculpture park in Regent’s Park, which any passer-by can enjoy. Galleries such as Chisenhale are publicly funded and charge no entrance fee – though they also rely on the support of donors.

Those who have come to shop might pause to consider that it is our cash-poor public institutions that make London the place they want to be this October – and open their philanthropic wallets. The rest of us can enjoy the art. – Guardian