Sithole: Sharks are gelling nicely ahead of Currie Cup semifinal 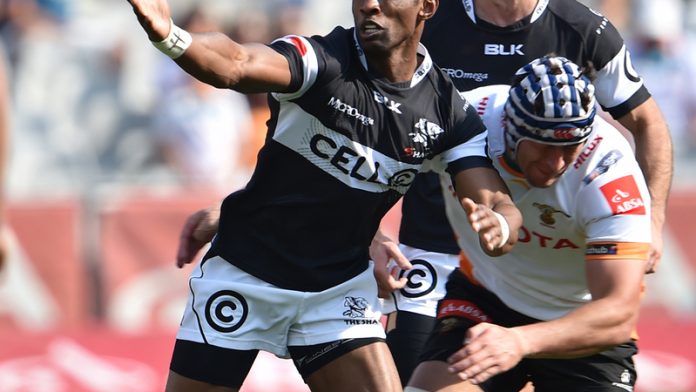 Sharks utility back S’bura Sithole says although the Golden Lions are favourites to win the Currie Cup semifinal on Saturday, the Durbanites are starting to gel nicely ahead of the Ellis Park showdown.

The defending champions held the momentum after extending their unbeaten run to five matches, with their win over table toppers Western Province fresh in their minds. “There is always something to work on, but we’ve begun to gel nicely as a team in recent weeks, and played some nice rugby,” the Sharks midfielder said on Tuesday.

“We need to keep that going now that it’s the knockout stage. The mood in the camp is pretty good and everyone is very keen. There are a few nerves but that can also be a good thing.”

Province, who host the Blue Bulls in the other semifinal, fielded an under-strength team in the 28-20 loss to the Sharks, after they were already assured of ending top of the log with a guaranteed home final.

Sithole, drafted into the Springbok squad earlier this year without playing, felt his team may have taken things a little lightly in Cape Town. “It was a mixed bag with a bit of bad and good. With the team Western Province chose, perhaps we thought it would be a bit easier, but it just shows that in the Currie Cup no games are easy,” he said.

‘Every side is beatable’
The Sharks ended the regular season in third position, but their recent run had seen them beat the other three semifinalists within the space of four weeks. And the 24-year-old – who had started all 10 games so far this season, scoring four tries along the way – thought they had every chance of toppling the Lions once again.

“The Lions might seem like they’re the complete team, but every side is beatable. Province went on a long winning streak at the beginning of the season, but eventually that unbeaten run was broken.

“So whether you’re at the top or the bottom, there are no guarantees.”

When the two sides met two weeks ago in Durban, the hosts prevailed 26-23. But Sithole expected a far different proposition this time around. “I think the Lions will be a bit more clinical compared to when we played them here earlier in the season. It’s crunch time now and there’s no room for errors.

“Going up there to Joburg, with their home ground advantage and crowd getting behind, it won’t be easy. But it won’t make any difference to how we want to play on Saturday.”

The Sharks are expected to welcome back hooker Kyle Cooper for the clash after he missed the last game with an ankle problem. – Sapa