Maputo: A rich culture is the best currency 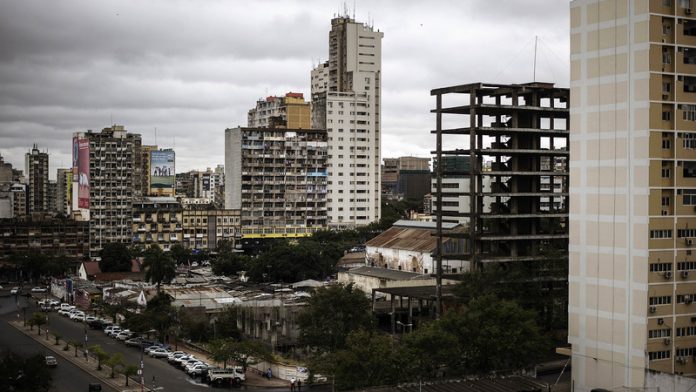 In August 2014, the United Nations ranked Mozambique 178th out of 187 countries in terms of human development. Here are other quick stats: 50 –life expectancy; 3 – the mean years of schooling; and 70 – the percentage of poor people.

Yet one wouldn’t fathom this grim reality from the rich cultural calendar that has recently seen Euphonic, Filipe Mukenga and Angelique Kidjo play at More Jazz Series, award-winning South African guitarist Guy Buttery perform in Maputo and a second cycle of Xiquitsi (the international festival of classical music) just wrapped. For its size – 2.5-million in greater Maputo – the city enjoys a lively cultural scene, more than similar capitals such as Lusaka, Lilongwe, Dar es Salaam and Windhoek.

Maputo sizzles with culture despite the lack of funding. The dense urban fabric helps. “It’s so accessible, easy to cruise through art and cultural events, all at your doorstep,” says tour guide Jane Flood. Unlike African capitals designed by British colonials – spread out, stratified, the financial district empty after 5pm and the middle class in far suburbs – the Portuguese built Lourenço Marques dense with high-rises, mixed use of space and a café culture. And living in flats forces people to go out in the evenings.

After independence in 1975 and during the 16 years of civil war, waves of Mozambicans took over the capital’s buildings and streets, infusing diversity and disorder. In central Maputo, the rich, the poor and the middle class, black people, Indians, white people and expats are neighbours and talk to one another. High rents are driving the non-rich out of Maputo central, but it is not yet a one-class suburb like Sandton in Johannesburg or Karen in Nairobi. The roots of the city’s romance with the arts go deep.

A home-grown intellectual movement sprouted in Maputo in the 1950s, with literary journals (O Brado Africano), cinema clubs, revolutionary poets and artists, jam sessions with visiting South African jazz artists: “all indicative of an enormous desire for aesthetic renewal and greater identification with local reality” (in the words of writer Luis Bernardo Honwana). In parallel, political protest grew. Independence gave wings to the arts movement. In spite of civil war, the government set up the National Company of Song and Dance, photography and cinema schools.

“Frelimo promoted forging a new Mozambican identity, a New Man, that culture was part of development,” says Chude Mondlane, a singer who commutes between Maputo and New York and the daughter of liberation hero Eduardo Mondlane. Living in the besieged capital during the hard war years, when flying was the only way to leave, reinforced social connectivity. Teresa Amaral recalls: “Each would bring whatever one had – a cauliflower, fish, and booze, and we would party. There was not much to do under curfew.”

After the 1992 peace agreement, Amaral and her husband opened Maputo’s coolest bar of the 1990s, Tchova Chita Duma (Push the Cart and Go, in Xitsonga) – a must for musicians, aid workers, diplomats and young people seeking fun at a time when Maputo had very few shops. As the city’s economic life picked up, so did its arts. “What strikes me in Mozambican art is the focus it keeps on tradition, but at the same time an openness to incorporate new foreign elements,” says Eline Jakobs, the Dutch editor of an online cultural magazine, who has lived in Maputo for 10 years.

For centuries, Mozambique has been a crossroads of Arab, African, Portuguese, Indian, French and South African influence. Venues are small and intimate, and so is the arts community. Inocencio Albino, cultural editor of the popular weekly Verdade, attended the Cape Town International Jazz Festival this year. “Cape Town was super professional,” he says. “But in Maputo we have more contact with the artists – fewer barriers.” One can go backstage after a show at any venue in Maputo. Artists open their studios to visitors in a Flood-run tour.

Maputo is walkable (although cars and vendors invade pavements) and sociable, with interaction across class, race and nationality. “It’s the coastal vibe,” says Amancio Miguel, author of a classic book on marrabenta. This popular genre combines traditional Mozambican dance rhythms with Portuguese folk music and has changed over time, incorporating other sounds and styles, including rhythm & blues, reggae, and blues. The protest vibe breathes fire on a Night of Poetry held by the Instituto Cultural Mozambique Germany. A militant crowd sits on the floor and listens to angry young men and women rap, recite and rhyme their anger at social injustices. The tiny café at the German cultural centre rocks that night.

The downside is poor infrastructure. Lighting is inadequate. Old projectors flatten light and colours in movies. The sound can be lousy. Events start late. Toilets stink. The Avenida theatre (linked to Swedish bestselling author Henning Menkell) has mosquitoes and cockroaches. The Art Deco Africa theatre leaks. The French cultural centre only has toilet paper on concert nights – one roll at the entrance. “We need well-equipped and well-organised art galleries with the ability to judge if the work is good or not,” says Gonçalo Mabunda, whose quirky sculptures made of old AK-47s and rockets are exhibited worldwide.

Artists find it hard to earn a living. Says Flood: “There is no culture of Mozambicans buying Mozambican art. The market is expats.” Sergio Chusane, an actor for 15 years with popular Mbeu and Mutumbela Gogo theatre groups while holding a full-time job to support his acting passion, complains of poor government support for the arts: “We do theatre on our own, with no help.” Yet he sees more venues opening, and not only in Maputo central. “There is a growing demand,” he says. Last week, 57 students at the new Higher Institute for Arts and Culture graduated in cultural management and studies, 18 in design and 14 in visual arts.

Most festivals have a teaching component, with visiting artists running workshops with Mozambicans. And Xiquitsi is developing the Maputo Youth Orchestra for classical music. In May there were 100 musicians and singers on the stage with the University of South Africa’s Soshanguve String Orchestra. “People who never saw a violin are now listening to one,” says Henny Mathos, executive director of Kulungwana, which runs the Xiquitsi festival and an art gallery at the iconic train station. Zimbabwean artist Berry Bickle, who has worked in Mozambique since 1991 and moved to Maputo in 2003, often uses Maputo’s iconography – walls, tiles, landscapes, the collection of elephant foetuses at the neogothic National History Museum – in her digital work.

“Culture in Maputo is a currency that is not boxed to elitist modes but passes as a current in the urban framework,” she says.