Electro R&B – Stepping up the genre 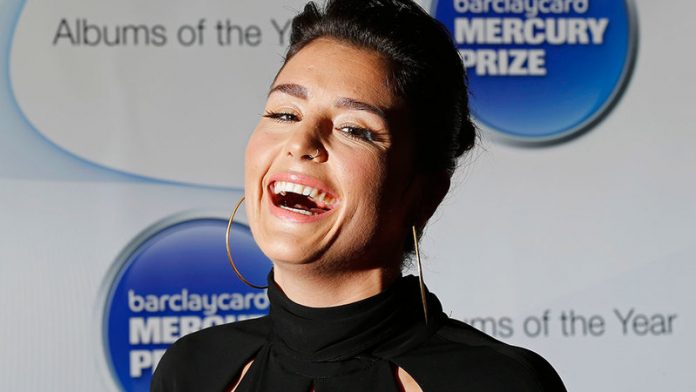 British singer/songwriter Jessie Ware is best known for her high octaves and gutsy delivery of 2012 anthem Wildest Moments, as well her ethereal vocal contributions to several tracks of the masked producer SBTRKT.

So when she shared a link to download her latest track 12 for free a few nights ago, fans knew they were in for a treat. But it’s not more of the same. Demo 12, which didn’t make it onto her recently released sophomore album Tough Love, begins to shine a beacon on the evolving R&B genre.

These artists are like builders who moved into the stock-standard house of R&B and renovated it – creating a modern, electro R&B sound. And it’s spellbinding.

It’s not a novel discovery. Last year the Guardian identified Solange Knowles as one of the leaders in this new wave, when she founded Saint Records, describing the independent music label as “a beguiling compilation bursting with originality”.

“Its message is abundantly clear: the majority of the album’s artists are women, including Kelela, Jhené Aiko, Cassie and India Shawn, and in place of bed-hopping alpha-males, it has sensitive singer-songwriters such as Sampha.”

It’s not all about midriffs, and dancing to the tune and direction of these “male music moguls” but rather about “launching record labels, directing videos and stepping up to the mixing desk”.

Neither hyper sexuality nor bare-chested men with barely clad video girls gyrating around them, for that matter, are the binding agents for these new acts. Though their lyrics might suggest otherwise, the artists’ motives and frames of references need to be explored.

In an interview with The Independent, Lanza said: “I struggle with how to present myself visually because I’m not comfortable with it … I don’t look like Rihanna, and I’m not a super-hot 21-year-old. When people at Hyperdub ask me to do pictures, I always err on the side of being obscured rather than being up front.”

Twigs said in an interview with Pitchfork in reference to the lyrics of Two Weeks particularly: “Some of the songs that people think are the most sexual are not at all to me,” she said. “Like when I sing, ‘If you want to touch me / you can do it with the lights on,’ that’s a metaphor for letting certain people see the different, ugly sides of you that others won’t be able to see.”

The part-Jamaican part-English and Spanish Tahliah Barnett started her career three years ago as a back-up dancer for the likes of Kylie Minogue, Jessie J and Ed Sheeran. And so the ties that bind the new wave artists become clearer. Like attracts like – and the result of such musical pairings is often a similar sound and even aesthetic.

Ed Sheeran co-wrote Say you Love Me with Jessie Ware. The Soundcloud description under Ware’s 12 reads: “I made 12 with Robin Hannibal last year at Red Bull Studios London. Loved him since hearing Quadron’s Average Fruit and although this track never made it onto Tough Love, it was a joy to work with Robin finally. This is a song for my Sam and I hope you like it, play it and go kiss someone x.”

Composer/producer Robin Braun aka Robin Hannibal, is one half of the duo Quadron, who formed Rhye with Canadian electronic producer and vocalist Mike Milosh. The other half of Danish outfit Quadron is Coco O (Coco Maja Hatsrup Karshø).

New wave R&B is really quite mesmeric. It’s the soft gentle clicks, taunting guitar chords, silky synths and those teased out vocals that really require some restraint, though some might find cloying. It’s that sweet spot where groovy, downtempo beats, simple melodies and sultry vocals meet.

There are no tricky chords or a display of astounding vocal power by Ware or her friends, but they certainly know how to reel the listener in.