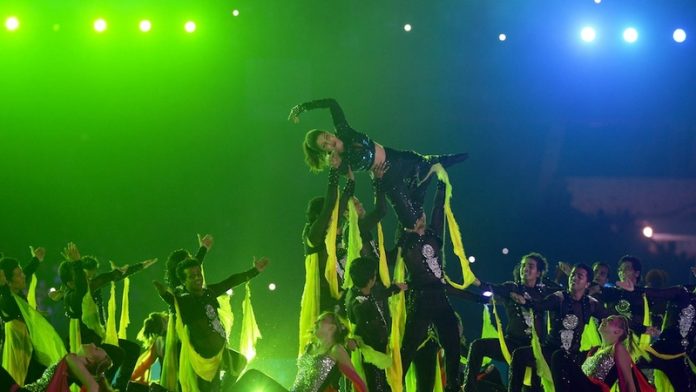 After the Bollywood A-listers, the dancers, the singers, the cricketing heroes, the world’s richest men and their wives and the local politicians had come and gone, it was time for the beautiful game.

At 6pm on Sunday, as the sun went down in the eastern Indian city of Kolkata, a hugely ambitious project got under way: to convert 1.25 billion cricket-mad Indians to the joys of football.

“It’s going to be a roaring success. There’s room for another game – especially a global game – in India,” said Utsav Parekh, a local businessman who co-owns Atletico.

India has been described as the sleeping giant of football by Sepp Blatter, president of Fifa, global football’s governing body. But gauging interest in the sport is difficult. It is sometimes played in the streets by the barefoot poor, and a segment of the elite follow European football, particularly the English Premier League.

Cradle of football
That the 11-week ISL started in Kolkata is no coincidence. The city has a footballing tradition dating back to a local team’s victory over a British military side in 1911. “Football is a passion here in Kolkata. It is the cradle of football here and it is here that we will rejuvenate and rekindle the spirit of football,” said Parekh.

The 1950s were a golden age for the sport in India, with the national team winning gold at the inaugural Asian Games in 1951 and again in 1962.

A lottery-allotted slot for the 1950 World Cup was refused, supposedly because Indian players were not allowed to play barefoot, but more likely because of cost.

The ISL, in which eight teams will play each other in a total of 61 matches, aims to reproduce the commercial success of India’s brash, fast-paced cricket tournament, the IPL. The ISL is bankrolled by Rupert Murdoch’s Star Sports and the Reliance Industries conglomerate, controlled by Mukesh Ambani, the country’s richest man. Owners of the teams include some of the biggest names in Bollywood as well as cricket stars such as the recently retired Sachin Tendulkar and the national team captain MS Dhoni.

Like the IPL, the ISL will depend on star players signed to lucrative short-term contracts to attract fans and viewers. Former Italy defender Marco Materazzi has joined Chennai as player-manager, while his former national team-mate Alessandro Del Piero will play for Delhi Dynamos.

Not everyone is convinced that such veterans – their numbers are restricted to less than a third of the 22 players each squad can have – will impress fans. “They’ve brought a set of players who you can watch out of curiosity once or twice but not more than that,” said Jaydeep Basu, a veteran football writer.

International failures
Experts blame football’s lack of popularity in India on failures at an international level. The men’s national team are 158th in Fifa’s rankings, between Puerto Rico and Thailand. Recently they were beaten 3-2 by Palestine. The women’s team ranks 53rd, just above Paraguay.

Another problem is the lack of facilities, an impediment to the development of almost every sport in India. Parekh dismissed the sceptics. “India won’t make the next World Cup, but I’m sure we will be there for the one after, even if we may not win it,” he said.

Last week, on the outskirts of Delhi under the fading shadows of a vast temple, 22 men walked off a pitch. The regular fixture that day was a friendly between Delhi United and the Food Corporation of India. A handful of spectators drift away. The home team has lost 0-1.

“Before, no one knew that football is played in Delhi like this in the evening, out here or in the stadiums,” said Rishi Kapoor (30), a Delhi midfielder. “Since the ISL has been announced, even people who aren’t players want to know when is the match … you can say everybody is excited. This is a great change.” – © Guardian News & Media 2014