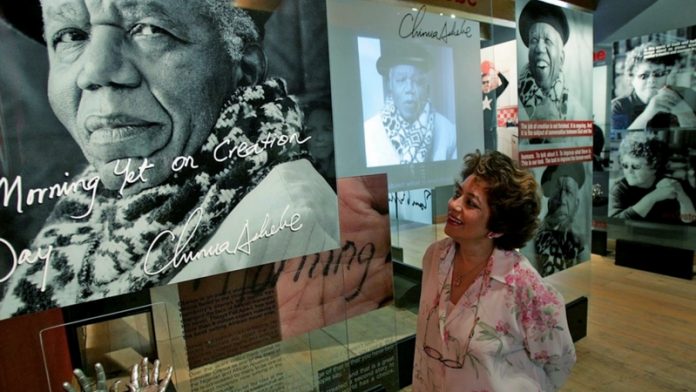 When his contract wasn’t renewed earlier this year, director of art collections at the Iziko Museums of South Africa, Riason Naidoo, and his acolytes stirred up a flurry of arty political outrage.

But the remaining few months of his return, after a finding in his favour by the Commission for Conciliation, Mediation and Arbitration (CCMA), is hardly going to be an easy ride. More importantly, it brings renewed pressure on the actual survival of the South African National Gallery (SANG).

When Naidoo’s five-year contract as director was not renewed in April, the local art world went into a tizz.

Motivated by half-hearted sympathy or knee-jerk political correctness – both promoted by Naidoo’s public statement at the time – the clichéd question from arty noisemakers was “How dare they?”

For those, including some journalists on the prowl for signs of the clash between the colours of culture and the scuffle between “art elitism” and that of “the people”, the situation was a perfect political propaganda fit.

But despite the huffing and puffing, the smoking gun isn’t what the noisy ones think it is. The issue is not really about firing the man responsible for the institution. It’s about a system and scholarship. It’s about expertise and execution – and the lack of it.

Issues at Iziko
A lot is wrong with the gallery today.

The SANG falls under Iziko. It was established by an act of Parliament in 1895, and houses and exhibits a major collection of local art in an imposing building in Cape Town’s Company Gardens.

It was under Naidoo’s direction, as part of his Iziko job.

Until 1998 the SANG was an independent institution, guided by a director.

This was a position of stature and influence, equal and similar to those appreciated and respected internationally. It usually involves leading and managing the country’s main art museums.

When the Iziko ‘flagship’ system came into being at that time, amalgamating a number of Cape Town cultural institutions, the SANG director job disappeared into the organogram.

Today the real crisis of the SANG relates not to the non-renewal of a director’s contract, but the bureaucratic structure of its ties to Iziko.

A victim of bureaucracy
What was once punted as a sensible and efficient way of doing things, has slowly, but clearly strangled the once-famous art museum. Where expertise, scholarship and curatorial insight once reigned, a ghostly make-do process unfolds with each hapless exhibition.

Capetonians who care – and the SANG has had a surprisingly substantial local support base, including a 46-year-old Friends organisation with around 800 members – have noticed how many of the exhibitions and activities seem to entail ad hoc, often last minute, arrangements.

Media management, dissemination of information and exhibition presentation – all vital to an art museum which claims any importance – have slipped to a low.

To put it simply: the SANG – by its very nomenclature a supposed treasure house of the finest art of our land – has fallen victim to bureaucracy. Navigating the maelstrom of political correctness on the one hand, and lack of proper funding on the other, it has lost the imperative of its name and status.

This is ironic. The formation of the Iziko was supposed to take it to a higher level.

Yet, the system has failed the SANG. And the appointment of Naidoo five years ago was arguably part of that failure.

How much he contributed to expertise, insight and erudition, is questionable. He opted to play to public appeal, choosing populism to draw people. He offered little curatorial motivation for those shows, no insight – critical for an institution that should chart current art history, especially one like the SANG. ‘Feet through the door’ is no counter to artistic discernment.

No comprehensive funding structure
The way forward for the SANG, to regain its status, is to be disassociated from the top-heavy, bogged down Iziko system.

With proper and specific funding, governed by a clear-cut mandate, the independence of the institution may reinvent its vital importance as a cultural institution of note.

When Iziko was founded by the Cultural Institutions Act, passed in 1998, it was classified as a “schedule 3A public entity” with only a vague promise of subsidy by the national department of arts and culture. In other words, there has never been a comprehensive funding structure put in place.

The establishment of Iziko was motivated by two imperatives. One was the streamlining of resources. But, perhaps, more importantly, was the cultural narrative of the time, since the advent of democracy, that South Africa had to rejig its art history and legacy.

No more was this history simply seen and evaluated as the mirror of so-called ‘Western’ or ‘colonial’ cultural legacy. New-found democracy brought to the SANG a task to bring previously neglected art and artists into the formal canon.

This is obviously an ongoing and challenging process.

But it would be very wrong to argue that it only started in the last five years or so, an argument offered on Naidoo’s behalf.

Change started a few decades back as the current exhibition of Rorke’s Drift prints gloriously demonstrates. The gallery was acquiring this work right at the time when those young black artists were changing the cultural paradigm in the early 1970s. So much for recent ‘transformation’.

The SANG, led by able and insightful directors, has, despite propaganda, often stayed at the edge of our inventive, creative endeavours. It’s arguably not doing that right now. A new plan needs to be made.

* Melvyn Minnaar is an arts writer and once served on the board of the SA National Gallery.

Gayle, the language of laughter – and of safety