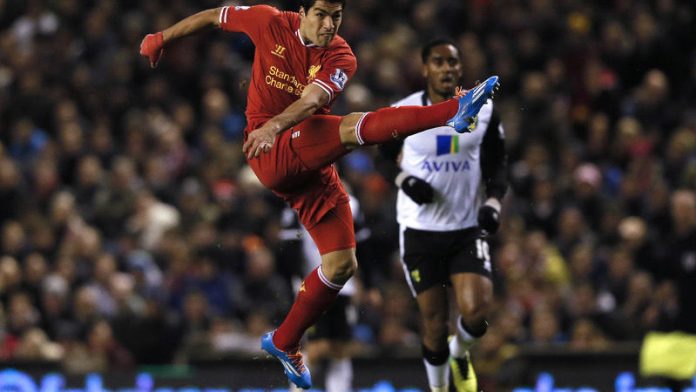 Liverpool manager Brendan Rodgers conceded his team has been hit by the departure of the controversial but prolific striker Luis Suárez as they prepare to take on Champions League winners Real Madrid on Wednesday.

Suárez, who has joined Barcelona on a five-year-deal, was the English Premier League’s top scorer last season with 31 goals. Liverpool ended up two points behind champions Manchester City and earned a return to the Champions League for the first time since the 2009-2010 season.

They have already lost three league games this term and the manager admitted they were fortunate to beat Queens Park Rangers 3-2 on Sunday.

“I signed a three-year contract with the objective of winning the league and we almost did in the second season,” Rodgers told Spanish newspaper As.

“This natural progression of the team has been halted in some ways by the departure of Luis Suárez and the arrival of new players.

“Still, the club is in a good way as we have a young squad and we know that if we are going to improve then we need to take a short-term hit,” he said.

Praise despite controversy
Rodgers was effusive in his praise for the 27-year-old Uruguayan who joined Barcelona despite receiving a nine-match international ban and a four-month suspension from all soccer-related activities over his World Cup biting scandal.

“I enjoyed each minute I was working with [Suárez], he is a great guy. It’s true that he had some issues on the pitch but I only have good words for him. Each day he arrived and prepared himself as the top players do and rested when necessary. Magic, pure magic.

“I made a team for him and while they initially were criticising his scoring rate he got 31 goals in the second year we were together. We helped him and he helped us to improve.”

Liverpool face a difficult task in Champions League group B as they take on a Real side which has hit form, Cristiano Ronaldo in particular with 15 goals from the opening eight La Liga games.

“He is an amazing player and his evolution over the past few years into becoming a goal scorer has been incredible. He is a player that you have to focus on but the team as a whole is incredible,” said Rodgers.

“[Real] are a strong team and have been for many years. They have everything, a lot of experience, top players, speed and technique. They are a fantastic side with a great manager in [Carlo] Ancelotti who is also a nice guy and knows how to improve his players.”

“My philosophy was in place when I arrived at Liverpool and the first six months were about finding ways to get my principles across,” he said.

“We were in the Europa League and it was difficult. I was brought in to implement my style of attacking football and also to win but it takes time as it is a style based on movement and creativity and especially the absence of fear.

“After five or six months the players began to take it on board. We brought in [Philippe] Coutinho and [Daniel] Sturridge and this also helped us to grow. In the last 18 months it has been like a magic carpet for us where we have evolved but there is still a long way to go.

“Some teams keep the team and add one or two players but we lost a world-class player and now we have to improve little by little.” – Reuters