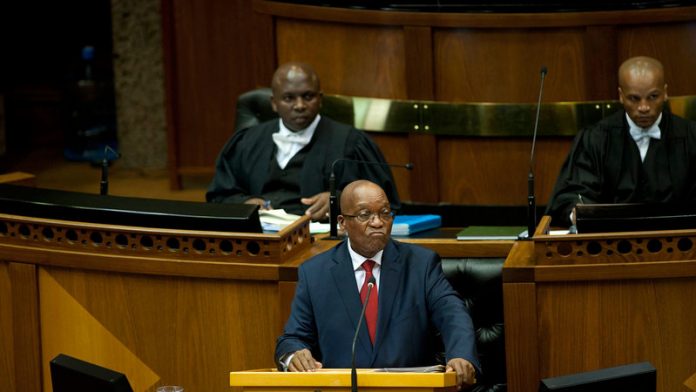 “If he is correctly reported, the president’s comments raise disturbing questions regarding his views on the distinction between proper state expenditure on bona fide projects and expenditure that will result in his own enormous and unjustifiable enrichment,” executive director Dave Steward said in a statement.

“However, something must be seriously wrong if the provision of such security leads to state expenditure that vastly exceeds the value of the property that is being protected as well as expenditure on the security of other former presidents,” he said. Beeld reported on Monday that Zuma compared the construction of airport in George for apartheid-era head of state PW Botha, and his own home in Nkandla.

‘Is it unfair?’
Answering a question during a Sunday lunch to mark media freedom day, he said he lived in a state house without paying rent and travelled on state planes without paying for it. “Is this an unfair advantage?” he asked. When it was pointed out that his Nkandla dwelling was a personal home, not state property, Zuma said it was the state’s duty to protect the president and deputy president.

Zuma said the airport in George was not built for economic reasons. “It is because Botha lived there [at Wilderness].” He wanted to know why there was so much criticism over Nkandla saying: “Is Nkandla not meant to produce a president?” The government spent R246-million on upgrades to Zuma’s Nkandla home.

The public protector recommended that he repay that part of the money not spent on security. Meanwhile, disciplinary hearings for government officials who signed off on aspects of the project were underway.

Parliament was disrupted by a call by the Economic Freedom Fighters that Zuma “pay back the money”, and Minenhle Makhanya, the architect who worked on the project, is challenging his alleged liability for overspending in court. Steward said any state action, which resulted in the enrichment of a political office bearer was fundamentally wrong and unacceptable.

He said Botha was not given ownership of George Airport and derived no personal benefit from it. It was not built just for Botha’s personal travel needs.

“What emerges from President Zuma’s remarks is his growing sensitivity to media criticism over Nkandla; his, and the ANC’s failure to accept that the expenditure of R246-million on his private residence is indefensible; and the lack of credibility of the findings of organisations like the SIU that are ultimately under the president’s control,” Steward said. – Sapa