Ebola: Trials could get to West Africa in January 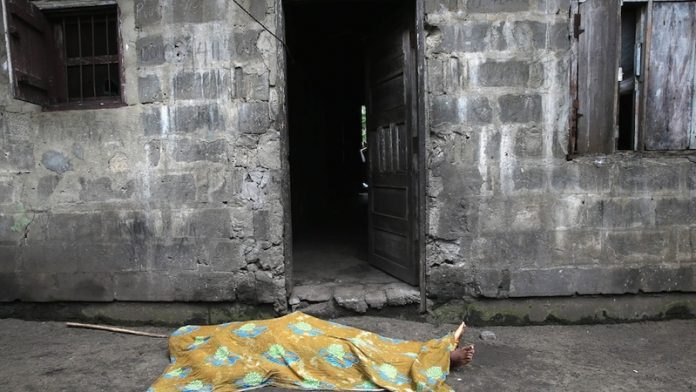 The hunt for an Ebola vaccine will produce data soon about whether two experimental vaccines are safe and could lead to larger medical trials in West Africa by January, a top World Health Organisation (WHO) official said on Tuesday.

Dr Marie Paule Kieny, an assistant director general for WHO, said clinical trials either planned or underway in Europe, Africa and the United States (US) are expected to produce preliminary safety data by December. In the meantime, she said, governments are pushing for immediate “real-world use” of an approved Ebola vaccine.

She told reporters on Tuesday in Geneva there are two leading candidates for a vaccine. If the vaccines are deemed safe, tens of thousands of doses will be used in trials in West Africa beginning in January to test their effectiveness, she said.

The second front-runner, developed by the Public Health Agency of Canada and known as VSV-EBOV, has been sent to the US Walter Reed Army Institute of Research in Maryland for testing on healthy volunteers, with results expected by December. The next stage would be to test it more broadly, including among those directly handling Ebola cases in West Africa.

Canada has donated 800 vials of the experimental vaccine to WHO but the shipment was delayed by a Lufthansa pilots strike. It is now expected to arrive in Switzerland on Wednesday for testing coordinated by the United Nations health agency among volunteers at the University Hospital of Geneva, and volunteers in Hamburg, Germany, and in Gabon and Kenya, Kieny said.

“These data are absolutely crucial to allow decision-making on what dose level should go in the efficacy testing in Africa,” she said, referring to plans for the broader testing starting in 2015.

Flu drug
At a separate news conference, WHO spokesperson Fadela Chaib promised a thorough public audit of the agency’s early missteps in responding to the Ebola outbreak that has already killed over 4 500 people.

“There is certainly a wish and a will to have this review,” she said. “We know many elements need to be explained in the future. … WHO will do that, but in the future; now our focus is on the response.”

Meanwhile, an experimental Japanese flu drug that has hit the headlines because of its potential to fight Ebola may also work against norovirus, the winter vomiting bug, British researchers said.

As with Ebola, the research is still at an early stage but a study in mice found that Fujifilm’s Avigan, or favipiravir, was effective at reducing – and in some cases eliminating – norovirus infection.

The drug works by causing the virus to self-destruct in a process known as “lethal mutagenesis”, which causes errors in its genetic information. In effect, the virus mutates itself to death.

Clinical trials of Avigan, developed by Fujifilm group company Toyama Chemical, as a treatment for Ebola are set to start in Guinea in mid-November and the Japanese company said on Monday it was stepping up production of the medicine.

The findings from the norovirus study in mice were published by a team of researchers at the University of Cambridge in the journal eLife.

“This is the third time this committee will meet since August to evaluate the situation. Much has happened, there have been cases in Spain and the United States, while Senegal and Nigeria have been removed from the list of countries affected by Ebola.”

The 20 independent experts, who declared that the outbreak in West Africa constituted an international public health emergency on August 8, can recommend travel and trade restrictions. The committee has already recommended exit screening of passengers from Guinea, Liberia and Sierra Leone. – Sapa-AP, Reuters