Spoilt for choice: A roundup of international music acts coming to SA 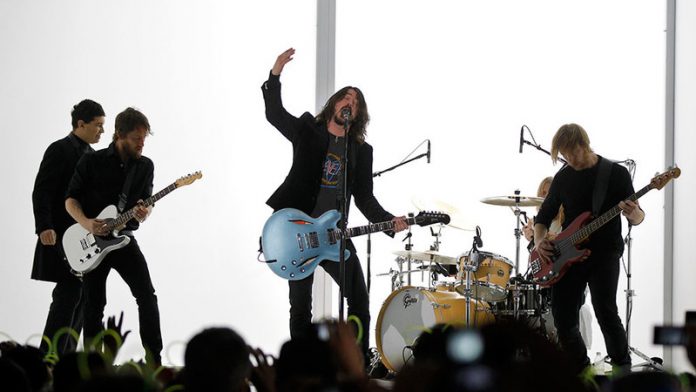 Doesn’t everyone have memories of watching a life-changing live music performance? If you haven’t been that fortunate, that could be taken care of quite soon. For the next few months music fans will be spoiled for choice as a series of concerts featuring international artists are scheduled to take place around the country. Here’s a round up of shows to look forward to:

John Legend makes his nearly biennial appearance with his All of Me tour. With sold-out shows for Cape Town and Durban, only Johannesburg has tickets available for the added show on November 19. The All of Me tour has currently sold out in more than 60 cities in the United States and features Legend in an intimate setting, enhanced by guitar/vocal accompaniment as well as a string quartet. Lulu Dikana has been announced as Legend’s opening act for all three Johannesburg shows.

Jared Leto … I mean 30 Seconds to Mars … is headed this way with their Love, Lust, Faith and Dreams tour with cool kids Beatenberg as their opening act for both shows. 30 Seconds to Mars will be performing in Johannesburg on November 21 at the Coca-Cola Dome and in Cape Town on November 23 at the Grand Arena. The 42-year-old frontman Leto even sent a “special message” to his fans. We love you Jordan Catalano!

If you’re a fan of rock ‘n roll then you can look forward to Matt Sorum, Gilby Clarke and Duff McKagan – all originally from the now defunct Guns n’ Roses of 1990s fame, joined by special guests, Steve Tyler (Aerosmith), Billy Gibbons (ZZ Top), Robin Zander (Cheap Trick) and Nuno Bettencourt (Extreme). Kings of Chaos returns with artists that have collectively sold in excess of 450-million albums worldwide and together, they have penned many of the most defining rock anthems of all time. While reliving the good old days the Kings of Chaos will perform some of their greatest hit songs in a two-hour rock ‘n roll appreciation class.

Following the cancellation of TribeOne Festival, festival goers have the inaugural World Jam Music Festival to look forward to. One of the coolest “chefs” around, Kelis, will be performing at Moses Mabhida Stadium alongside the likes of The Kooks, Prime Circle, The Parlotones, BollyBoom and Flash Republic, among others. World Jam Music Festival magic will feature 35 South African artists and 17 international acts. The organisers say that the four themed music arenas will allow “fans to indulge their musical senses across genres of rock & blues, Sophiatown & SA stars, New Orleans jazz and ocean islands”. Confused? Nervous? Let’s hold thumbs for the World Jam Music Festival.

Flash back to the 1990s with one of the world’s biggest rock bands, the Foo Fighters. The group, formed in 1994, performs in South Africa for the first time this December. Lead singer Dave Grohl said of coming to South Africa, “It is one of the few places we have never been and I am itching to go somewhere I have never been.” The Foo Fighters’s first stop will be at Cape Town Stadium, moving onto Johannesburg’s FNB Stadium. Kaiser Chiefs and BLK JKS will be their supporting acts.

Remember that ear worm You’re Beautiful? Well singer/co-writer now turned Twitter comedian James Blunt is bringing his Moon Landing tour to Cape Town and Johannesburg. He’ll perform songs from his fourth and latest album Moon Landing as well as songs like You’re Beautiful, which is most likely the reason Blunt was rated more irritating than traffic wardens, noisy neighbours and estate agents, according to a poll ranking the UK’s most annoying things.

If you’re a focused yet slightly hysterical teenager than you probably have your 1D tickets. Both Johannesburg and Cape Town shows sold out almost instantly. Brought together by X-Factor judge and A&R executive Simon Cowell, One Direction first stole the heart of UK teenage girls with their performances on the show, and after placing third in the seventh season in 2010, the group were signed to Cowell’s label.

Another regular South Africa visitor, Michael Bublé returns in 2015 for four concert dates. Bublé has achieved global sales of 45-million albums in the course of his decade-long career. His previous Crazy Love tour sold out in 80 US cities and was seen by more than two-million fans worldwide, including five sold-out dates in Cape Town and Johannesburg, while his album Crazy Love has now passed the 7.6-million sales mark. Bublé’s last album, the multi-platinum Christmas, was the second-biggest selling album of 2011 following Adele, and has spent almost two-and-a-half years on the album charts.

The Foo Fighters fail to evolve in ‘Sonic Highways’

The evolution of the black band, a decade on