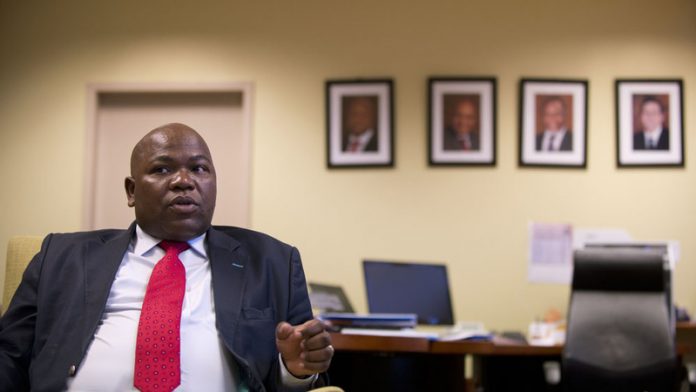 Embattled national director of public prosecutions Mxolisi Nxasana on Tuesday told MPs there was no truth to media reports that he had been offered a R5-million golden handshake by President Jacob Zuma.

Nxasana was responding to a question from the Democratic Alliance’s Glynnis Breytenbach, who also asked whether his standoff with the president was having a negative impact on the performance of the National Prosecuting Authority (NPA).

He denied this, saying there “was no rift” between himself and the president, save that Zuma had announced an inquiry into whether he was a fit and proper person to hold his post.

Zuma announced the inquiry four months ago but has not announced any terms of reference for a probe.

It was motivated by the State Security Agency’s refusal to grant him security clearance because of charges, including murder, levelled against him years ago. He was acquitted of murder.

Demanding R7.5-million
The Mail & Guardian reported that according to four independent sources close to the process, Nxasana demanded a R7.5-million settlement, the amount that was offered to one of his predecessors, Vusi Pikoli.

Zuma apparently offered R5-million because of Nxasana’s short tenure. He was appointed just over a year ago. But Nxasana has not signed the offer, thus prolonging the stalemate.

Nxasana is the third prosecutions boss to be shown the door in the past five years after Menzi Simelane’s appointment was invalidated by the Supreme Court of Appeal and Pikoli was fired by Zuma’s predecessor, Kgalema Motlanthe.

Ironically, Nxasana and Simelane were brought in by Zuma amid negative public reaction partly because of Simelane’s questionable track record and Nxasana’s lack of prosecutorial experience.

Two weeks ago, presidential spokesperson Mac Maharaj avoided questions regarding the golden handshake. He was only prepared to say: “The president has recently met [Nxasana] and they agreed to meet again to take matters forward.”

‘No settlement offer’
NPA spokesperson Nathi Mncube had confirmed that Nxasana had met Zuma “to provide information that [Nxasana] feels was never placed before the president when the decision to initiate the inquiry was taken”. He said the process is ongoing.

He also evaded the M&G‘s direct question on a “financial settlement”.

Mncube had initially said nothing had changed from his fortnight-old statement. “It’s just the same response, except to say they are in discussions with the president. That’s it; that is what I was going to add.”

He later denied that a financial settlement is on the table but, interestingly, said that “we are not privy to the discussions and he would not disclose”.

“You will have to ask the president, but there has been no settlement and no offer in terms of Mr Nxasana.” – Sapa, Staff reporter