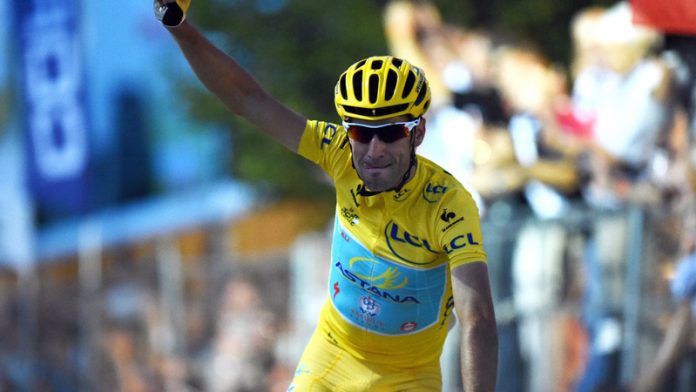 Wind, cobbles, punchy climbs, a handful of gruelling mountaintop finishes, almost no individual time trial… the Tour de France organisers have designed one of the most exciting courses yet for the 2015 race, which heavily favours the climbers.

The Tour climaxes with a demanding penultimate stage finishing at ski resort l’Alpe d’Huez in the central French Alps, with the race winner likely emerging from a nerve-wracking three-week dogfight.

The race, which features time bonuses for the first time since 2008 of 10, six and four seconds for the top three stage finishers, starts in Utrecht in the Netherlands, where the gutsy winds could split the peloton and see some leaders lose valuable time early on.

The third stage in northern France takes the bunch through cobbled sections again, on which lightweights often struggle. The notable exception is defending champion Vincenzo Nibali of Italy, who hammered his rivals on the cobbles in this year’s race.

“But we can’t say the route is tailor-made for Nibali, because you never know what can happen,” said Tour director Christian Prudhomme. “One thing is sure, this Tour is going to be a huge battle.”

There are five mountaintop finishes and a couple of short and brutal climbs on the Mur de Huy in Belgium, where the La Fleche Wallonne Classic race ends, and at Mur de Bretagne in northwestern France.

But the race is far from over at this point, as four consecutive gruelling mountain stages are on the menu in the final week in the Alps.

The 17th stage, ending in Pra Loup in the southern Alps, is reminiscent of the 1975 race when France’s Bernard Thevenet beat Belgian great Eddy Merckx.

“The descent of the Col d’Allos is very technical, very hard to tackle,” said Thevenet.

The organisers have spiced things up in the trek to St Jean de Maurienne on the following day with a short and brutal climb of the Lacets de Montvernier, with its 18 hairpin bends, shortly before the finish.

The 19th is the queen stage, with a 138km ride to La Toussuire in southeastern France featuring four demanding climbs, before the 20th stage, which should favour the aggressive riders as it’s only 107km long with the Col du Galibier mountain pass in the middle.

There are only 14km of individual time trial, a post-World War II low that should spice things up between top climbers Nibali, Alberto Contador, Chris Froome, Nairo Quintana and Thibaut Pinot. – Reuters