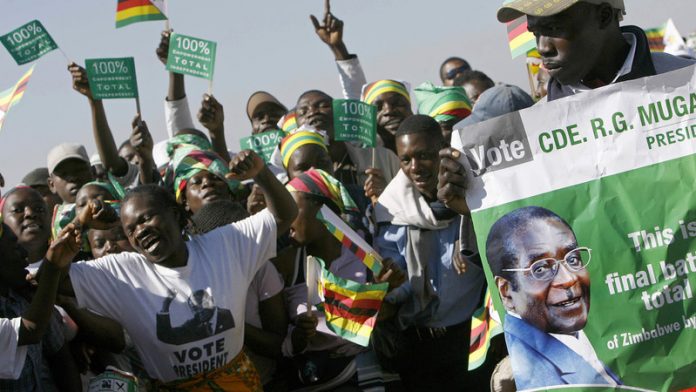 The “founding values of the Constitution are at stake” in the latest round of litigation in the presidency’s attempts to keep the Khampepe report secret, according to lawyers for the Mail & Guardiani>.

The report into the Zimbabwe elections in 2002 was written by constitutional justices Sisi Khampepe and Dikgang Moseneke and has never been made public.

Earlier this month, the presidency applied to the Constitutional Court for leave to appeal a Supreme Court of Appeal judgment that upheld a high court order, directing the presidency to give the report to the M&G.

This week Dario Milo, a partner at Webber Wentzel attorneys acting on the M&G‘s behalf, filed opposing papers in the Constitutional Court. He said the presidency’s attempt to appeal demonstrated the extent to which appeal processes were open to abuse.

The report is believed to confirm what human rights lobbyists believe about that election – that it was flawed. On the eve of another controversial election in Zimbabwe in 2008, the M&G tried to get the presidency to make the report public.

At the appeal court in September, the presidency argued that previous courts had failed to properly consider two affidavits, by Thabo Mbeki and President Jacob Zuma, submitted to the high court in June 2012.

Diplomatic issues
The affidavits essentially argue that the report’s release raises diplomatic issues and that the presidency only commissioned it for policy formulation. In its application to appeal to the Constitutional Court, filed this month, the state again relied on this argument.

But Milo, in papers, said this was not a constitutional issue. He added that the presidency had not had access to the report for 20 months, so it could not have relied on it for policy formulation.

The matter has already been heard by 21 judges, traversing the high court and the appeal court twice, respectively, and the Constitutional Court once. Every court has ruled against the state’s desire to keep the report secret.

“A concomitant risk is that state officials will be inclined to evade accountability simply by refusing access to a record and then dragging the matter through the courts until the issue becomes moot,” Milo said.

If leave to appeal to the Constitutional Court was granted now, Milo said, the matter would enter its sixth phase, in its sixth year, before a sixth bench.

The contents of the report have not been central to the state’s case during the last two rounds of litigation. The high court and the appeal court have both had a judicial peek at the report.

Milo said in papers this week: “… the applicants [the state] remain unable to identify even by mere reference to a paragraph, line, phrase, sentence or page number any jot of the contents of the report which has been misconstrued first by the high court and then by five appeal court judges.”

The ultimate trump card
In the appeal court, the state was forced to concede that it was asking the court to overturn the high court order to give the report to the M&G solely on the basis of the two affidavits. Then, appeal court Justice Mohammed Navsa, referring to the first Constitutional Court hearing into the matter, said: “The highest court in the land says the case must be decided on the report. You want us to disagree? That can’t be right … Why isn’t the report the ultimate trump card?”

The presidency now takes issue with the high court’s and, by extension, the appeal court’s treatment of the Mbeki and Zuma affidavits. In papers, the presidency said the appeal court did not “appreciate the sequence of events” that led to the affidavits’ consideration by the court. Milo said: “It is established that mere evidentiary matters do not raise a constitutional issue.”

In any event, Milo said this “centrepiece” of the state’s application was moot because in the end the affidavits were admitted, no matter the “avenue” used to allow the affidavits into evidence.

The prospects of success aside, Milo said the procedural history of the case should be enough to dismiss the application because it was not in the interests of justice that the judicial system should have to allocate more of its “sparse” resources to the case.

“The speed at which a request for access to information is brought to finality goes to the core of the public’s ability to hold the state accountable,” Milo said. “Thus the founding values of the Constitution are at stake.”