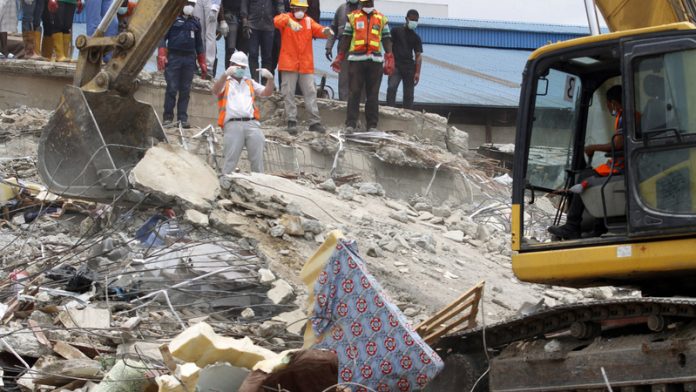 Radebe was not able to say how long this process would take.

“Only when the DNA analysis has been finalised will our government be able to conclusively identify South Africans from among the 116 people who died in this incident,” he said.

It is believed 85 people from South Africa were among those killed when a multi-storey guesthouse attached to the Synagogue Church of All Nations, run by Nigerian preacher TB Joshua, collapsed in Lagos on September 12.

On logistical arrangements for the repatriation of the victims’ remains, he said this process could start as soon as the Nigerian authorities released the bodies.

The National Joint Intelligence Structure (Natjoints) had agreed that on announcement of release of the bodies, an advanced team – comprising officials of the National Disaster Management Centres, the SA Military Health Service, the national department of health and the SA Police Service’s forensic service – would go to Lagos.

“The advance team will finalise all necessary and administrative processes and prepare the mortal remains for their final journey back home.

“The intricate preparatory work may take up to seven days to complete from the time of the team’s arrival in Lagos.”

Radebe said Natjoints had identified a suitably equipped aircraft to transport the bodies home. The return flight to Air Force Base Waterkloof near Pretoria would take six to eight hours.

“From Waterkloof, the mortal remains will be transported by road to their respective provinces, where families will proceed with their own funeral arrangements,” Radebe said. Preparations were at an advanced stage for the formal reception of the bodies at Waterkloof. “More details will be communicated closer to the time,” he said.

A total of 85 bodies will be flown back from Lagos – 81 South Africans, as well as the bodies of three Zimbabweans and a citizen of the Democratic Republic of Congo, who were all South African passport holders. – Sapa