Botswana: Opposition gets a whiff of power 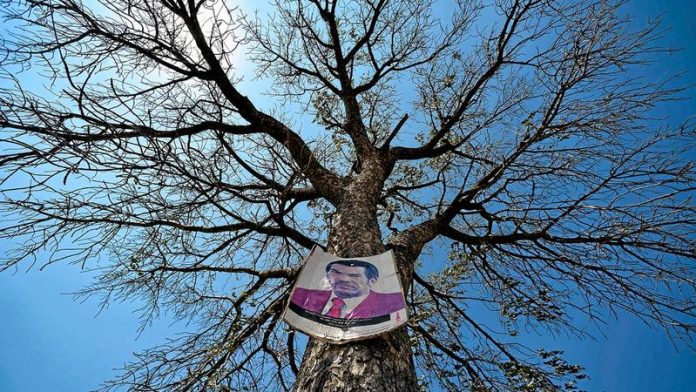 On Friday Batswana head to elections that analysts say could be a game changer for the country.

The ruling Botswana Democratic Party (BDP) is criticised by other parties for leading an economy that has an improved gross domestic product but high levels of unemployment and economic inequality.

The government’s failure to diversify the economy has also attracted criticism.

The BDP says the elections are a time to reflect on its successes over the past 48 years and argues that it has the right policies in place to move the country forward.

The party, which has been campaigning under the slogan “Moving Batswana forward”, is represented by President Lieutenant General Seretse Khama Ian Khama, the son of Botswana’s first democratically elected president. He is of the view that his party must be given the chance to “perfect our programmes”.

But the opposition says the fortunes of the BDP are in serious decline.

Khama (61), who is seeking his second term in office, leads a wounded BDP into the elections following the party’s split in 2010.

A united opposition
Analysts say this will be the toughest election the BDP has faced because the opposition is united.

In past elections, the opposition failed to find common ground for unity, giving the BDP an advantage. But after the 2010 BDP split, which led to the formation of the Botswana Movement for Democracy (BMD), three opposition parties formed a coalition in 2012, giving birth to the Umbrella for Democratic Change (UDC) party.

Led by Duma Boko, a human rights lawyer, the UDC is a union of BMD, the Botswana National Front (BNF) and the Botswana People’s Party (BPP).

BNF and BPP are Botswana’s oldest opposition parties and have unsuccessfully contested past elections.

The Botswana Congress Party (BCP), a breakaway party of the BNF, is not part of the coalition because it did not agree with the other three about constituency allocations.

The BCP is confident it will win 29 of the 57 seats. In the recently dissolved Parliament the ruling BDP had 41 seats. Of the two opposition parties BCP has an upper hand– at least according to the latest survey by Afrobarometer released earlier this month.

It shows high levels of support for Khama: if elections had been held in June/July, 52% of Batswana would have voted for the BDP, followed by 20% for the BCP and 13% for UDC.

Morima says that, for the first time since 1994, the opposition is going into an election thinking there could be a change of government.

Dr Zibane Maundeni, a political analyst at the University of Botswana, concurred with Morima saying expectations are high among, the opposition ranks.

“They are sensing that power is near,” said Maundeni.

In the past, opposition parties’ main undoing was failing to raise enough funds to use for election campaigns. This time around, they have made inroads into BDP strongholds using hired buses branded with party logos.

Khama, on the other hand, has traversed the country in a helicopter. And last week he and a BDP team travelled in a Botswana Defence Force cargo jet to get to a political rally in Ghanzi, about 700km from the capital Gaborone.

The army defended the president, saying he is provided with transport wherever he goes.

Confident UDC
UDC’s publicity secretary, Moeti Mohwasa, told the M&G that Batswana have been yearning for a united opposition party and this is what the UDC offered.

“There is no doubt numbers are on our side,” said Mohwasa.

Recently, one of the biggest trade union federations, the Botswana Federation of Public Sector Unions, came out in support of the UDC.

The federation has about 100?000 members and one of its leaders, Johnson Motshwarakgole, has addressed UDC rallies.

But this support has brought divisions within the labour movement with some of its leaders, including its president, denying the federation has agreed to back the UDC.

The federation is an amalgamation of five public sector unions. In recent weeks some affiliates of the federation took out adverts in the media to clarify their stances on the issue of political affiliation.

Morima says the bickering among union leaders will not help the UDC.

“If the leadership is divided, what more of the ordinary members?”

BDP still strong
But even with those high hopes for the opposition, Morima says it is unlikely that the BDP will lose the election.

“I don’t think the BDP is thinking of losing this election, but they are worried of losing a substantial number of seats in Parliament,” he says.

This is not because the opposition has not made inroads or that their manifestoes are not sound, but because the rural electorate, which makes up the majority vote, support the BDP because they rely on social grants.

Since his ascendency to the presidency Khama has introduced a number of short-term programmes aimed at poverty alleviation.

Last year he told the Botswana Guardian: “I cannot understand why somebody will want to criticise anybody for helping people in need.”

He has distributed food hampers and blankets to the poor, saying he understands their plight.

His critics accuse him of buying votes.

Promises galore
The BCP promises in its election manifesto to deliver an inclusive, citizen-led economy. Botswana’s level of unemployment is 17.9%, according to Statistics Botswana. The opposition puts the figure at 30%.

The BCP promises to create more jobs, campaigning under the line “Bring Back Our Jobs”. “Research conducted by the BCP has shown that Botswana exports thousands of jobs,” says BCP presidential spokesperson Letsweletse Martin Dingake.

He argues that Botswana has attempted some form of beneficiation in the diamond industry but this remains grossly inadequate.

Only 18% of the diamond cutting and polishing is done in Botswana whereas more than 80% is done abroad, creating thousands of jobs in other countries such as Israel and India.

According to the Independent Electoral Commission, more than 824?000 people will vote in this year’s election. The commission’s public relations officer, Osupile Maroba, told the M&G that 47% of these are first-time voters.

The president and his challengers

A party that wins a two-thirds majority chooses the state president.

Ian Khama
The Botswana Democratic Party (BDP) strongman leads a wounded party into the general election, following a split in 2010.

He has since managed to tame other emerging factions within the BDP but is widely criticised in the party for ruthlessly dealing with internal conflicts that many say have led to an increased number of independent candidates – many of whom are former BDP members.

The Independent Electoral Commission says 29 independent candidates will stand for election. Of the three presidential candidates, Khama is the only one without a running mate.

Under Khama’s rule, the BDP’s succession plan is unclear. When he took over in 2008 he appointed Lieutenant General Mompati Merafhe as his vice-president but he made it known that Merafhe will not be his successor. Merafhe has since retired from active politics.

Vice-president Ponatshego Kedikilwe has long announced that he would retire from active politics after the election. Khama’s popularity in the rural areas is unrivalled.

Dumelang Saleshando
The 43-year-old University of Botswana graduate regards himself as a reformist. Saleshando, a strong critic of the Khama administration, recently told a rally: “Khama is the symbol of corruption in Botswana.”

His father, Gilson Saleshando, was the Botswana Congress Party presidential candidate during the 2009 election.

Saleshando’s opponents are, however, pointing fingers at him and his party for failing to join three other opposition parties in 2011. It is imagined they could have joined the Umbrella for Democratic Change (UDC), which would present a more formidable challenge to Khama’s party.

To his credit, his party has not had any splits and has made inroads into most towns and cities. He believes in social democracy.

Duma Boko
Boko (44), a human rights lawyer, is credited for uniting opposition parties –  a feat that eluded opposition politics in the past. This is his first try at politics as a candidate for the UDC. He is a strong and witty critic of the current regime. He once labelled Khama a “self-praising confident liar who has little regard for Batswana’s plight”. – Justice Kavahematui