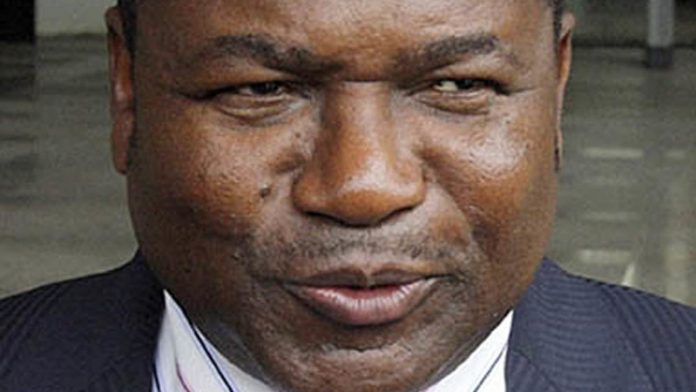 Mozambique’s ruling party’s candidate, Filipe Nyusi, who is on track to win the presidential polls, could face his first test when he deals with veteran opposition leader Afonso Dhlakama’s challenge to the vote.

This week’s comments by Dhlakama, Renamo’s leader, about the need for a unity government have stirred controversy and led to expectations that the new government will have to accommodate him.

Counting after the October 15 poll is still in progress. Local observer bodies predicted Frelimo’s Nyusi would win comfortably with 58% of the vote and a parallel count this week, by the National Election Observatory, predicted Dhlakama would garner 35% and the Mozambique Democratic Movement candidate Daviz Simango 8% of the vote.

Simango denounced the election as a “flawed electoral process, full of irregularities and violence that would not be accepted in any democratic country in the world”.

His party has said it will go the legal route to protest against the result.

Less clear is the position Renamo intends to take after Dhlakama called the vote a “masquerade” soon after the poll, although he hinted at a unity government days later.

Dhlakama claims ballot stuffing was widespread and thousands of people were unable to vote because polling stations opened late or did not open at all.

“We cannot go on fabricating power, fabricating victories that do not exist,” he said after the poll.

Later, he called for a “negotiated solution” between “brothers”.

Dhlakama is said to have told diplomats he wanted a unity government to be formed, a source said. They apparently did not express an opinion but encouraged him to follow a legal route, the source said.

Frelimo’s spokesperson, Damião José, denied the opposition’s allegations that the poll was a sham.

“Across the democratic world, the person who wins is the person the most people choose to vote for, and it is up to that party to constitute a government,” José said.

He denied reports that there were behind-the-scenes talks between the two parties. But he said if Renamo made a formal proposal Frelimo was open to dialogue.

Renamo and Frelimo signed a peace deal in early September, ending months of violence and making far-reaching changes to the electoral laws, which Renamo wanted.

Dhlakama has cried foul in every election since 1994. In 1999, after he narrowly lost to Frelimo’s Joaquim Chissano, he negotiated far-reaching concessions, but then refused an offer to appoint provincial governors, ending up with nothing.

Nyusi, who is expected to take over in February, will be under pressure to heal the wounds of the recent fighting and some analysts have said he would be wise to appoint Dhlakama to a senior government post.

The new normal in tourism is business unusual

Innovation and changing trends have kept some tour operators in the green, though most have struggled during the tight lockdown
Read more
Special Reports

The Galaxy Z Fold2 smartphone breaks all the rules

It's South Africa's only weekly cryptic crossword. In the paper, and online.
Read more
Crossword

Women photographers, and black African women photographers in particular, are largely absent from early histories of the medium. This is slowly changing
Read more
Advertising
Continue to the category
Politics