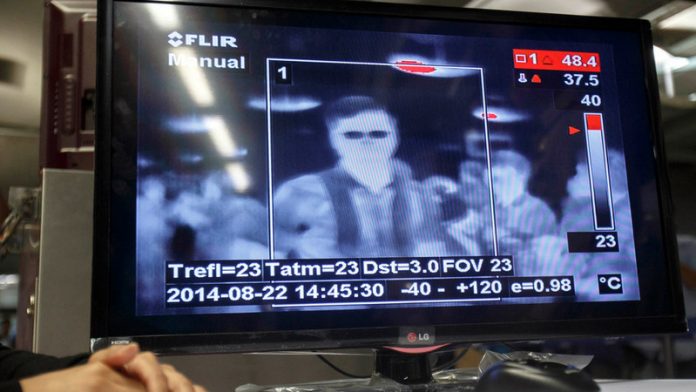 Australia came under fire on Tuesday from health experts and rights advocates after it issued a blanket ban on visas from West African nations affected by the Ebola outbreak, making it the first rich nation to shut its doors to the region.

Australia has not recorded a case of Ebola despite a number of scares, and conservative Prime Minister Tony Abbott has so far resisted repeated requests to send medical personnel to help battle the outbreak on the ground.

The decision to refuse entry for anyone from Sierra Leone, Guinea and Liberia, while touted by the government as a necessary safety precaution, was criticised by experts and advocates as politically motivated and shortsighted.

“The government has strong controls for the entry of persons to Australia under our immigration programme from West Africa,” Immigration Minister Scott Morrison told Parliament on Monday.

All non-permanent or temporary visas were being cancelled and permanent visa holders who had not yet arrived in Australia will be required to submit to a 21-day quarantine period, he added.

Healthcare workers in Queensland state are being asked to enter voluntary quarantine upon returning from treating Ebola patients in West Africa, but officials indicated stronger action could be taken.

“If someone doesn’t enter voluntary quarantine and we have a reasonable concern, then we will seek a quarantine order from a magistrate,” Queensland Health Minister Lawrence Springborg said.

A number of states in the United States – including New York and New Jersey – have also imposed mandatory quarantines on returning doctors and nurses amid fears of the virus spreading outside of West Africa. Federal health officials say that approach is extreme.

The Ebola outbreak that began in March has killed nearly 5 000 people, the vast majority in West Africa.

The disease has an incubation period of about three weeks, and becomes contagious when a victim shows symptoms. Ebola, which can cause fever, vomiting and diarrhoea, spreads through contact with bodily fluids such as blood or saliva.

Political decision?
The risks to Australia are small due to its geographical isolation, said Dr Adam Kamradt-Scott, a senior lecturer at the University of Sydney’s Marie Bashir Institute for Infectious Diseases and Biosecurity.

The visa ban, he said, would do nothing to protect the country from Ebola while potentially having a negative public health impact by unduly raising fears about the disease and creating a general climate of panic.

“This is purely just a political decision,” Kamradt-Scott said. “There is very little scientific evidence or medical rationale why you would choose to do this, and this is the type of politics we find starts to interfere with effective public health measures.”

Australia’s “narrow approach” to Ebola makes no sense from a health perspective, given that applicants for humanitarian visas are already screened and monitored for illnesses, said Graham Thom, a spokesperson for Amnesty International Australia.

“There are ways and means in which people can be monitored, quarantined to insure that those who come are free from the disease,” he told Reuters.

“All it does is insure that already exceedingly vulnerable people are trapped in a crisis area and sends a signal about Australia’s commitment to actually dealing with this crisis in a responsible way as a member of the international community.” – Reuters