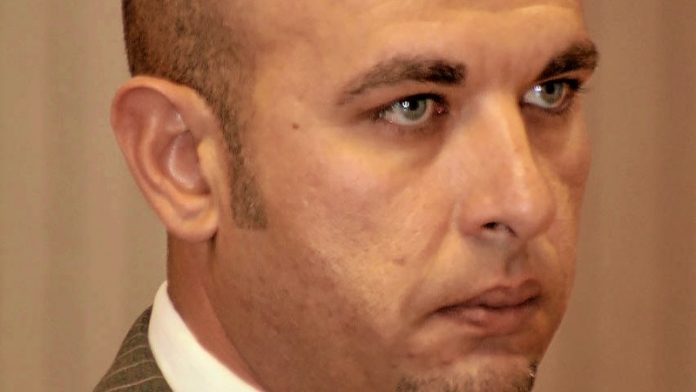 The boss of the Namibia Airports Company (NAC), Tamer El-Kallawi, is a suspect in an investigation by the country’s anti-corruption commission relating to irregularities in a major CCTV contract at four airports, amaBhungane has learned.

Namibia’s prosecutor general Martha Imalwa confirmed that she had received a docket from the commission and has examined it. She declined to reveal whether she would prosecute, saying that those affected needed to be informed first.

AmaBhungane has seen a copy of a letter from the commission, dated June 9, inform
ing the chairperson of the NAC board, Ndeuhala Katonyala, that El-Kallawi, the airports company’s acting chief executive, is under investigation in connection with a CCTV tender awarded to Syntex Technology.

“I refer to your letter dated 20 May 2014. I have since established that … El-Kallawi is a suspect in the allegations against the NAC, which are currently under investigation by the [commission],” the letter states.

The letter hints that potential witnesses in the matter had been subjected to disciplinary action and warns: “The [Anticorruption] Act [states] that any disciplinary hearing, civil or criminal proceedings by any other person or authority against any informer or person who assisted the commission into the alleged suspect investigations … is committing an offence against the law.

The Namibian newspaper previously reported that certain NAC officials refused to implement the Syntex tender because of irregularities.

The officials subsequently fell victim to a restructuring process – one was demoted, another took a retrenchment package and yet another is on suspension.

Over pricing raises suspicions
The investigation came after the NAC awarded the CCTV tender to Syntex for N$15.2-million – double that quoted by a rival bidder, Schoemann Technologies, which also scored the highest points allocated by the evaluation committee.

Emails previously reported by the Namibian newspaper indicate that a staff member tasked with evaluating the tender committee’s recommendations “modified [them] to favour Syntex”.

Schoemann took the NAC to court and won an unopposed interdict in the Windhoek high court to stop the implementation of the tender award earlier this year.

The anticorruption commission’s director, Paulus Noa, said the investigation had been concluded and ­recommendations sent to the prosecutions boss for a final decision. He would not provide further details.

NAC board chairperson Katonyala refused to comment: “What do you want? Kindly never call me again, please.”

Asked whether he knew that he was a suspect, El-Kallawi said: “I do not care what you want to ask. I do not want to know and even if you email me I will not respond.”

Messages sent to his email account and to the NAC’s spokesperson, Dan Kamati, went unanswered.

The tender will see the installation of surveillance cameras at Windhoek’s Hosea Kutako International Airport, as well as at the Walvis Bay, Eros and Ondangwa airports.

Anti corruption gets involved
The deal caught the attention of the anticorruption commission after emails emerged from NAC official Courage Silombela, addressed to the NAC board, in which he states that he has altered the comments made to favour Syntex “as per [the] tender committee resolution”.

There have been claims that Syntex’s owner, Linus Amulungu, is close to board chairperson Katonyala.

Katonyala denied having a close relationship with Amulungu and said they were merely acquaintances.

Amulungu told amaBhungane this week: “We were not the only highest bidders; there were others too. At this point, we are just waiting and we rest our case. If they call us back to implement the tender we will. But business has to go on; there are other things to take care of.”

The CCTV tender sparked an up-roar in the airports company in March this year, when senior staff members refused to implement it because of the way it was awarded.

They included the general manager of operations, Gerson Katjangua, who, according to sources close to him, took a severance package, and senior manager for quality assurance Titus Shuungula, who was to be transferred to the Keetmanshoop airport.

At the time, NAC spokesperson Kamati described the developments as “a realignment in accordance with the company’s strategic plan”.

AmaBhungane understands that Davids is fighting her demotion in the labour court while Katjangua has since left the NAC.

Katjangua, Shuungula and Davids refused to comment. El-Kallawi called for an urgent workshop in July, which all managerial staff were required to attend, where the subject was the restructuring of posts for certain individuals.

The NAC’s leadership has also come under fire over the downgrading of the Hosea Kutako airport by the International Civil Aviation Organisation (ICAO) following an audit in July.

It was downgraded from category nine to five after it was found that the airport’s rescue and firefighting services were not adequate for the take-off and landing of the Airbus 330.

The ICAO found that there were not enough trained firefighters and that the fire truck were not functional. Although the airports company had planned to upgrade Namibia’s airports in accordance with a five-year strategic plan, it failed to do so in time for the audit.