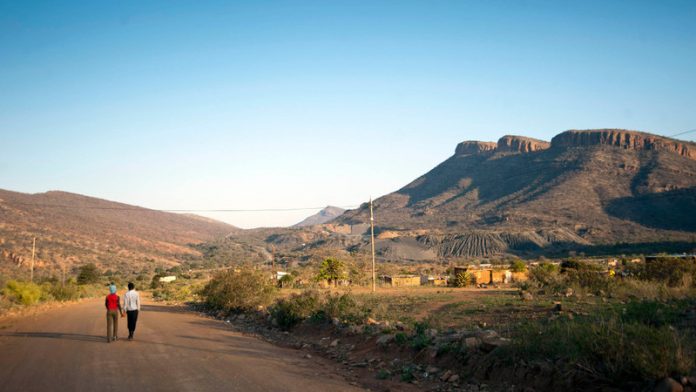 Oxfam this week released its report, Even It Up: Time to End Extreme Inequality. It starts with a case study from South Africa and compares a black woman born to a poor family in rural Limpopo to a white man born on the same day in a rich suburb of Cape Town.

Using the United Nation’s World Development Report, it said the woman was one and a half times more likely to die in the first year of her life. The man, statistically, would live 15 years longer. He would complete 12 years of schooling and probably go to university. She would be lucky to complete one year of schooling. Her children would be stuck in the same place.

The report said the two richest South Africans had the same wealth as the bottom half of the population. Johan Rupert, chairperson and chief executive of Remgro and chairperson of Richemont, is worth R82.35-billion, and Nicky Oppenheimer, chairperson of De Beers is worth R72.6-billion.

Jay Naidoo, who chairs the Global Alliance for Improved Nutrition, is quoted in the report as saying the increasing concentration of wealth in the hands of very few has “deepened both ecological and economic crises”.

That was now the greatest threat to global peace and future survival that humanity faced, Naidoo said. “Inequality has led to an escalation of violence in every corner of our burning planet.” This disparity is increasing.

Oxfam said: “In South Africa, inequality is greater today than at the end of apartheid.” The consequences of this were corrosive. “Extreme inequality corrupts politics, hinders economic growth and stifles social mobility. It fuels crime and even violent conflict. It squanders talent, thwarts potential and undermines the foundations of society.”

Failed economic model
Reacting to the report, Jean Triegaardt, of the department of social work at the University of Johannesburg, said South Africa’s inequality had grown because its trickle-down economic model had failed to bring wealth to the poor. With a 25% unemployment rate, there were many households with no money at all.

“Extreme inequality can be detrimental to economic growth, social stability and development,” she said.

Social grants and free basic services were the only reason things were not worse.

To reverse the current trend, South Africa needed to include everyone in a broad economy, she said.

Warren Buffet, the world’s second-richest person, famously said he paid less in tax than his secretary. “There’s been class warfare going on for the last 20 years and my class has won,” he said in 2011.

Oxfam released a report in March this year saying the richest 85 people in the world owned as much as the poorest half of the world. As a group, they were earning $668-million a day. The 2008 financial crisis had doubled the number of dollar billionaires to more than 1?600 people. According to Forbes‘s annual rich list, there were now eight South African dollar billionaires.

Consequences
Several global organisations, such as the World Bank, have warned of the consequences the inequality. The World Economic Forum’s annual Global Risks publication lists “severe income disparity” as one of the world’s greatest risks. It said inequality manifested itself in health and social problems such as mental illness and violent crime. It would “threaten social and political stability” as people rose up in anger at being left out of economic growth.

For the rich, their wealth meant even more wealth, said Oxfam. They had high salaries that were rapidly rising, and significant income from their accumulated wealth. Most tended to be men.

Those born in poverty would be stuck there, it said. “The vast majority of the world’s poorest people cannot escape poverty, no matter how hard they work.”

But this could be changed if countries adopted a stronger social state.

Mass mobilisation
Brazil had raised its minimum wage by 50% since 1995, which Oxfam said contributed to a “parallel decline in poverty and inequality”.

Fifty million people in Latin America had joined the middle classes, meaning that for the first time in modern history more people were middle class than were living in poverty.

To get to there, South Africa – and countries with similar levels of inequality – needed mass mobilisation, Oxfam said.

“To successfully combat runaway economic inequality, governments must be forced to listen to the people, not the plutocrats.”