A dop on the side eases the tedium of imposed ‘fun’ 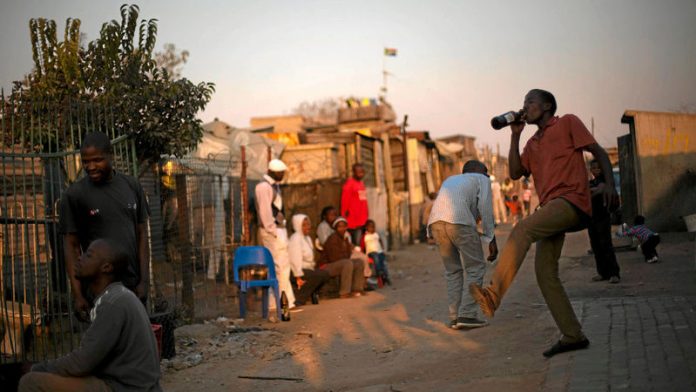 A man needs a dop, especially of brandy or other spirits, on such a boring day.

It started when the City of Tshwane’s social services authorities sent minibus taxis to pick up pensioners for a day of fun at the community hall in Mamelodi.

Two of my uncles, the streetwise and rather colourful old-timer Bra Musa Ntsele and his younger brother and fellow pensioner Bra Zura Ntsele, were among those invited.

The story of the day of fun was told to me by the talkative Bra Zura, who is known in Mamelodi for his rich sense of humour.

He told me he and Bra Musa travelled to the community hall from a collection point in their section of Mamelodi East, the township they’ve called home since the apartheid government forced black people out of the once-vibrant Lady Selborne, about 16km northwest of Pretoria’s city centre, in the early 1960s.

You’ve got to be careful here: like memories of Sophiatown, the mention of Lady Selborne brings nostalgic pain to the eyes of my uncles.

At the community hall, Bra Zura explained, he and Bra Musa sat next to each other, eyes fixed on the stage that was filled with all sorts of goodies for the poor pensioners of Mamelodi.

A social worker spoke through a microphone, explaining with a cheerful smile how the city loved its senior citizens and how the lot of them were going to have a day of great fun.

The programme for the day included lots of singing, dancing and sporting activities. Then a local priest took to the stage, leading the pensioners in the singing of hymns accompanied by verses from the scriptures and lots of praying.

This was followed by a session where an official from the city’s health authorities spoke to the senior citizens about looking after their health, in terms of the food they consumed and how a regular walk improved one’s blood circulation.

The singing and clapping of hands started, with the social workers encouraging the pensioners to rise to their feet and sing along. At this point, Bra Zura said Bra Musa nudged him and whispered that they should take a breather outside.

Once outside, Bra Musa grabbed Bra Zura by the hand and confided in the lingo of days gone by that he found all the singing and clapping of hands downright boring.

Bra Musa winked and suggested that they dash to a place around the corner from the hall. The place in question was a shebeen, from which Bra Musa emerged with a bottle of dry gin and two glasses.

Bra Musa winked at his younger brother, reasoning that all a man desired to break the boredom of the so-called “day of fun” was a dop.

Johnny Masilela is a journalist and author.