A lesson in shifting the teacher vacancies blame 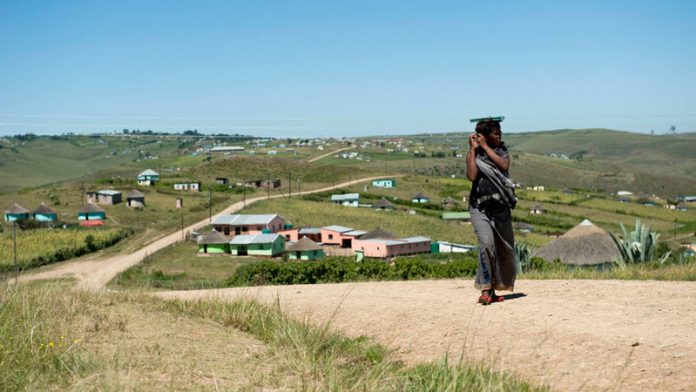 The Eastern Cape education department has still not filled hundreds of vacant teacher posts, and is blaming its failure to do so on the schools that took it to court.

It also says the court action over the decade-long problem only benefits privileged schools.

“Regrettably, the series of court orders relating to teacher provisioning at schools have significantly impacted on the department’s objective to achieve equitable resource allocation in appointment of educators as the court orders tend to favour the well-endowed schools,” Raymond Twykhadi, the acting superintendent general of the Eastern Cape education department, said in the answering affidavit submitted to the high court in the Eastern Cape on October 21.

The department’s affidavit is a response to a class action suit launched in March, which was to have been heard on Thursday.

Represented by the Legal Resources Centre (LRC), 32 schools launched court action last year over the department’s failure to fill 145 teacher posts. The schools paid out R28-million that year in salaries for teachers they, in desperation, hired and paid for themselves.

The case was settled in March this year with the department agreeing to appoint these teachers in permanent posts, and pay the schools back the R28-million.

On behalf of everyone
At the same time, the schools successfully applied to the court to certify an opt-in class action on behalf of all schools in the province that were looking for the same relief.

Over the next four months 90 schools joined the class action, demanding they be paid back the more than R81-million in salaries for 235 teachers that the department should have paid.

In its founding affidavit, filed in June, the schools said this meant that at best “parents of learners at these schools have had to pay … for such teachers … even though this means there is no money left for other essential school activities”. At worst, schools have been left “without enough teachers to function properly”.

The principal of one of the class action schools, Isolomzi Senior Secondary School in rural Eastern Cape, told the Mail & Guardian in June that about 80 of its pupils did not have a teacher for some of their subjects.

The pupils’ teacher had been surviving on handouts for 18 months from the school’s governing body (SGB), but moved to another province when he got a job with a salary.

“We couldn’t ask the parents to help pay for him. There is no way. They are the poorest of the poor,” said principal Sizo Butshingi.

Now the department has laid much of the blame for teacher vacancies at the applicant schools’ feet.

“Poor schools remain poor in the department’s plight to comply with the court orders as the department is compelled to abandon its own plans for human resource provisioning,” it said in its court papers.

These plans include implementing two collective agreements between the South African Democratic Teachers Union and the department that were adopted at the Educators Labour Relations Council (ELRC) this year. The agreements sought, among other commitments, to reallocate the 59?860 teachers in the province – including the more than 4?000 “excess” teachers working at schools where they were not needed – so all schools had all the teachers they required.

Derailed the plan
The department now says that the March court-ordered settlement agreement “compromised and derailed the implementation” of these agreements.

Instead of being addressed through court action, the problem of vacant posts “could and should have been referred to the ELRC”.

But the Legal Resources Centre said in its heads of argument that the department was using old arguments. “The [department] has not carried out its obligation under Collective Agreement 1 to move educators in excess and alleviate massive shortage of educators in schools … The net result is that in order to ensure that teaching and learning takes place, school governing bodies have been forced to … appoint educators to vacant posts.”

The department dismissed this, saying it “has established that the appointment of educators in posts by the SGB is a ploy to prevent the department from being able to appoint suitable educators to those posts from the Funza Lushaka ­[government teaching bursaries] or additional educator pool”.

It also says that money claimed by the original 32 schools “has placed a huge strain” on the department’s budget and that it “is not in a financial position to reimburse the [class action] schools for appointments that do not fall in the 2014 post-establishment”. The post-establishment is the list of teachers the department announces each year it will pay for.

LRC regional director Sarah Sephton said on Tuesday that the case would be postponed to December 11. It was surprising, she said, that the department “claims it cannot afford to pay schools for teachers that form part of the province’s post-establishment and should have been appointed by the department”.