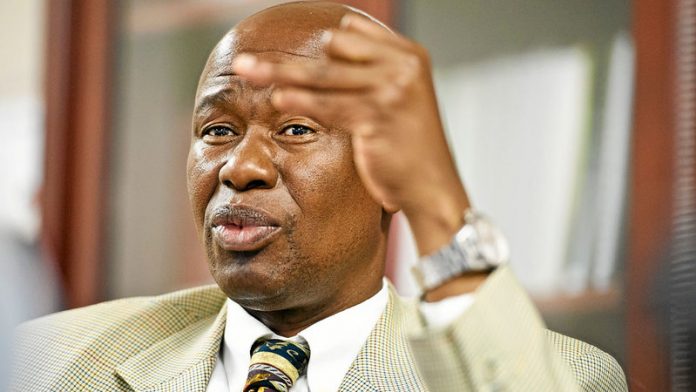 Five years after it was created, minister Blade Nzimande’s higher education and training department is running without enough staff and has a “number of capacity constraints”, according to its annual report delivered to Parliament.

“The department was unable to perform all the required verification and monitoring functions over its entities due to funding and human resource capacity constraints,” auditor general Kimi Makwetu said in the report.

This week Gwebs Qonde, the department’s director general, told the Mail & Guardian: “You don’t wake up in the morning and you’ve got full capacity. We’re building that capacity on an ongoing basis. We’re doing tremendous work with the resources that are available at our disposal.”

President Jacob Zuma announced the establishment of the department of higher education and training in 2009, and appointed Nzimande as its minister.

The department also oversees universities but to a lesser extent, owing to their institutional autonomy.

Failing to verify data
According to the report, the department is failing to verify universities’ enrolment data, which “could have an impact on the targeted number of African students in the higher education system”.

“Of course [the shortage of staff] does affect the department,” said Qonde. “But our attitude is that, with the little that we have, we must make it a point that we utilise it efficiently, wisely, for maximum impact.”

A lack of funds has prevented the department from “building the necessary capacity we’d like to have”, he said, confirming that 20% of posts are unfilled. “Yes, it’s a bit substantial, but we continue working on those areas until we arrive at an acceptable level of capacity.

“We’re engaging with the treasury to compensate for the shortage of staff. Understand the purse may not be that much in abundance. There are quite tight strings.”

Yusuf Cassim, a Democratic Alliance member in the parliamentary portfolio committee on higher education, said the department should have been operating at maximum capacity in 2009.

Priorities
“It doesn’t matter whether it’s five or two years down the line. The point is each government, whether it’s the government of Jacob Zuma or Thabo Mbeki, takes its priorities and funds them accordingly.”

The “problem here is that the government isn’t prioritising funding for higher education”, said Cassim.

“If you compare the percentage of money that’s allocated to higher education in South Africa, it is substantially lower than in any Organisation for Economic Co-operation and Development country.

“This is an indictment on government for something that we call an apex priority.”

The report also said that NSFAS failed to process R1.4?billion worth of student loans on time last year.

“The late allocation of these funds had a major impact on the release of the 2013 student results and on student registrations at the beginning of the 2014 academic year,” the department’s report stated.

Strike
“This led to a volatile beginning of the 2014 academic year, with a general student strike called and violent protest actions occurring across a number of campuses. The backlog in the certification of public college candidates continued. Progress has been very slow in this regard as the data challenges have taken time to resolve, some of which have to be corrected manually.”

The report also noted: “A leakage [of question papers] across all engineering studies [in the] trimester examination cycle remains a challenge. The examination function has been underfunded for the mandate it is expected to deliver. This has led to the serious compromise of monitoring and quality assurance of the entire examination cycle.”

Qonde told the M&G the leaking of examination papers and the issuing of college certificates are matters that have since been addressed.

However, pass rates at the colleges are the lowest in the country’s education system. Only 39% of candidates obtained level-four national vocational certificates, which are the equivalent of a matric.“This is an indictment on government for something that we call an apex priority”

Strike called off as Unisa, SRC reach an agreement

Committee to monitor UniZulu ‘until it is fully functional’