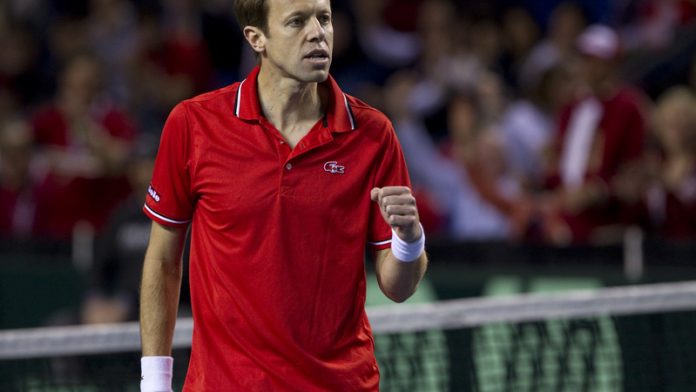 Italian Daniele Bracciali has made “partial admissions” during interrogation that could see prosecutors investigating match-fixing in tennis summon other players, including retired Swede Tomas Nydahl, reports in Italy said Thursday.

Bracciali and his occasional doubles partner Potito Starace are being investigated for corruption after intercepted internet conversations claiming they sold matches were reported in the Italian media several weeks ago.

But after questioning Bracciali earlier this week, prosecutors are now probing “irregularities in many other matches”, according to Gazzetta dello Sport daily.

Bracciali, a former doubles player for Italy in the Davis Cup, and Starace were among five players – including Alessio Di Mauro, Giorgio Galimberti and Federico Luzzi – handed bans in 2007-08 by the ATP Tour ranging from six weeks to nine months for illegal betting.

The 36-year-old Bracciali earlier this week made “partial admissions” under interrogation from federal prosecutors, according to Gazzetta’s report.

It said prosecutors partially discredited Bracciali’s testimony because it “did not implicate other players”.

Illegal betting network
Prosecutors have already seized telephones, a personal computer and a tablet belonging to Bracciali and discovered incriminating conversations between the player and an accountant, Manlio Bruni, and believe that match-fixing did take place.

Gazzetta on Thursday also published an alleged sms conversation between Bracciali and Bruni which allegedly refers to the 2011 Grand Prix Hassan II ATP final in Morocco final between Starace and Pablo Andujar, won by Andujar.

Prosecutors believe references in the conversation to the ‘sale of an apartment for 300 000 euros’ is code for the price of how much the match was sold for. Starace had beaten Andujar six times between 2008 and 2011 before losing 6-1, 6-2 to the Spaniard in the Casablanca final.

The report said prosecutors now believe the final was fixed in a bid to reap huge profits through an illegal betting network.

Prosecutors are now ready to summon “other players, including foreigners” as they widen their probe into “irregularities in many matches”, added the report.

Nydahl, who has reportedly been identified in chats from telephone or computer evidence under the name “Nidalone”, is set to be summoned to give evidence in Cremona. – AFP