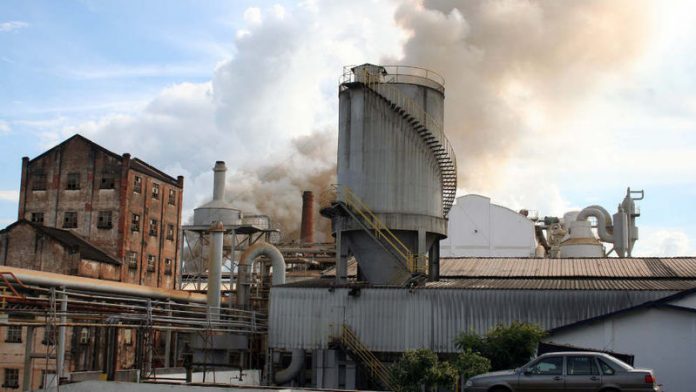 Air pollution in India has become so severe that crop yields are being cut by almost half, scientists have found.

Researchers analysed yields for wheat and rice alongside pollution data, and concluded significant decreases in yield could be attributed to two air pollutants, black carbon and ground-level ozone. The finding has implications for global food security as India is a major rice exporter.

Black carbon is mostly caused by rural cooking stoves, and ozone forms as a result of motor vehicle exhausts, industrial emissions and chemical solvents reacting in the atmosphere in the presence of sunlight. Both are “short-lived climate pollutants” that exist in the atmosphere for weeks to months, with ozone damaging plants’ leaves and black carbon reducing the amount of sunlight they receive.

“While temperature’s gone up in the last three decades, the levels of smog and pollution have changed much more dramatically,” says Jennifer Burney, an environmental scientist at University of California, San Diego, and co-author of the paper, published in the journal Proceedings of the National Academy of Sciences. “But this was the first time anyone looked at historical data to show that these pollutants are having tremendous impacts on crops.”

Comparing crop yields in 2010 to what they would be expected to be if temperature, rainfall and pollution remained at their 1980 levels, the researchers showed that crop yields for wheat were on average 36% lower than they otherwise would have been, and rice production had decreased by up to 20%. In some higher-population states, wheat yields were as much as 50% lower. Using modelling to account for the effects of temperature increase and precipitation changes in that time, they were able to show that 90% of this loss is attributable to the impact of the two pollutants.

The results are specific to India’s seasonal patterns, the crops, and its high pollution levels, but may extend to other places with similar problems, such as China.

Previous studies had used experimental data that look at the impacts of ozone on plants to extrapolate potential losses, but this is the first ever study to use actual historical agricultural and emissions data to account for lower crop yields. – © Guardian News & Media 2014