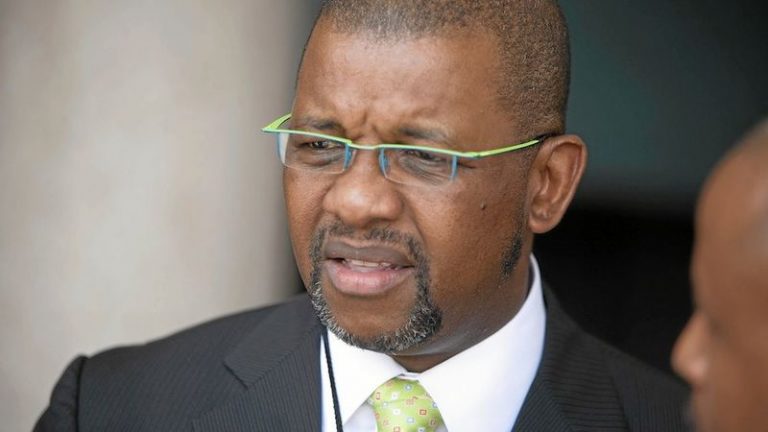 Three “game-changers” led to the deaths of 34 striking miners at the hands of police on August 16 2012, the Farlam Commission of Inquiry into the Marikana disaster has heard.

Dali Mpofu, advocate for the injured and arrested miners, gave his final argument to the commission on Wednesday.

The first was the march on the National Union of Mineworkers (NUM) offices on August 11.

NUM members allegedly shot at the approaching strikers. Mpofu said the incident contributed to further “poisoning the atmosphere” at Marikana. He submitted that it was as a result of this shooting that the miners decided to arm themselves and use the koppie as their meeting place.

“The impact of this event cannot be overestimated,” Mpofu said.

He said the striking mineworkers had not carried dangerous weapons on August 9 and 10 or on the morning of August 11, and that no evidence had been presented to the commission to dispute this.

No ‘credible justification’
Mpofu presented to the commission a version of the events on August 11, which he said was “common cause” as it was based on the view of NUM officials and Lonmin security guards, and had not been disputed.

On the morning of August 11, an unnamed informant spread the word that the strikers planned to attack the NUM office and burn it down. Lonmin security “decided to pre-empt things” by warning the NUM officials, and asked them to leave the office. But the NUM officials refused to do so. Earlier at the commission it had been suggested that the office contained records the NUM feared losing in a potential fire.

“Meanwhile, the protesters had indeed resolved to march to the NUM office – not to attack it, on their version, but mainly in order to inquire why NUM had prevented the employer [Lonmin] from talking directly with the strikers,” Mpofu said.

The march ensued. The strikers were mostly unarmed or carried traditional sticks, as they had done the previous day, during a peaceful march.

“The NUM officials shot at the oncoming protesters,” Mpofu said.

Two men died and it was initially assumed that they were shot by fellow strikers and the police. But Mpofu said there was “objective evidence” that the NUM members at the office were armed with guns.

Eight NUM members were identified as the shooters but were never prosecuted, Mpofu said, adding that this was why no “credible justification” for the shooting had ever been put forward.

Revenge motive
“Game-changer number two”, said Mpofu, was the events of August 13. By this time, two policemen had been killed and news of their deaths had been widely publicised. Mpofu said this constituted a “revenge motive” for the police, “who do not take kindly to cop killings”.

When a small group of striking miners moved towards the koppie on August 13, the police intercepted them and wanted to disarm them.

The miners had initially wanted to go to Karee mine to convince miners there to join the strike, but Lonmin security had stopped them and they had turned back.

Major General William Mpembe, deputy police commissioner in North West, asked the miners to disarm and wanted to escort them to the koppie.

Mpofu said this action set off a chain of events that ultimately led to the massacre on August 16. He said he could not fault Mpembe’s decision to try to escort the miners to their destination. In fact, he said, had the police adopted this position on August 16 and escorted those strikers who wanted to return to Nkaneng informal settlement, the massacre might not have happened.

“Simply put, but for the events of the 13th, it is inconceivable that the plan of August 16 would have come into existence and been implemented with the now known results, which were the massacre of 34 people, hence the tag of game-changer,” Mpofu said.

Mpofu said it was after evidence showed that the police and Lonmin executives had discussed Ramaphosa and had considered him to be a “politically high individual” that it became clear he could have to be called as a witness.

“Ramaphosa had initiated a series of telephone calls relating to the bringing about of political power or pressure to bear upon the situation at Marikana. As a result thereof, the [police] minister had informed the national [police] commissioner of political pressure from a politically high individual, who was a shareholder of Lonmin. The political nature and source of the pressure and the shareholder capacity in which it was exerted were therefore clearly understood by all the players, including the leadership of both SAPS [South African Police Service] and Lonmin,” said Mpofu.

He said it later became clear from telephone transcripts that the police were also uneasy about the prospect of Julius Malema arriving at the koppie and defusing the situation.

“That conversation must represent the lowest point in the history of SAPS … It is nothing short of despicable, downright illegal and a breach of everything enshrined in our Constitution,” Mpofu said.

Culpable homocide
Mpofu told the commission there was sufficient evidence to suggest that Ramaphosa be charged with murder or culpable homicide, as he must have foreseen the possibility of bloodshed should the police intervene on August 16.

Mpofu agreed, but said that in that case, the test was even lower. Whereas a prima facie case was necessary to pursue a prosecution, for an investigation to be launched it was only necessary for the police to have reasonable suspicion that a crime had occurred. He said this was so with Ramaphosa.

“The real issue is foreseeability,” Mpofu said. “If I set alight my shop because I want the insurance money, and I can foresee that someone inside is going to die, then I am as guilty of murder as a serial killer who goes out with the full intention to go and kill,” he said.

Mpofu disagreed with the evidence leaders, who found Ramaphosa did not intend for anyone to die at Marikana when he called for “concomitant action” to be taken against the striking miners and when he called their deeds “criminal” on August 15.

Ramaphosa was a non-executive director of Lonmin at the time. Counsel for Lonmin, advocate Schalk Burger, said Ramaphosa merely called for stabilisation of the situation. Burger said this was “what any responsible businessman would have done”.

But Mpofu said that “at best” Ramaphosa called for police intervention because of his “financial considerations” and that at worst he was “motivated by a desire to save the NUM from its dwindling membership”.

Mpofu said the evidence leaders, in their submissions, had made a “serious error” in suggesting that Ramaphosa had no motive to incite violence against the strikers.

“The law is very clear on this. The motives of a person have absolutely nothing to do with the consequences of what happens.

“Even if I accepted that Ramaphosa was motivated by a civic duty – which I don’t accept at all – his intention is only tested according to this principle: was it foreseeable that deaths would occur?”

He said Ramaphosa had agreed during cross-examination that he knew police officers had been killed and that there was a “stand-off” between the police and the miners.

“Now if there’s a stand-off with 3 000 strikers who are refusing to leave a koppie, and your solution to that is to bring in another 1 000 policemen, how on Earth can you not foresee that there’s a possibility that there might be deaths?” asked Mpofu.

Mpofu said he had personal knowledge of this. “This is my second massacre … I was a marcher at the Bhisho massacre, and who was leading that march? Mr Ramaphosa. He know that if you bring the army or specialised units of the police into a situation like that, death is almost certain, and definitely foreseeable.”