The long walk to a transgender catwalk career 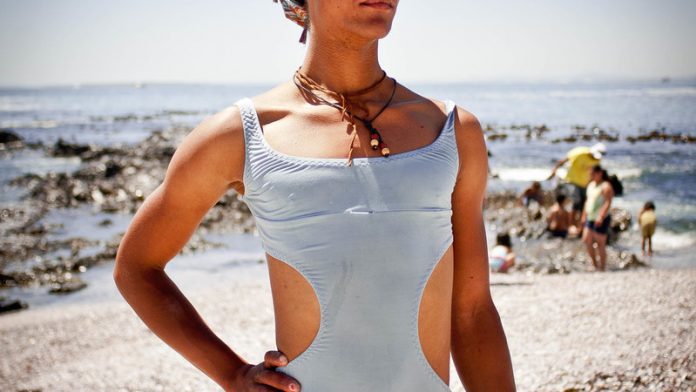 Growing up in a small town in the Northern Cape, Mandy* says she had nothing and no one to look up to except beautiful women in fashion magazines. While she was growing up Mandy, who was then a young boy, would say: “I want to be a princess.”

As she grew older, Mandy matured into the woman she had always felt she should be. Even though she was not a princess, when Mandy had just moved to Cape Town she was stopped by a model booker on Long Street and told she should become a model. It’s not hard to see why.

With her long legs, skinny frame and pretty but not run-of-the-mill face, she possesses all the qualities befitting a model. But Mandy had a unique problem that made her undesirable to the modelling agency she thought would help to make her dreams a reality.

“I was obviously a normal kid once and, growing up in the middle of the Karoo, there was a lot of prejudice,” Mandy says. “No one knew what ‘trans’ is or what a kid like me wants to become. So when I did tell people that I wanted to be a princess it wasn’t ‘cute’, it was just met with roars of laughter, like: ‘This boy wants to be a princess, how funny!’”

The fashion graduate says that, after the model booker stopped her in the street, she went to meet agents who photographed her and even signed her up. But she soon got a glimpse of the long and frustrating road ahead of her. “They never called me back because I had to be honest with them and tell them this is who and what I am. Immediately I felt this huge obstacle. It’s almost as if they didn’t even want to know what I am capable of doing.”

A very conservative and commercial market
Mandy says she approached a few more agencies, including the reputable Boss Models and Ice. Neither of them considered her applications.

When the Mail & Guardian asked about their policy on transgender models, Ice Models director Steffi Freier said that, to the best of her knowledge, the agency has not been contacted by any transgender models, or at least, none who have declared themselves as such.

“If we did receive any interest from a transgender person, we would base our decision to either accept or decline on whether the applicant genuinely looked like a male or female. This is not due to any prejudice or bias on our part, but because clients would not respond to an obviously transgender model, at least here in South Africa. This is still a very conservative and commercial market.”

Although transgender models like Lea T and Andreja Pejic are changing the world of fashion globally by fronting cosmetics and fashion campaigns, it seems the industry in South Africa is lagging behind.

Johannesburg-based Muzi Zuma’s experience is similar to Mandy’s. “It’s been very sketchy,” the make-up artist tells the M&G. “When I was still male-looking my career was blossoming; I worked on numerous editorials, catalogues and commercials. But since my development into my true self it’s been, and still is, rather a climb.”

Zuma still identifies as gay even though he sports a long weave and dresses up as a woman rather than as a man. He adds that he feels “androgynous” and chooses to embrace his feminine side.  This is not unique, according to Busisiwe Deyi, a researcher at Gender Dynamix, a national nongovernmental organisation whose work focuses solely on the transgender community.

“Trans is an umbrella term for people whose gender identity, expression and behaviour are different from those typically associated with their assigned sex at birth,” Deyi says. “It includes, but isn’t limited to, transsexuals, cross-dressers, androgynous people, gender-queers and gender-nonconforming people.

“Some trans people opt for gender affirming treatment. Those are the ones who fully transition by means of such treatment and they are often called transsexual. But others choose not to undergo such treatment.”

Deyi adds that it is rather common for people like Muzi to identify as gay rather than trans because it is a new concept to most South Africans. “A lot of our constituents identify as gay until such time that they feel comfortable with the terms and when they gain understanding of its meaning.”

Ntobeka Mboya says she has always known that she is transgender. (Lee-Roy Jason)

Androgyny is a popular modelling market

Zuma, who has become a prominent figure on the Johannesburg social scene and remains an unsigned model for reasons similar to Mandy’s, says the prejudice faced by trans people in the industry is baffling. “Androgyny is such a popular and highly desired niche modelling market internationally. I don’t get why South Africa, a country so inclined to being Western, is not accommodating.”

Although she claims never to have been at the receiving end of this type of discrimination, Ntobeko Mboya says she is aware that people even get killed for being trans — something she chooses not to pay too much attention to.

“You’ll always be given a hard time, but what are you going to do? Cry about it?” she says nonchalantly, adding that she knows she is probably coming across as insensitive. Mboya describes herself as a bubbly troublemaker. “If I don’t get a callback I just roll a joint and smoke,” she says with a laugh. Mboya says she has always known that she is transgender. “I hate having a dick but I love having one inside me. It’s like a piece of meat I have no function for and this goes back to when I was about 12, when I realised there’s this thing hanging there and I had no desires of using it. At least not on girls.”

Not many are as fortunate as Mboya who appears to be living freely in spite of the very real prejudices faced by most trans people. Some find themselves in situations where they are forced to make hard choices in order to survive.

Coco*, a trans woman photographer Lee-Roy Jason encountered on Camps Bay beach in Cape Town, is homeless and lives under a bridge near Newlands in the city’s southern suburbs. She makes her living as a prostitute.

According to Deyi from Gender Dynamix, it is common for trans people to find themselves in such situations. “Because transgender women have male bodies they tend to stand out and are more easily identifiable in terms of body shape and body size. This often makes them the targets of hate crimes and they are at times misidentified as gay.”

The difficulties relating to identity documents
She adds that there is a lot of confusion in society about sexual orientation as opposed to gender identity. “Resorting to sex work is a form of survival. Although we do not have exact stats, we know that the reasons behind transgender people resorting to sex work include lack of education,” Deyi says.

“Most transgender people find the school environment to be a hostile place and therefore the levels of dropping out are high. Another reason is that people’s identity documents can go for years without being resolved by the department of home affairs and, therefore, even if they do have qualifications they can’t use them and sex work becomes the only option.”

The difficulties relating to identity documents, Deyi adds, is as a result of the department’s continued misrepresentation of the Alteration of Sex Description and Sex Status Act 49 of 2003. “They have no regulations ensuring the systematic processing of applications under the Act and they refuse to make the necessary changes in terms of the Act without proof of surgery. The Act itself does not require surgery; it simply requires that a person has undergone some degree of medical intervention. This includes hormonal therapy.”

Renting accommodation becomes problematic as, without proper identification, trans people often can’t enter into rental or purchase of property agreements and often can’t open a bank account. Most importantly, Deyi says, their right to vote is also often not realised. “It often gives rise to suspicions of fraud when they present their identity documents at a voting station.”

Although on the surface realising a modelling career may seem unimportant, the experiences of people like Mandy, Zuma and, to some extent, that of Mboya, underscore the grim realities often faced by people who don’t fit into social stereotypes. Although she finds work here and there, mostly through friends, Mandy, the young woman who once, as a boy, dreamed of becoming a princess, says her situation means she often finds herself being exploited.

“There’s a lot of work I’ve done and I’ve seen the work published everywhere but I don’t have a cent to show for that. That could have been easily avoided if I had an agent to back me up. I’d still like to get one because I really think I’ve got what it takes.”