Agreement to reduce greenhouse gases will not save Africa 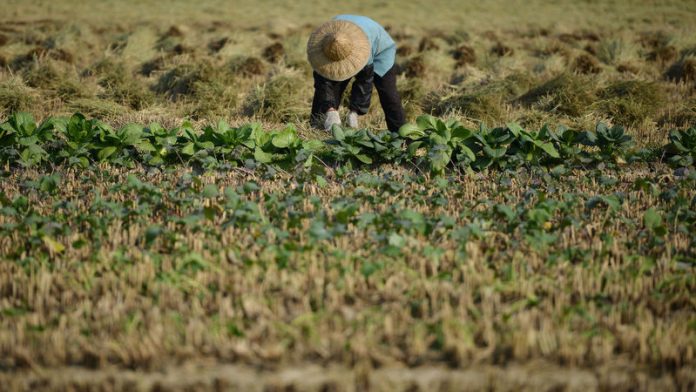 It has taken two decades of talking, but finally the world’s two biggest polluters have signalled their intention to reduce their emissions of greenhouse gases. However, the reduction in emissions will not be enough to save Africa – and a host of developing countries – from the impact of severe climate change.

Under an agreement that was signed last week, the United States will reduce its emissions by a quarter by 2025. China will reach a maximum in its emissions by 2030, cap them, and then decrease them.

For global climate change negotiations, this signals the first big breakthrough since they started at the Earth Summit in Rio in 1992. The two countries – responsible for 45% of all carbon emissions – have to date stayed out of signing anything that binds them to lower emissions.

At the signing ceremony, President Barack Obama said: “As the world’s largest economies and greatest emitters of greenhouse gases, we have a special responsibility to lead the global effort against climate change.”

This leadership should be a good thing for efforts to get a globally binding agreement on climate change. Based on an agreement at COP17 [the 17th Conference of the Parties] in Durban in 2011, this will be signed at COP21 in Paris next year.

In its strongest form, this agreement would force countries to lower their emissions, with a set of legal penalties for noncompliance. This would ensure that carbon emissions would stay below 450 parts per million. Average global temperature increases would then stay below 2°C.

Urgent action needed
The United Nations climate change research body, the Intergovernmental Panel on Climate Change, has set 2°C as the maximum global temperature increase that human society can survive. Anything greater than that and too many things start to change. The chain reaction will spin out of control and crops will be unable to germinate.

The panel’s Climate Change 2014: Impacts, Adaptation and Vulnerability report, released early this year, said, without change in the level of carbon emissions, the effects of climate change would be “severe, pervasive and irreversible”. It warns that, without “urgent action” to reduce emissions, average temperatures in Africa could increase by 6°C.

To keep increases below 2°C, only 1.2-trillion tonnes of greenhouse gases can be emitted in this century. But last year 36-billion tonnes of carbon were emitted and 40-billion will be emitted this year. If emissions continue to follow this pattern it will mean that in 30 years’ time the maximum total for the century will have been emitted.

Professor Bob Scholes, a systems ecologist at the South African Council for Scientific and Industrial Research, said it was likely that not enough would be done to keep emissions below the 2°C level. “We are going to blow past that number pretty quickly.” But enough would be done to ensure 4°C was not reached. :There is enough will out there to ensure that we rein in emissions. So I am positive.”

The problem is that progress is still frustratingly slow. This year – and the past four months – are the hottest ever recorded and carbon concentrations in the atmosphere have moved above 400 parts per million.

Not enough for Africa
The action by the US and China has been lauded by other governments as giving much-needed momentum to global climate negotiations.

The European Union made a similar announcement in October. Its member states have agreed to lower their carbon emissions by 40% by 2030.

Ferrial Adam, team leader for the nongovernmental group 350 Africa, said the announcements were “symbolic” but “not yet enough”. The International Energy Agency has said 80% of the world’s fossil fuel energy, mainly coal, has to remain in the ground for temperature increases to stay below 2°C. Adam said this should drive investment in renewables.

At the 2009 Copenhagen climate conference, South Africa pledged to lower its carbon emissions by 42% by 2025. Judy Beaumont, director general of climate change and energy at the environment department, said the African position was that targets had to ensure temperature increases stayed below 1.5°C. “Anything above this and we will see temperatures in South Africa as high as six degrees.”

People are killing each other over water
When South Africa takes over the chair of the G77 group next year, it would push for this “just” target at climate change negotiations, Beaumont said.

The grouping of island states has the same target. This block is faced with the grim prospect of their homes vanishing below increasing sea levels if average global temperatures rise above 2°C. The state of Kiribati in the Pacific Ocean has already had to buy land in nearby Fiji so that the government can start moving people because of rising sea levels.

The UN’s climate change body has said that, without this 1.5°C target, temperatures in Africa would lead to water shortages and agricultural failure, which will exacerbate the drivers of war. In its report this year, the body said this was already happening. Climate change was adding to existing stresses, and people were already killing each other over access to dwindling water resources in Northern Africa.

But the official negotiating target for COP21 is to limit increases by 2°C. The US, China and EU have all linked their pledges to lower emissions with a 2°C target.

The Green Climate Fund, established as a vehicle for countries to pledge money so that those most affected by climate change can have the cash to adapt to change, is still largely empty. It is meant to have $100-billion a year by 2020. This would allow countries that are not responsible for carbon-driven climate change – mostly in the developing world – to climate-proof their economies and society.

If an agreement is signed next year, it will lower emissions to a level that will see the developed North survive a changing climate without catastrophic change. But for Africa, the ambition is too little. A continent that is 6°C warmer will be unable to feed its billion people and the agreed-upon target will spell catastrophe.

The pandemic has caused 50 000 businesses in the sector to temporarily close, putting 600 000 jobs at risk
Read more
Education