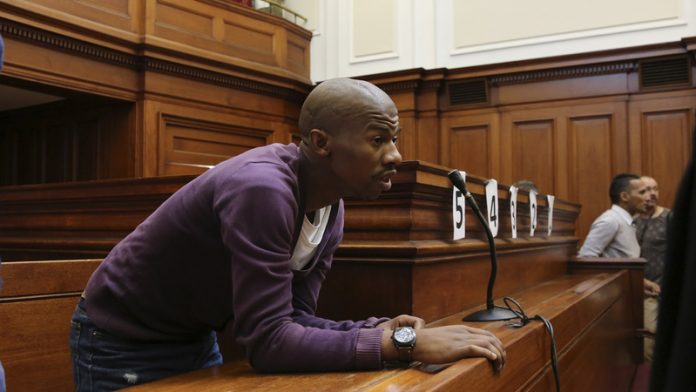 Police are probing who paid for the funeral this month of Khayelitsha hitman Xolile Mngeni, after he died in prison while serving a life sentence for the murder of Swedish honeymooner Anni Hindocha in Cape Town in 2010.

The Mail and Guardian was informed that Mitchells Plain lawyer Matthews Dayimani, who privately represented Mngeni with funding from a mystery Kenyan donor, paid for the three-hour funeral service and burial of his destitute client on November 1. However, Dayimani told the M&G he merely made a contribution to the funeral parlour costs, and the cash had come from his own pocket.

No connection to Shrien
In a number of media interviews, Dayimani dismissed suggestions that the unidentified donor who paid his client’s legal fees might be connected to Hindocha’s husband, Shrien Dewani, who is currently on trial for his wife’s murder. But the identity of the Kenyan donor or human rights group that paid for Mngeni’s large legal fees has still not been revealed, leading to police questioning who paid for his funeral.

Mngeni died in Goodwood Prison of a brain tumour after he was denied medical parole on grounds that he would not be supervised at home. “I just contributed to the funeral,” said Dayimani. “I think the extended family paid for the rest. I paid for some funeral parlour costs. The old lady [Mngeni’s grandmother] didn’t ask for the money. But she just indicated to me that the initial quote was high, and they had to cut down.”

Pending cases
A wanted man at the time of his arrest because he had failed to appear in court for possession of the drug ecstacy, Mngeni had a trail of criminal cases pending against him, including a charge of murdering 20-year old Siyabonga Mcakatiso. It begs the question why a donor or foreign human rights group would fund the large legal costs of a man who had chosen a life of crime, and whose criminal record was a serious indictment of the South African judicial system.

Dewani is on trial in the high court in Cape Town, accused of masterminding a fake hijacking in crime-ridden Gugulethu, which led to the death of his 28-year engineer wife.  Hindocha was found in the back seat of a taxi in Khayelitsha, with a single bullet wound to her head. Both Dewani and Zola Tongo, the taxi driver who ferried the couple around in his VW Sharan, were released unharmed from the vehicle.

‘Lack of evidence’
On Monday, Dewani’s lawyers applied for the murder case against him to be thrown out of court for lack of evidence and the state’s prosecution team has agreed to provide reasons on Friday why the discharge application should be rejected. The court case will resume on Monday.

A British businessman, Dewani has denied all involvement in a plot to kill his wife. Judge Jeanette Traverso has ruled as inadmissable evidence from Leopold Leisser, also known as the “German Master”, who claimed he had sex sessions with Dewani as his client, as well as emails from a senior British parliamentary figure who claimed he had an affair with Dewani.

The state’s desire to point to his secret gay life as a possible motive for the murder was dampened when Dewani came out as bi-sexual at the start of his trial. Police were also unable to recover deleted cellphone text messages that electronic records reveal took place between Tongo and Dewani. Tongo’s cellphone was recovered, but police said Dewani’s cellphone was never retrieved.

Mngeni was not going to be called as a witness during Dewani’s trial, after he changed his plea to not guilty when he turned down Legal Aid representation and emerged in court with private lawyers. While Mngeni said he had been tortured by police when he made his earlier confession to Hindocha’s murder, the two private lawyers who represented him did not file a torture complaint with the police watchdog, the Independent Police Investigative Directorate.

Dayimani said this week Mngeni’s legal costs were funded by the Kenyan donor, and partly by his pro-bono work, which he said “almost bankrupted me.”

Funeral
Media reports and photographs of Mngeni’s funeral revealed a relatively low-key affair, with a marquee erected at the family’s home in an impoverished section of Khayelitsha township. Some family members wore t-shirts with a photograph of Mngeni, and he was buried at the local cemetery.

Mngeni’s grandmother Zanyiwe Mngeni said she had not found closure over her grandson’s sentencing and his death in prison. Dayimani had paid toward the funeral of her grandson, she said. “I could not afford his funeral and that is why I phoned him [Dayimani],” she said. “I asked him to help me.”

Her grandson had lived with her, and she said she would have to talk to Dayimani about whether she could take any legal action because she had heard the defence might have cast doubt over whether Mngeni shot Hindocha.

Dewani’s defence team’s version was that it could have been his childhood friend and neighbour, co-accused Mziwamadoda Qwabe who shot Hindocha, and not Mngeni. Qwabe accepted a plea bargain with the state and was sentenced to an effective 25 years for his role in the plot. Tongo was jailed for 18 years, in a plea bargain he struck with the state.

‘Edmondo’
At Mngeni’s trial in 2012, when he walked with the aid of a Zimmer frame, prosecutor Adrian Mopp hit out at Dayimani while he questioned Hindocha’s father Vinod in court. “He [Xolile Mngeni] is not paying for Mr Dayimani, so whose interest is Mr Dayimani serving?” asked Mopp. Dayimani then told the court that a mysterious Kenyan called “Edmondo” was footing his client’s large legal bill.

Earlier he had told the M&G it was a human right’s group who was footing the bill.

This week Dayimani said he had not had dealings with “Edmondo” and remained unaware who had funded him to legally represent Mngeni, as it was his client’s family who had been introduced to the donor.