Spread of Ebola linked to defecation in the open – UN 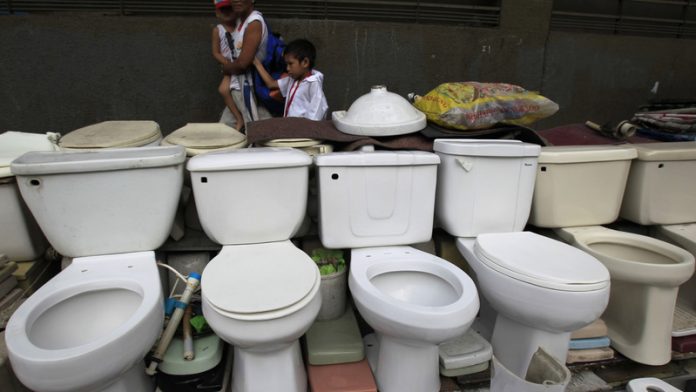 The United Nations called on Wednesday for an end to defecation in the open, with fears growing that it has helped spread the deadly Ebola virus ravaging West Africa.

Half the population of Liberia, the country worst hit by the epidemic, have no access to toilets, while in Sierra Leone nearly a third of people live without latrines, a new UN report to coincide with World Toilet Day estimated.

Before it was declared Ebola-free last month, Nigeria warned against defecating in the open to guard against the virus, which spreads through contact with bodily fluids.

The report said nearly a billion people worldwide are forced to go to the toilet in the open.

But the health risks of the practice are not confined to Ebola.

Women and children
In sub-Saharan Africa, where the UN said a quarter of the population defecate outside, diarrhoea is the third-biggest killer of children under five years old.

Studies estimate that a child dies every 2.5 minutes because of unsafe drinking water, poor sanitation and hygiene, the report said.

Women suffer most from the lack of facilities, with girls often denied schooling because of a lack of toilets, said UN deputy secretary general Jan Eliasson.

“Girls are more likely to drop out of school if they don’t have access to a safe and clean toilet. Women and girls can also risk harassment and sexual abuse when trying to find somewhere to defecate in the open. Universal access to sanitation has a clear role to play in defending women’s safety, dignity and equality,” he said.

Lack of funds
Progress had been made, but a lack of money continued to hinder progress, with 80% of open defecation confined to 10 countries.

Nearly half the world total for those who have no access to toilets are in India, followed in Asia by Indonesia, Pakistan, Nepal and China.

In Africa, 39-million people do not have toilets in Nigeria, with high rates in Ethiopia, Sudan, Niger and Mozambique.

Eliasson said that “success at ending open defecation goes beyond infrastructure. It requires the understanding of behaviours, cultural attitudes and social norms.” – AFP