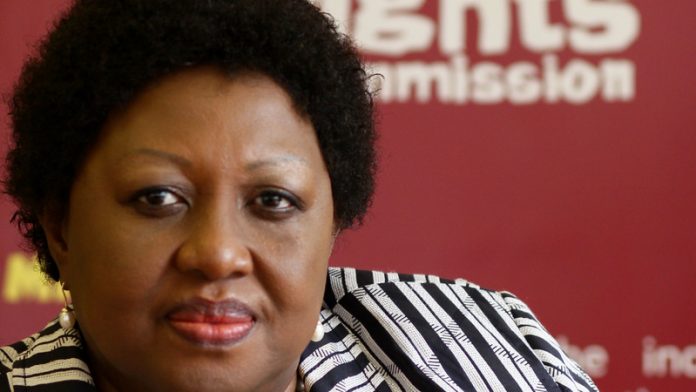 Twenty-five years after the adoption of the UN Convention on the Rights of the Child, 64% of South Africa’s children still live in poverty, and yet there is no dedicated focus in Parliament on the country’s children at this critical level.

In 1989, the Convention on the Rights of the Child became the first internationally binding convention to affirm human rights for all children. Commissioner Lindiwe Mokate, responsible for child rights and education at the South African Human Rights Commission (SAHRC), notes that it is the UN’s most widely ratified convention — an indication of its significance.

The CRC “happens to have been the very first international instrument that South Africa signed under President Mandela. We note, of course, that when he signed this in 1993, he wasn’t yet president. That for me is a measure of how critical he thought it was to act on behalf of the children of South Africa,” says Mokate.

Sadly, the commissioner says, not all protections under the CRC have been fully realised by this generation in our country. “Our concerns are that existing problems will be compounded for the next generation. Currently, about 37% of South Africa’s population is under the age of 18; and around 64% — 11.9-million — live in poverty.” Much still needs to be done, she says. Poverty, poor quality education, violence and lack of basic rights such as access to clean water and sanitation impact negatively on millions of children.

Mokate says: “The occasion of 25th anniversary of the UN Convention on the Rights of the Child must be marked by a review of our progress as a country and addressing our shortcomings.”

Rights, responsibilities and accountability must come to the fore, she says.

Significant progress has been made in many areas, says Mokate. “For instance, social grants have made a huge difference to child poverty in our country and is reported to have reduced hunger among children. But social grants alone will not eradicate poverty. We also have a problem of high unemployment — if that situation were to improve, we would see a major difference in the lives of children.”

The provision of RDP housing has also helped to reduce the number of children living in shacks, she says. In addition, good progress has been made in respect of early childhood development. But she cautions: “We need to pay special attention to poor children, because although there is no shortage of policies and programmes from government and many children are accessing them, a significant number of poor children are not benefiting from these. There has to be a special effort made to ensure that no child is left out.”

While progress has been made on many fronts, the country is failing its children in some areas, the commissioner says.

Poverty is a critical area to be addressed and, with it, the issues of unemployment, housing and access to basic services. While reported hunger among children may have dropped, the incidence of malnutrition appears to be on the increase and this is of particular concern.

“This increase in malnutrition is not a good sign, because malnutrition of course affects cognitive skills and children’s ability to learn,” she says.

Too many children also lack access to water, sanitation and healthcare. “Water and sanitation are critical in the lives of people. ‘Water is life’ is not just a slogan. We have come across a number of instances where people have no water. Children are expected to live and grow and be healthy and attend schools without adequate water and sanitation. There are many schools in our country that don’t have water or any form of sanitation.

“While South Africa has achieved high enrolment in terms of universal primary education, the quality of education is an abiding concern. This is borne out by rankings by regional and international bodies of the quality of our education. Our own Constitution makes basic education an unconditional right,” she says. “Education is a facilitative right, which enables you to perform for yourself as an individual and as an active citizen in your country, to bring up your family in the best way possible, and to make a contribution to other people’s lives. It is central to the realisations of our civil and political rights too.”

The question of violence against children is a significant one, Mokate says. “There is inadequate protection of children in South Africa. We see children subjected to violence at home, in the streets and in schools — in the very places where they are supposed to feel protected. Often it is carried out by the people who are supposed to protect them.”

This cycle of violence may well begin with corporal punishment at home, leading to violence at schools, she says. The upsurge in sexual attacks on children is another facet of this increasingly violent environment in which children are being raised.

“The government has to ensure that those who are responsible for law enforcement do exactly that, and that they are adequately trained to do that. They must also have the requisite skills to be able to protect the children even if this entails protection from adults who have the responsibility to look after the children.”

In a bid to offer greater protection to children, the SAHRC urges the government to implement all policies around the protection of children, including measures like the Child Protection Register, which records perpetrators of child crimes and prevents their working with children in future.

“Doing so requires co-ordination and co-operation among government departments, because implementation responsibility may rest with more than one department. Co-ordination and collaboration in some cases appears weak and must be strengthened,” Mokate says.

“The 25th anniversary of the convention is a milestone, encouraging taking stock and efficient use of limited resources more effectively to do better for our children.”

However, this accountability is not exclusively that of government, but extends to individuals and the private sector as right holders and duty bearers as well.

She added that “the collective societal response required for the protection of children recognises the invaluable gains by NGOs in defending and promoting children’s rights with very little resources”. Many corporates too, have contributed significantly, although Mokate cautions: “It’s important that children are not just used to offset tax. Thinking must consider what is needed for children and how resources can be best used. Sometimes people respond in random, ad-hoc ways and they don’t achieve the impact they would otherwise be able to if they were pooling their resources or working with cohesive strategies.”

Nothing should be more important to South Africa than its children, the commissioner believes. “Those who have responsibility should see this as an opportunity to look at how they have performed and do better by our children.”