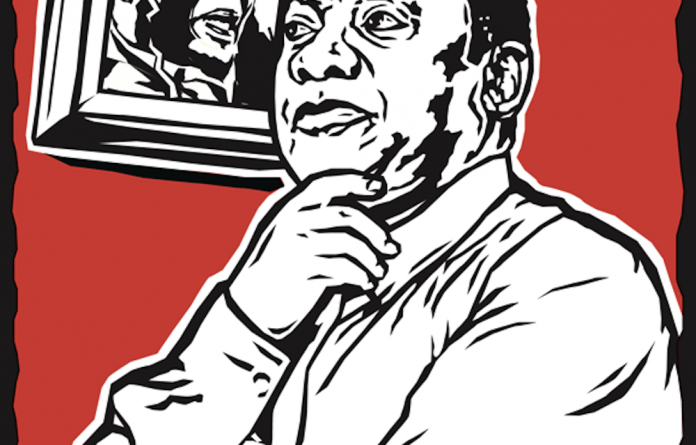 President Jacob Zuma is to be congratulated for his genius. After five years of confusion about his foreign policy and his trade and investment strategy, we now know. And the brilliance of it is that it combines the two: the aim is to project to the world the stereotypical image of the tinpot dictator who cares neither for South Africa’s reputation nor its desirability as a destination for foreign investment.

First, he sends the police to Marikana to kill striking miners. Then he siphons off public money to upgrade his personal mansion. Then he does a secret deal with the Russians to get nuclear power at a price that the economy probably can’t afford – in return, we can assume, for much-needed lolly for both his and the ANC’s coffers.

I sat last Thursday afternoon in a New York investment house, talking to analysts increasingly interested in Africa but increasingly disregarding South Africa’s prospects. They suspected that the country was in rut and its government had run out of ideas. I tried my best to identify the “upside”, against the torrent of questions about the “downside” – industrial strife and uncertain wage rounds, growing corruption, Zuma’s lack of leadership, policy constipation and ideological confusion, and socioeconomic instability driven by worsening levels of inequality.

Little did I know then, or even imagine, that at that very moment, 12 500km away in Cape Town, South Africa’s democratic Parliament was under attack.

Send in the riot police to arrest and assault the opposition. Again, a stroke of brilliance. A fast-track way to communicate your foreign policy and trade strategy. Who says the government can’t deliver?

Seriously, though, is this really happening? How could such a proud liberation movement have stooped so low, so quickly, and with such lamentably feeble resistance from within its ranks?

One is compelled to wonder if the ANC and its wider leadership (both the venal Zuma group and what remains of the “sensible left”) really understand how much harm Zuma is doing to South Africa’s reputation. Also in New York, South Africans spoke to me of their cringing embarrassment at Zuma’s visits to the United States, his being unable and unwilling to take questions or to depart from the script; his inability to convince or inspire.

It is a great pity because goodwill towards South Africa remains significant, as the high-level interest in a New York Law School conference on 20 years of South Africa’s Constitution this past weekend showed.

Perhaps Zuma thinks South Africa can and should turn its back on the world. Perhaps he thinks people “out there” don’t know or care. Perhaps it’s part of the South African DNA to be insular. If so, that’s an insult to those people around the world who supported the anti-apartheid movement and who now look on in shock and deep disappointment as South Africa becomes “just another country” and the ANC “just another contaminated liberation movement”.

On the last day of the conference, a panel on the right of access to information highlighted the good, the bad and the downright frustrating in South Africa’s state of affairs.

University of the Witwatersrand academic Fola Adeleke told how, after a six-year legal battle, the Mail & Guardian finally prevailed in its attempt to gain access to the report commissioned by then-president Thabo Mbeki on Zimbabwe’s 2002 election. It was compiled by Constitutional Court Judges Dikgang Mosenke and Sisi Khampepe, and found categorically that the election was not free and fair, contrary to the findings of the official South African observer delegation, who were presumably instructed by Mbeki to deny the truth.

It affirmed the point that the rule of law prevails, however much the government may waste public money fighting no-hope cases with legal filibustering. It also reminded us that the rot started some time ago. Though we may miss him at times, Mbeki has a great deal to answer for.

A Wits colleague of Adeleke’s, Lisa Chamberlain, gave an account of how the right to access to information is being used by citizens to help them fight corporate abuse of power, such as in the case of ArcelorMittal and the Vaal River, and to press the government to meet its obligations in terms of socioeconomic rights, such as the right to healthcare.

The right of access to information is not just being used by truculent newspapers and opposition parties to ruffle feathers, but also by communities and the socially marginalised to help them engage meaningfully with those in power.

Nonetheless, the Constitution is contested territory and we have entered a new era with a much harsher climate. As polymathic Judge Dennis Davis put it in his keynote address at the conference, the Constitutional Court “was required to develop an institutional legitimacy in its first decade”, but that “this enterprise, as it was conducted in its first decade, during the Mandela era, is manifestly no more. The challenges are greater, the strain is more evident and the demands for the court to keep alive the transformative constitutional vision have become more apparent.”

This chimed with an earlier discussion at a meeting of activist public-interest lawyers at the Ford Foundation, where the conversation had turned to political economy and economic policy.

It is true that the progressive left fails to offer an economic policy alternative. And, until the relationship between law and politics and the economy is fully understood, those claiming and litigating human rights will be fighting a one-dimensional, rearguard battle.

As the ANC mounts a fightback against the Constitution, so the pressure on the Constitution and the Constitutional Court is likely to increase – and so the responsibility of lawyers and judges will also be to position their adjudication within a far more profound understanding of the socioeconomics of the country.

As Davis put it: “When it comes to the background rules of private law, which rules play so important a role in the distribution of wealth in the society, the reluctance of the courts to have forged ahead far more courageously and developed a better and more coherent jurisprudence is truly regrettable.

“Whether courts will obtain another chance in the presently short political circumstances is open to question. To date the courts have held the line against intrusions by the executive and legislature into areas of the domain of deliberative democracy. But key and more demanding challenges lie ahead … Not all is lost, but increased political pressure coupled to new judicial appointments pose unpredictable challenges.”

Against this backdrop, one has to ask: where is the progressive, principled voice in the ANC? Does it still exist? Much analysis and expectation have been premised on the belief that it does – and that it continues to beaver away, far from the distracting noise on the surface, and that it will somehow “hold the line” within the body politic.

Deputy President Cyril Ramaphosa has, for some of us, been the embodiment of this perhaps misplaced notion. Yet, notwithstanding his efforts to bring calm and reason to Parliament earlier this week, time is running out for Ramaphosa. Countless times I have been told by colleagues and comrades from the left, whose views I respect, that my hopes for Ramaphosa are hopelessly misconceived.

When, earlier this year, I asked an eminent black businessman who chairs a large publicly listed company what he thought about Ramaphosa’s role, he said: “The problem with standing next to shit is that you can easily end up smelling of shit.”

Black professionals, it seems, are turning against the ANC. There is evidence to suggest that many favoured the Economic Freedom Fighters with their votes and money in May.

So, Mr Ramaphosa: resign or speak up. It’s a clear choice. Burrowing away inside government, pretending you are bringing order when such collateral damage is being done to the constitutional project and to South Africa’s reputation, is no longer a viable or reasonable option.