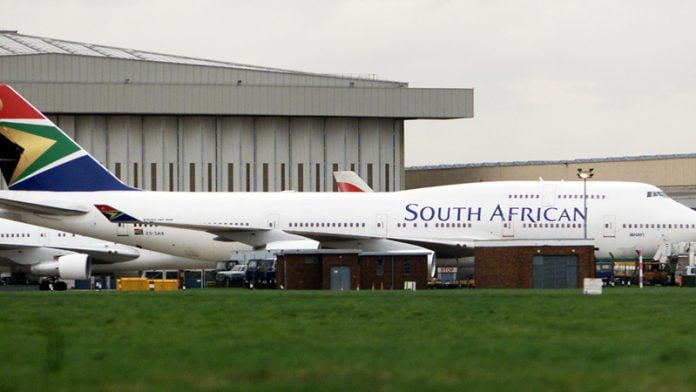 South African Airways (SAA) acting chief executive, Nico Bezuidenhout, is the latest in a series of high-profile executives and politicians who have been exposed for overstating their qualifications, Sunday Times reported.

SAA admitted this week that its 2011 and 2012 annual reports were wrong to state that Bezuidenhout had a BCom in transport economics and industrial psychology as well as an MBA.

The airline, which reportedly spoke on Bezuidenhout’s behalf, provided a 10-page CV on Friday that said he had enrolled for a BCom at the then Rand Afrikaans University (now the University of Johannesburg) in 1995, a year after completing matric.

His academic records revealed that he dropped out the following year.

In 1997, he registered with Unisa for a BCom majoring in industrial psychology and transport economics.

According to Bezuidenhout’s CV one subject, taxation, had been outstanding for 14 years.

He then reportedly registered for an MBA with Milpark Education, but did not submit the required thesis.

Last year, the SAA board asked Bezuidenhout, who was the Mango chief executive, to oversee the group’s operations after then acting chief executive Vuyisile Kona had been placed on precautionary suspension.

SAA at the time said Bezuidenhout had never made it a secret that he did not complete his degrees in industrial psychology or transport economics. He chose to rather start working.

The company said due to an editing error SAA’s 2011 and 2012 annual reports mistakenly stated that Bezuidenhout had completed his degrees. Earlier this month, Bezuidenhout was again appointed as acting chief executive to stand in for suspended chief executive Monwabisi Kalawe.

DA wants Bezuidenhout suspended
The DA on Sunday called on the airline to suspend Bezuidenhout pending the outcome of an inquiry into his appointment.

“Reports today confirm that Mr Bezuidenhout has misled SAA and does not hold a BCom degree or an MBA as previously cited on his CV and the SAA annual report,” DA MP Natasha Michael said in a statement.

“Mr Bezuidenhout has clearly misled the airline, and therefore his appointment must be set aside.”

She said she would write to the chairperson of the portfolio committee on public enterprises, Dipuo Letsatsi-Duba, requesting that a parliamentary inquiry be conducted into the circumstances surrounding Bezuidenhout’s appointment.– Sapa