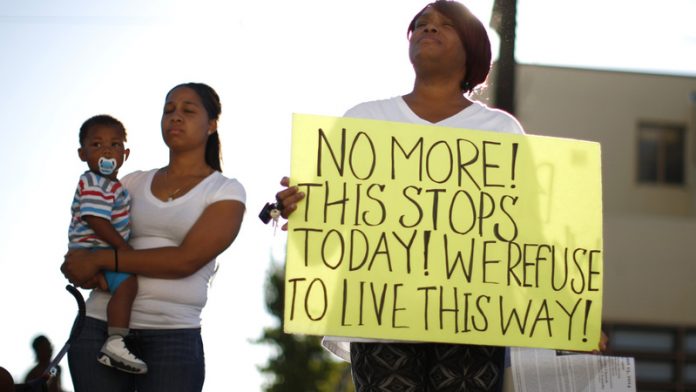 A curious press statement was sent out by the South African presidency yesterday. It announced the usual launch of South Africa’s “16 Days of Activism for No Violence against Women and Children campaign”; that particularly catchy phrase we’re treated to about this time every year.

This year is significant though, because we’ve been doing this for 16 years apparently. It sounded kind of catchy: 16 years of 16 days.

There were a few possibilities the press release could have played around with in terms of phrasing, given this neat numerical coincidence.

The presidency, however, went with this unfortunate line:

“The campaign will also mark its 16th Anniversary of raising gender based violence, reflect on 20 years of democracy and 60 years of the Women’s Charter.”

In its race to tell us its interminable “good story”, government forgot one rather important word in all of that: awareness.

So why did the government’s infamous “department of women, children and people with disabilities” (DWCPWD) not send out the 16 days press release? It has a new minister in Susan Shabangu and all the other resources dedicated to a government department.

Because the department, unsurprisingly, is in crisis: mired in deeply sexist views and unable to get its house in order.

It failed to present a performance report for the second quarter of 2014 to its parliamentary oversight committee on November 2, resulting in a massive fallout between the department and committee members, who threatened to make the department pay for wasting its time.

The minister did not bother showing up to the meeting and other departmental officials, such as the director general, appeared to have wandered into the meeting at their leisure, according to minutes about the meeting.

Shabangu herself has no great record in gender activism, a fact that became painfully clear in an “engagement” with stakeholders shortly after the disastrous engagement with Parliament.

Addressing activists and community leaders about the department’s plans for the 16 days campaign, the minister seemed to encourage a series of shocking views about women and gender.

An angry press statement sent out by some of the country’s most respected NGOs described the awful meeting:

“The Minister then invited Mpumalanga Chief Moses Mahlangu to share his comments. He announced to the crowd that women must be submissive to their husbands.

“Princess Dineo, from the Northwest Province, then stood up to tell us that feminism is un-African and encouraged the Minister to cut all funds for centers for abused women and children, as they should be dealing with these issues at home. Both speakers received nods from the Minister on the dais and applause from the audience.

“Others followed decrying women’s abuse of men and women’s aggression as the biggest challenges.”

It’s gobsmacking that these views are actually being encouraged – in a discussion about gender violence, no less. And it makes that presidential typo, of celebrating 16 years of “raising gender based violence”, all the more bitter.

Various studies and surveys have revealed gut-wrenching levels of violence against women in South Africa. Domestic violence, in one form or another, is thought to affect as many as one in two women in some parts of the country. And while femicide rates have dropped, one woman was killed by a partner every eight hours in South Africa in 2009.

So what did government do about all of this? Our politicians have stayed achingly silent where it matters, and all our representatives have studiously refused to seriously champion what is clearly a crisis in the country.

Instead we have been treated to a series of bureaucratic boxes being ticked, including the establishment of the bizarre DWCPWD in 2009.

The department has been plagued with issues since its inception, including allegations of corruption.

Besides the obvious flaw in ghettoising what should be a universal problem, the department seemed to get very little done while its leaders were paid massive salaries and travelled extensively to international conferences.

When President Jacob Zuma announced his 2014 cabinet it was widely expected the department would be scrapped. After all, it lists as its achievements targets that are carried out by other departments such as social development.

Typically, Zuma went for a political compromise and it has been absorbed into the presidency.

But what is the department doing with the substantial public funds at its disposal? With no performance review for the second quarter of 2014, it’s difficult to tell. Presumably holding more “stakeholder engagements” to air the deeply problematic views that have created an “epidemic of gender-based violence unparalleled almost anywhere else in the world”, as the disgusted activists at the last meeting put it.

As I’ve said before, let’s take the money spent on this disastrous department and spend it on existing researchers and activists doing government’s work while it puts out stupid press statements and holds even stupider meetings.

Yet another treaty aims to protect African women. But how will it be enforced?