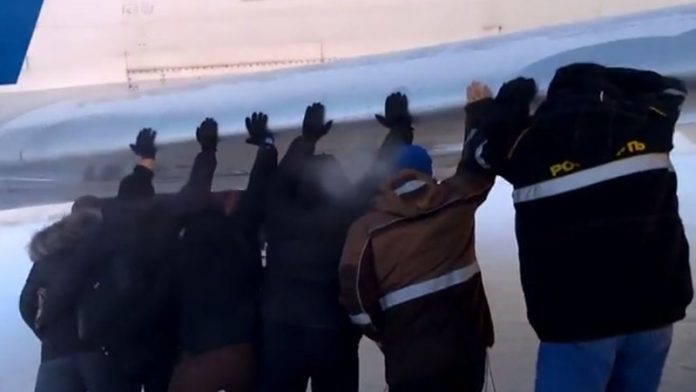 A 51-second video has emerged on YouTube showing Siberian airline passengers pushing their plane in temperatures of -52°C after its wheels were frozen to the ground.

In a rather unprecedented move, instead of waiting to get help, passengers decided to get out and push the frozen plane themselves.

The video shows a group of 74 passengers shouting as they push the Tupolev plane on the snow-covered runway in Igarka, which is beyond the Arctic Circle.

One man is heard saying, “Everyone wants to go home.” while another one shouts “Let’s go.” According to reports the incident happened on Tuesday.

Transport prosecutors in western Siberia said they were investigating the incident. “Due to the low air temperatures, the chassis’s brake system froze and a tow truck was unable to move the plane onto the taxiway to carry out the flight,” Russian prosecutors confirmed in a statement.