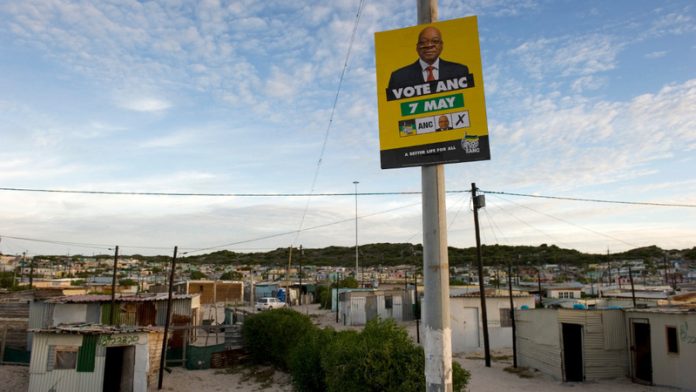 When President Jacob Zuma addressed his supporters after the proclamation of the results of the 2014 general elections, he said the ANC had fought its hardest battle ever. Little did we know it was also the ANC’s most expensive election ever.

For the party to secure 11.4-million votes nationally, it had to spend almost R500-million. The party’s support dropped from 65.9% in 2009 to 62% this year, losing an effective 15 seats in Parliament.

The election cost the movement an unprecedented R429-million, according to the financial report tabled by the ANC treasurer general Zweli Mkhize at a national executive committee (NEC) meeting last weekend. It was leaked to the Mail & Guardian this week.

The secretive nature of political funding across the board has been a contentious issue for a long time. None of the other parties’ funding figures is available, but this year’s campaign is the “most expensive election” the ANC has ever contested, according to Mkhize’s report.

The figure is not a true reflection of the ANC’s election splurge because the report does not mention the costs of catering, event management, performers or security.

Neither Mkhize nor the ANC secretary general, Gwede Mantashe, would comment. Mantashe said he was not the treasurer general. “And I think you are into mischief. You just want a headline for tomorrow,” he said in an SMS.

An NEC member, who wanted to remain anonymous, said the treasurer general’s report could be missing some information because it was not accompanied by bank statements. “Remember, we are a liberation movement. We don’t reveal everything,” the NEC member said.

“There is a possibility that we are in much deeper trouble financially, or that we have got some money [that is] not recorded.”

Zuma said proudly at the time the ANC had “painted the streets yellow”.

Yellow T-shirts
We now understand that he was referring to the five million yellow T-shirts the ANC handed out. Party leaders, members, supporters, hawkers and even the media were given the garments bearing Zuma’s face. It was the biggest number of T-shirts ever procured for a local election campaign.  The ANC in effect paid more than R118-million for them, exceeding its initial budget of R24-million almost fivefold.

But as the colour of those Chinese-made T-shirts fades, the ANC still owes at least R4.5-million to four companies for the printing on them.

The financial report also reveals how expensive it was for the ANC to provide parties for its supporters. The ANC manifesto launch in Mbom­bela, featuring some of the country’s most famous musicians, came with a hefty price tag of R17-million.

On the election trail, Zuma and other party leaders constantly referred to the ANC’s “good story to tell”. The party had a slick advertising campaign to tell the good, but exorbitant, story – that bill was at least R83.7-million.

To get people to vote for it, the ANC used the same smiling Zuma picture on its posters and billboards. For those, the party had to part with R27-million.

But the event that was the pride of the ANC, its siyanqoba, or victory, rally, saw the FNB stadium filled with ANC supporters. With a special ramp for the president to parade on in front of his supporters, the event cost at least R21-million.

Desperate move
As the elections drew closer, the ANC seems to have grown desperate and it pulled out all stops for its election-day volunteer campaign – at a cost of nearly R67-million.

Political analyst Ebrahim Fakir said it was inevitable that the ANC would spend as much as it did as it was facing insurmountable challenges.

“They had to deal with Marikana, the arms deal, perceptions of corruption, a scandal-prone president, Nkandla and even service delivery protests,” he said. “They had to spend as much as they did.”

He said the formation of the Economic Freedom Fighters also made the ANC worry. “You had a situation where one of your key campaigners was now contesting in another party.”

The ANC still owes R4.5-million for the printing on its election campaign T-shirts. (Madelene Cronjé, M&G)

Fakir said the report raised an ethical question: Should political parties have a cap on their election spend? “It also raises a discussion to say where did this money come from.”

Of all the money the ANC has spent since 2012, 47% of it went on the elections alone. And this is not all of it. “This, however, does not include expenditure that was incurred outside the main procurement of goods and services for elections,” according to Mkhize’s presentation.

Sources in the NEC said the figure was not a true picture of the ANC’s election-related expenses.

“They don’t mention services. You know the ANC doesn’t put everything on the books,” one source said.

Fakir said the ANC could have under-reported its expenses.

Spending much higher
The NEC member said the ANC had spent much more than the half-a-billion rand recorded in the financial report. “There is a lot more that is not reflected, like what provinces spent. We don’t take money from the ANC coffers. Each province raises its own funds.”

The report shows that advertising and promotions took the bulk, 32%, of the ANC’s budget. Events and rallies came to 6% and its paid-out grants cost it 7% of its budget.

More than six months after the May 7 elections, the ANC still owes R31-million, with 16 creditors waiting for their money.

“We have negotiated with the creditors on payment plans to pay off the debt,” Mkhize stated in his report.

But it appears that many suppliers did not want to burn their fingers twice with a party notorious for nonpayment. “A lot of suppliers required us to pay up front for goods and services due to previous debts that had not been settled.”

The ANC notes that most of the election funding came from donations. But it did not gives details of how much it received in donations or from whom.

“The ANC has recorded revenue of close to R1-billion [overall] and has spent all of it,” Mkhize said.

It received R147-million from the Independent Electoral Commission party funding allocation in the past two years, which constituted 16% of its income.

The ANC is struggling to look after its property portfolio, with some buildings occupied by squatters and others derelict.

ANC treasurer general Zweli Mkhize’s report to the National Executive Committee (NEC) meeting last weekend revealed that it was difficult for the party to verify all its properties because title deeds were not available and because some properties were sold without proper documentation.

The M&G has seen a copy of Mkhize’s report.

But a bigger problem for the ANC is the many properties it owns in foreign countries, which housed the liberation movement during its exile days in apartheid years.

These include four properties in London, at least 25 in Zambia, five in Tanzania, 23 in Zimbabwe, one in Brussels and two in Botswana, giving a total of at least 60. But the ANC can only account for 39 of its properties, and these are valued at just over R313-million.

Mkhize said that the laws of various countries governing property rights and evictions made it difficult to maintain its properties.

Nora Court in Harare is one of 23 properties the ANC owns in Zimbabwe. (Aaron Ufumeli)

It is not only the ANC’s properties outside the country that are being neglected. The party’s first headquarters after its unbanning – Shell House at 1 Plein Street, in Johannesburg’s city centre – is occupied by illegal tenants and is an “eyesore”, according to the report. It would probably be sold soon.

“It is becoming an embarrassment, losing value and beginning to cost the ANC heavily in rates and reputation and attracts criminal elements and negative publicity,” Mkhize’s report reads.

It was from Shell House that Mandela led the ANC’s election campaign in 1994.

Its value is R23.7-million. Shell House is owned by Dakawa Properties, a property holding company of the ANC.

Mkhize said the party needed to act quickly before it loses one of its most valued assets.

“The property is in a prime spot; it’s highly sought after by developers, with potential to develop it for commercial and residential purposes,” Mkhize said in his report.

An NEC member, who requested not to be named because he is not mandated to speak on behalf of the party, said some of the properties the ANC owned in foreign countries were dilapidated.

“If Shell House is dilapidated here in Johannesburg you can imagine what’s happening to those that are outside the country,” he said, adding “poor management” of ANC properties led to the neglect.

“We have mandated head office to send assessors to all these places and will get a report at the national general council,” he said.

Several options were put on the table at the NEC meeting, such as getting into joint ventures with partners that can help the ANC to manage, sell or rent the properties. – Additional reporting by Mmanaledi Mataboge