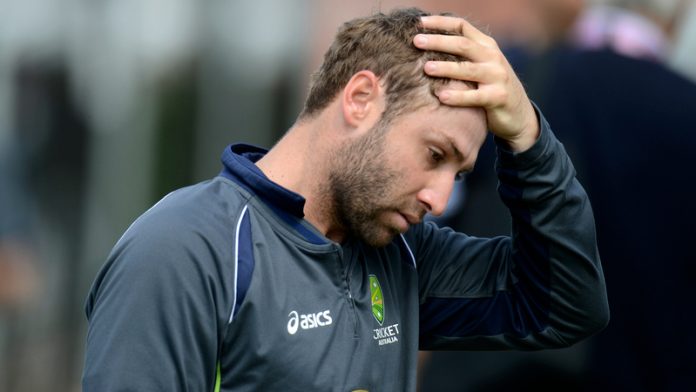 Cricketer Phillip Hughes’s death will reopen the decades-long debate on how batsmen can be protected from a potentially lethal five-and-a-half ounce “missile” travelling around 140kph.

The 25-year-old Australia international died on Thursday, two days after being struck down at the Sydney Cricket Ground, illustrating starkly that batsmen put their lives on the line every time they face fast bowling.

Despite wearing a protective helmet, Hughes never regained consciousness and died from his injuries after trying to play a short-pitched “bouncer” in a domestic match and being hit on an unshielded area at the base of his skull.

Masuri, the UK-based manufacturer of the helmet worn by Hughes and one of the leading suppliers of protective headgear to the world’s top batsmen, said that Hughes’s injuries were sustained in an area of the head that is difficult to protect.

“From the footage and pictures currently available to Masuri, it appears that Phil Hughes was struck by the ball to the rear of the grille and below the back of the shell,” Masuri said in a statement on Wednesday.

“This is a vulnerable area of the head and neck that helmets cannot fully protect, while enabling batsmen to have full and proper movement.”

The question of how batsmen should protect themselves from a blow on the head is not a new one.

Patsy Hendren, the Middlesex and England batsman, briefly wore a reinforced, multiple-peaked cap made for him by his wife in 1933 following England’s infamous “Bodyline” tour of Australia in 1932/33 that featured short-pitched, hostile bowling.

Hendren quickly abandoned his innovation and for more than 40 years, batsmen made do with caps, sun hats or – as was usually the case – nothing on their heads.

The Laws of Cricket were adjusted to rule that repeatedly bowling short-pitched deliveries was “unfair”, however it was rare to see bowlers warned, much less withdrawn from the attack, for bowling an excessive number of bouncers.

The mid-1970s saw England’s Mike Brearley experiment with a protective skull-cap worn under the regular cap.

But the most notable change in headgear came during Kerry Packer’s World Series Cricket in the late 1970s which attracted an exceptional crop of fast bowlers, including the West Indies’ Andy Roberts, Wayne Daniel, Michael Holding and Joel Garner.

Ban the bouncer?
Batsmen facing a short-pitched barrage decided to take matters into the their own hands and sought ways to protect their heads.

England’s Dennis Amiss, who had struggled against Australia’s celebrated fast-bowling duo of Dennis Lillee and Jeff Thomson during the 1974/75 Ashes, was a pioneer of the batting helmet.

“The problem was that it covered your ears, making it difficult to hear.”

It was superseded by the forerunner of the ‘cap’-design helmet which is now commonplace, with plastic visors giving way to metal grilles.

Former England captain Michael Atherton, an opening batsman, wrote in Wednesday’s edition of The Times: “Maybe helmets had made us a little complacent, then. Certainly, they have changed the game beyond all recognition.”

Atherton added that whereas in the pre-helmet era batsmen generally hooked cautiously and infrequently off the back foot, helmet-wearing players such as Australia’s Matthew Hayden were emboldened to hook off the front foot, a potentially riskier option.

Yet Vivian Richards, one of cricket’s greatest batsman, bucked the trend by hooking some of the fastest bowlers the game has known during the 1970s and 1980s with nothing more than a West Indies cap on his head.

“That you should cover yourself in a suit of armour, to make yourself brave, or to enable you to hook – when you never hooked in your life – just because you’ve got a helmet on. That’s rubbish,” Richards told the Guardian in 2009.

One way to improve batsmen’s safety would be an outright ban on bouncers – the game’s “terrible beauty” to use Atherton’s phrase.

Before Hughes’s death such a ban would have been almost unthinkable. Not so now. –ÁFP