End of the world and we’re… nooit! 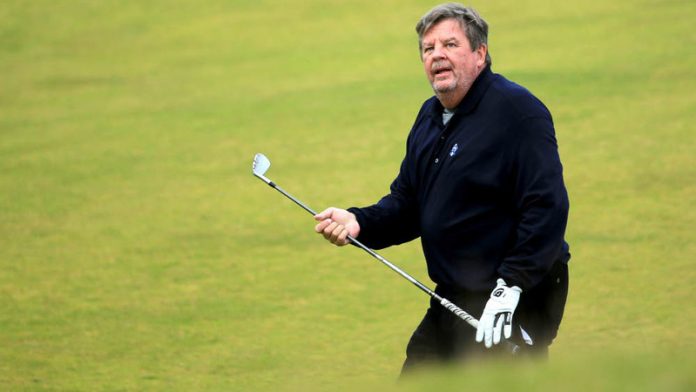 These are the signs of the not-quite apocalypse.

Generators are flying off the shelves, particularly since Eskom released its results this week and painted a grim picture of potential rolling blackouts in the near future.

“There was a lull where we weren’t moving any stock, but the last couple of weeks we have these people walk in and go, ‘I need to be off the grid’,” says Peter, a mega-hardware store manager in Johannesburg. He didn’t give his surname because it is company policy that employees don’t speak to the media.

Many customers are determined to be independent of Eskom, but they are not preparing for a total breakdown of civilisation – no one seems to be storing anywhere near the amount of diesel or petrol necessary to survive in the warm comfort of electricity while anarchy and motorcycle gangs roam a fearful country.

There was, admittedly, a run on bottled water – during Gauteng’s recent water crisis when the taps ran dry. But it was limited to the province, and the demand abated as soon as the taps were turned back on.

No fistfights
Perhaps most tellingly, there have been no reports of fistfights breaking out over the last can of baked beans on the supermarket shelves, and candles and toilet paper are easy to find at prices that, the pernicious effects of inflation notwithstanding, do not quite qualify as profiteering.

So if the end is indeed nigh then the hardy individualists who intend to survive it have not yet got the memo – and they are not the ones sounding the warnings.

The emergency systems set up to counter the “night of the long knives”, the prophesied systematic slaughter of white people that was due after the death of Nelson Mandela (but now indefinitely postponed because of technical problems, it seems), are dormant.

The township anticrime networks, based on the self-defence units of old, have not started patrolling the borders of their settlements to keep out marauding looters, even if they are more than a little worried about the levels of street robbery taking place in broad daylight.

Instead, the warnings are coming from loftier places. This week billionaire businessperson Johann Rupert told a Remgro annual meeting that South Africa could be approaching the “sudden stage” of a bust that comes first gradually, then suddenly.

Two weeks ago, celebrity investment strategist Magnus Heystek warned in a Moneyweb column that South Africans should get their money offshore before the inevitable happens, because they may just wake up to find out that, while they hesitated, authorities changed the rules to prevent them from doing so.

“It will happen overnight, without warning and at precisely the time when the demand for foreign assets is at its peak,” he warned.

African Spring
And the week before that, political commentator Max du Preez warned that South Africa’s version of the Arab Spring uprisings could come well before 2020, although he, at least, does not consider it inevitable.

“We will need all hands on deck – business and industry and civil society – if the ship is to survive and South Africa is to avoid its own Tunisia Day,” Du Preez wrote.

But the sentiments of these men, all of whom happen to be far better off than average, do not seem to be entirely representative.

“Now that you whites see people shouting in Parliament, you think there is trouble,” said Wisdom Maseko, a long-time service delivery protester in the Themb’elihle township, south of Johannesburg.

“We have been saying for a long time there is trouble. You didn’t notice. Now you think it is worse?” said Maseko.

“No, my brother, things haven’t changed; you have changed.”